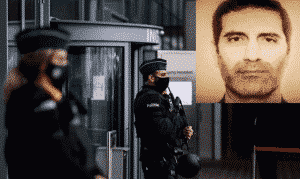 Mohammad Mohaddessin, Chairman of Foreign Affairs Committee of the NCRI

Belgian prosecutors request 20 yrs jail for Iranian “diplomat” Assadollah Assadi, 18 yrs for both Saadouni & Naami, 15 yrs for Arefani, the latter three to be stripped of their Belgian citizenship & their money from Iran intel confiscated.

Undeniable evidence proves Assadi directed the June 2018 bomb plot under orders from Iran’s intel. Iran’s defense is based on Assadi having diplomatic immunity. But prior to this German&Belgian supreme courts had both rejected this claim& considered his arrest legal

Belgian prosecutor & our lawyers said Assadi could have been arrested in Austria where he was missioned, let alone the crime taking place outside of Austria. Orders from Iran for Assadi not to attend today’s court shows the crime was organized by the regime

1)Belgian prosecutors request 20 yrs jail for Iranian “diplomat” Assadollah Assadi, 18 yrs for both Saadouni & Naami, 15 yrs for Arefani, the latter three to be stripped of their Belgian citizenship & their money from #Iran intel confiscated.#ShutDownIranTerrorEmbassies 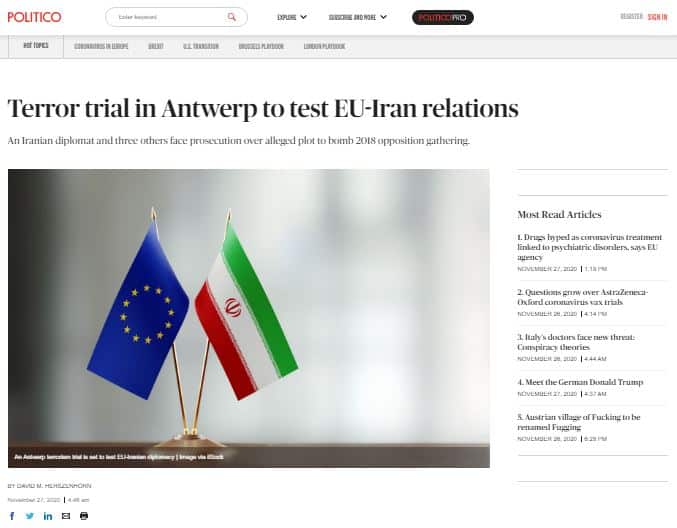 The device was nicknamed “the Playstation” — but, according to Belgian prosecutors and intelligence officials, it was no game.

Allegedly handed off by a Vienna-based Iranian diplomat to an Iranian-Belgian couple at a Pizza Hut in Luxembourg in June 2018, it was a powerful bomb intended to attack a convention of thousands of opponents of the Iranian regime just outside Paris a few days later.

During these hard times when many have become unemployed from the COVID19 pandemic and the crumbling economy, the regime further aggravates the hardships of Iranians. pic.twitter.com/igpelIr5Ks 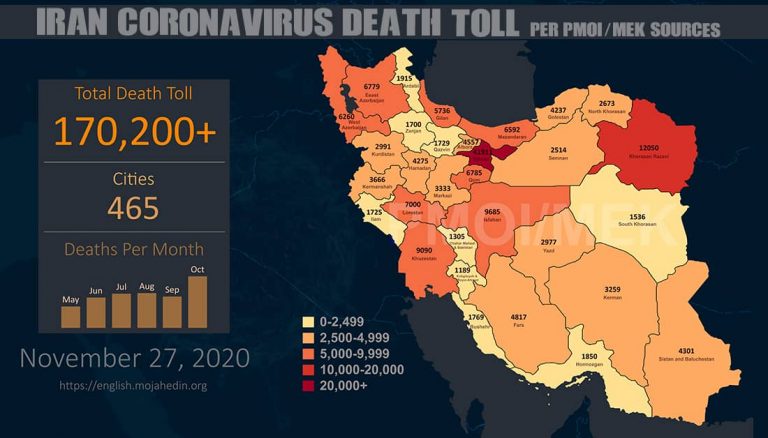 More than 170,200 people have died of the novel #coronavirus in 465 cities checkered across all of Iran's 31 provinces, according to the Iranian opposition PMOI/MEK. 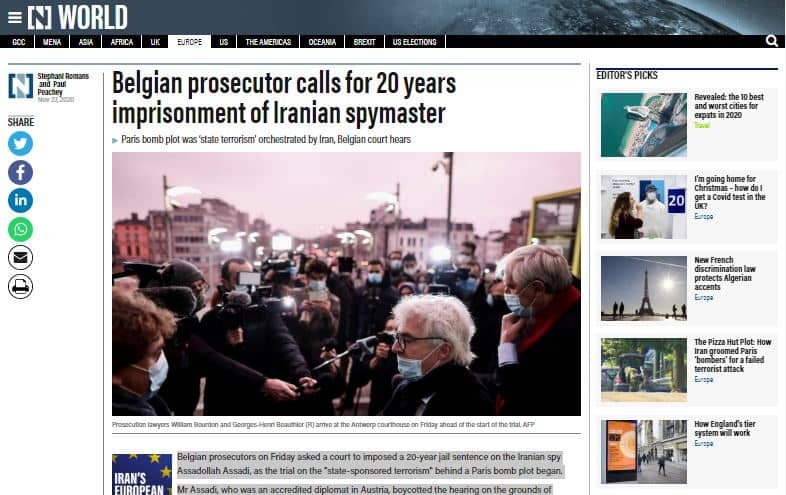 Belgian prosecutors on Friday asked a court to impose a 20-year jail sentence on the Iranian spy Assadollah Assadi, as the trial on the “state-sponsored terrorism” behind a Paris bomb plot began.

Mr Assadi, who was an accredited diplomat in Austria, boycotted the hearing on the grounds of diplomatic immunity. The court however pressed ahead with the trial, in which he is accused of directing a married couple to carry out a bombing against an Iranian opposition meeting near the French capital. 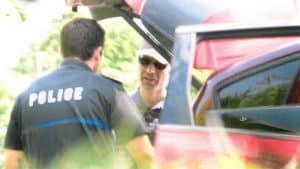 For the first time in history, an Iranian diplomat is trialed in Europe on charges of plotting a terror attack, a rare, exceptional, and important development, according to many western media.

Assadollah Assadi, the Iranian diplomat, is standing trial today in Antwerp, Belgium, for leading three terrorists to plot a bomb at the annual gathering of the Iranian opposition movement the National Council of Resistance of Iran (NCRI) on June 30, 2018, in Villepinte, near Paris.

The evidence found during the judicial process against Assadollah Assadi, who is the third counselor of Iran’s embassy in Vienna, Austria, left no doubt that the entire regime was involved in a terrorist act in 2018 on European soil.

Border guards opened fire on a group of porters in the Nosud border region in Kermanshah Province, Iran

Border guards opened fire on a group of porters in the Nosud border region in Kermanshah Province, W. #Iran, on November 25 Two porters, Reza Yousefi and Omid Rahimi, were wounded &subsequently transferred to a hospital in Paveh for treatment. pic.twitter.com/WtX0TQAPIw