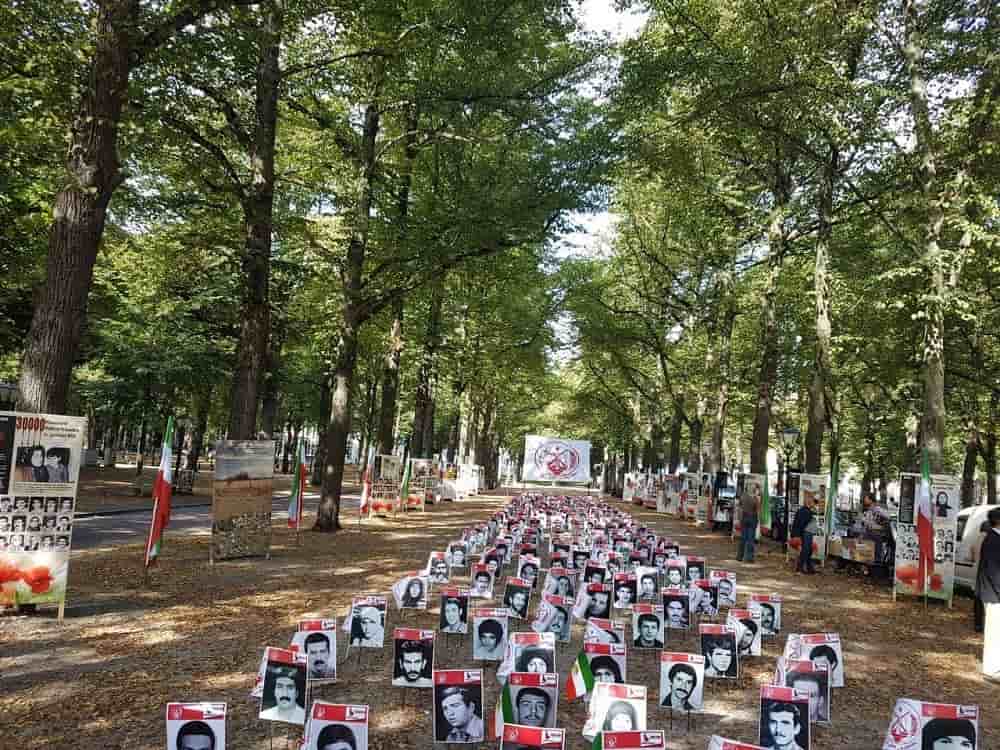 Today, September 22, Iranians and supporters of the Mojahedin Organization demonstrated in front of the court of Stockholm, where Hamid Nouri, one of the perpetrators of the 1988 massacre in Iran is facing justice. The protesters called for the persecution of all those who committed crimes against humanity in Iran.

Sima Mirzaei addresses protesters and family members of the martyrs who were executed during the massacre of political prisoners in 1988. 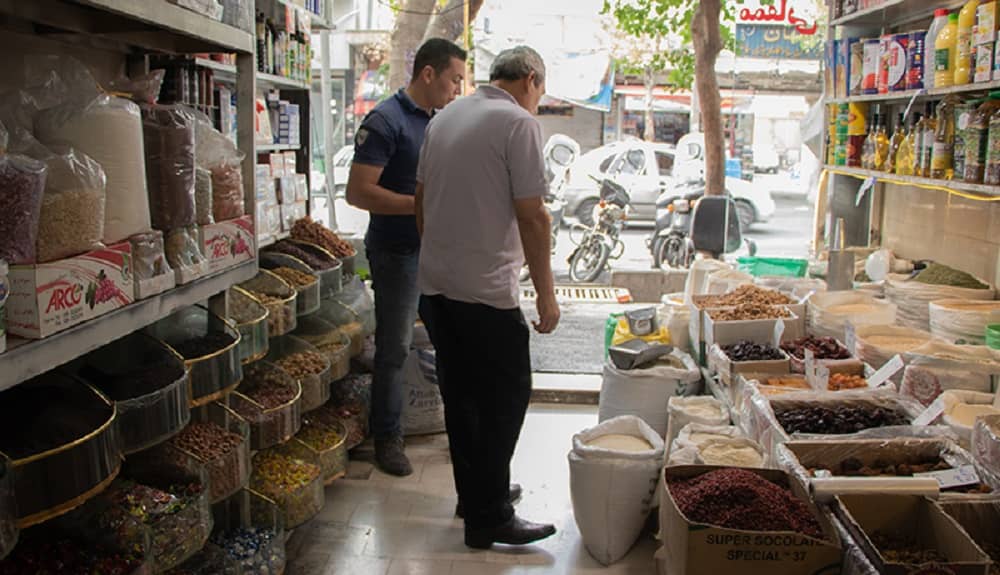 Jalaloddin Mirzai Razaz, President of the Iranian Nutrition Association said: “Given the economic situation in the country, one of the areas that has been severely damaged is food security. As a result, per capita consumption of meat, dairy products, and items that have become very expensive and this has severely damaged the nutrition, with low-income groups suffering the most.”

According to the state-run Tejarat News, the increase in the price of food items is not in line with people’s income. Some people can no longer afford the standard calories they need on a daily basis. Statistics from the Ministry of Labor also show that the consumption of basic goods such as meat, rice, and dairy products in Iran has decreased since 2019. 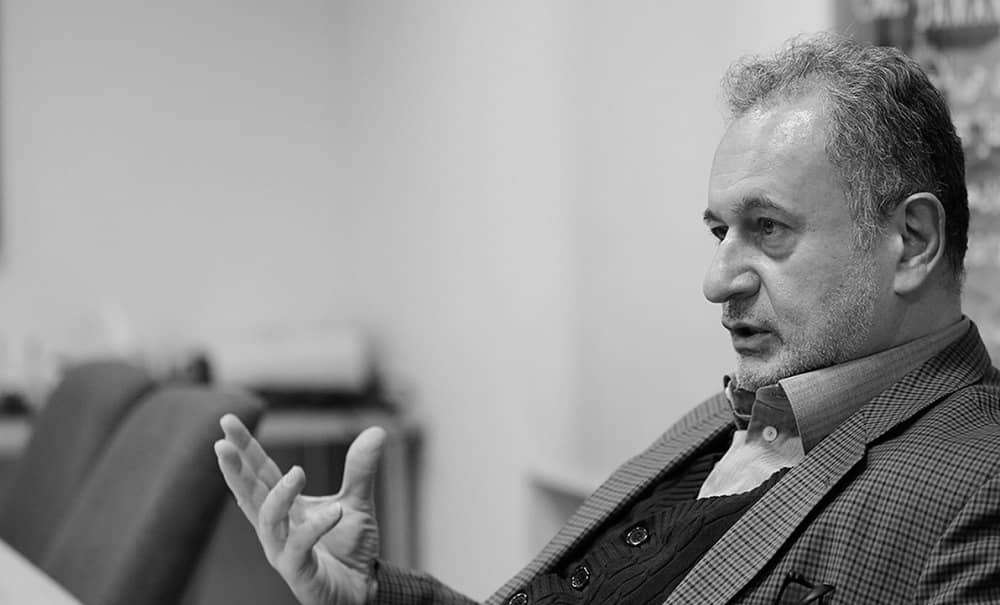 While Ebrahim Raisi vows to bring the economy back on track and forecasts huge growth, a state-affiliated economic expert dismissed these statements. According to the state-run G-Plus website, Gholamhossein Hassantash, an expert of energy economics, referred to the regime’s deteriorating situation in the oil and petrochemicals industry, stating: “Without lifting financial and banking sanctions, there’s nothing much we can do to sell oil. Currently, selling our petrochemical products is even worse than selling raw materials. This means if we would sell the raw material, it would be more in the country’s interest.”

Following the demolition of several houses by municipality agents and the police in Zahedan, an elderly woman whose house was completely destroyed suffered a heart attack. The regime officials that wanted to confiscate their lands under the pretext of “illegal construction”, made many people homeless overnight and now these locals have to bear the cold, poverty, and the pandemic without shelter. 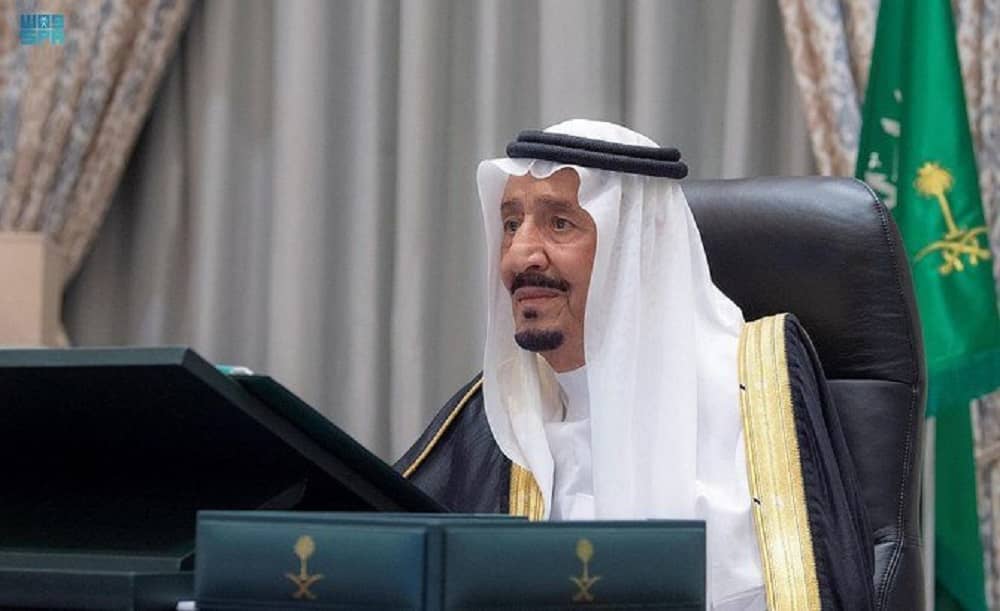 “The daily death toll of 600 or 700 people that we see is truly catastrophic,” he added. “When I went to Mashhad, it was really a tragedy… More than 80 percent of the patients were intubated.”

Meanwhile, a newspaper criticized other comments made by the health minister and called him out for his hypocrisy.

“The Minister of Health claims that we have vaccinated more than 50% of the people so far,” the state-run newspaper Jomhoury Eslami wrote. The daily which is affiliated with the so-called “moderates” inside the Iranian regime quoted Einollahi as saying: “Concerning vaccinations, we have already vaccinated about 45 million doses and the situation is different. In two or three weeks we may reach 70%.” Therefore, we no longer need to follow the instructions we had before!”

The paper added: “In order to fully vaccinate half of Iran’s 80 million population, at least 40 million people must receive two doses of the vaccine, i.e. 80 million doses. But apparently, the Minister of Health is satisfied with the same number (45 million doses) and is using the same measure for the end of vaccinations, which is definitely wrong. According to the Ministry of Health’s data, only 14,416,851 people in the country have received both shots until yesterday.”

Iranian regime’s judiciary executed a prisoner in Taybad prison at dawn on Monday, September 20th. According to HRANA, the victim was an Afghan citizen from Herat and he was married. 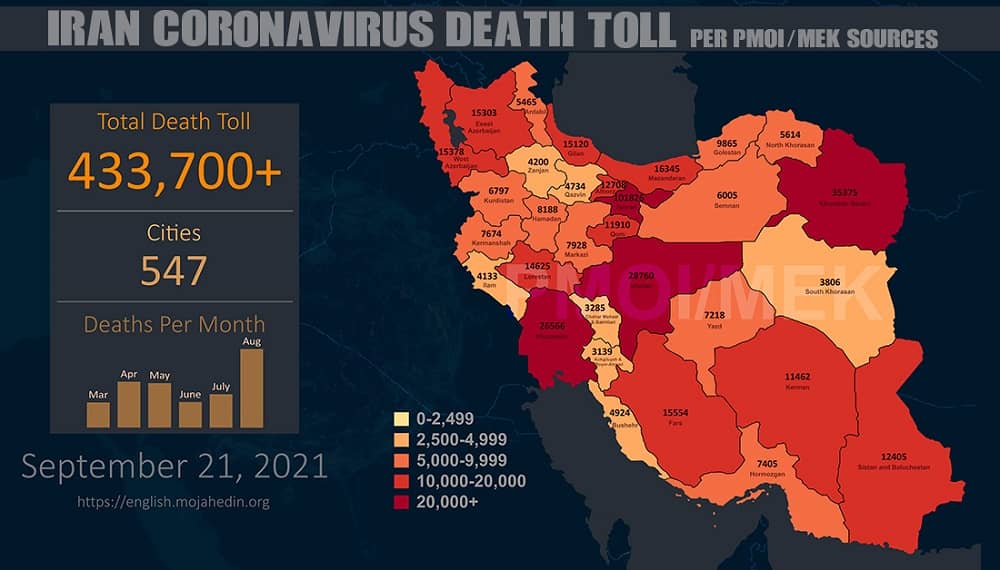 More than 433,700 people have died of the novel #coronavirus in 547 cities checkered across all of Iran's 31 provinces, according to the Iranian opposition PMOI/MEK. 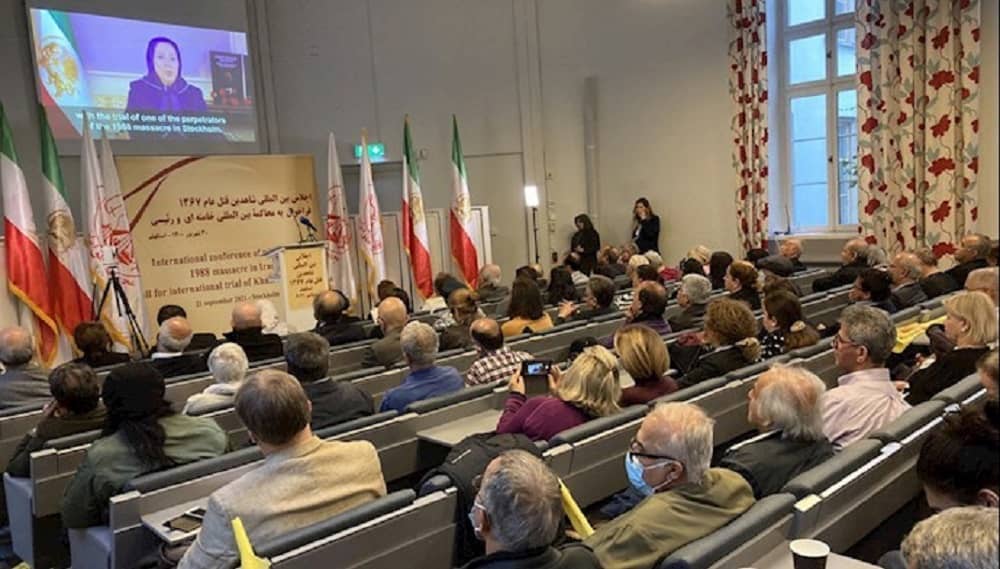 On Tuesday, an international conference hosted in Stockholm, Sweden, discussed the role of Iranian regime leaders in the mass execution of political prisoners and the imperative for the international community to hold the regime’s leaders to account for their crimes against humanity. The event focused on the extrajudicial and summary execution of more than 30,000 Iranian political prisoners in the summer of 1988, an event that has become known as the “1988 massacre.” Senior officials who still hold positions of power in the Iranian regime played key roles in the event and have been enjoying impunity from accountability for the past 33 years.

Iran: Raisi’s Government Is Filled With Criminals and Terrorists 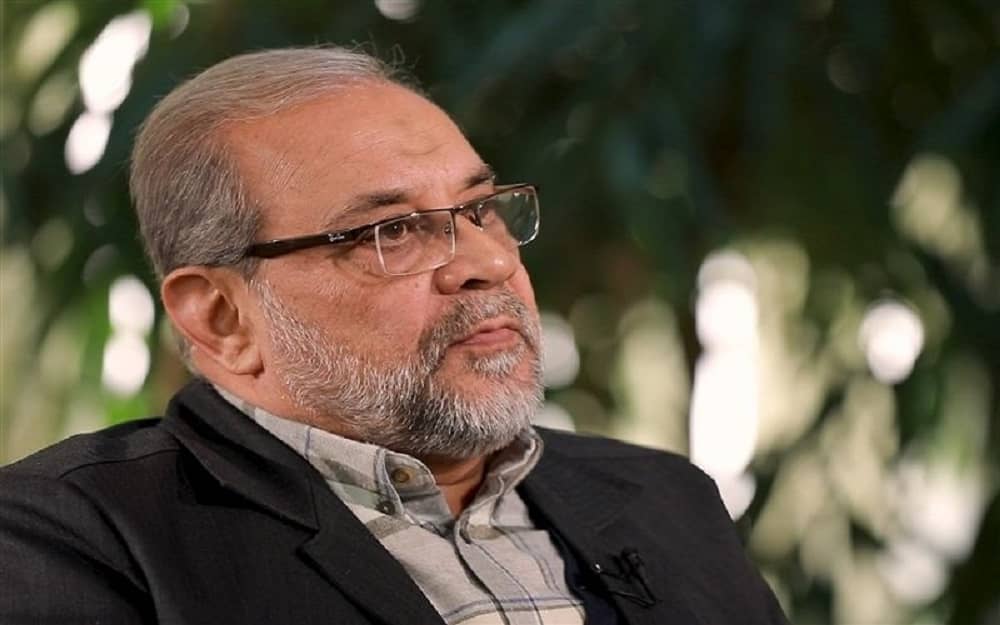 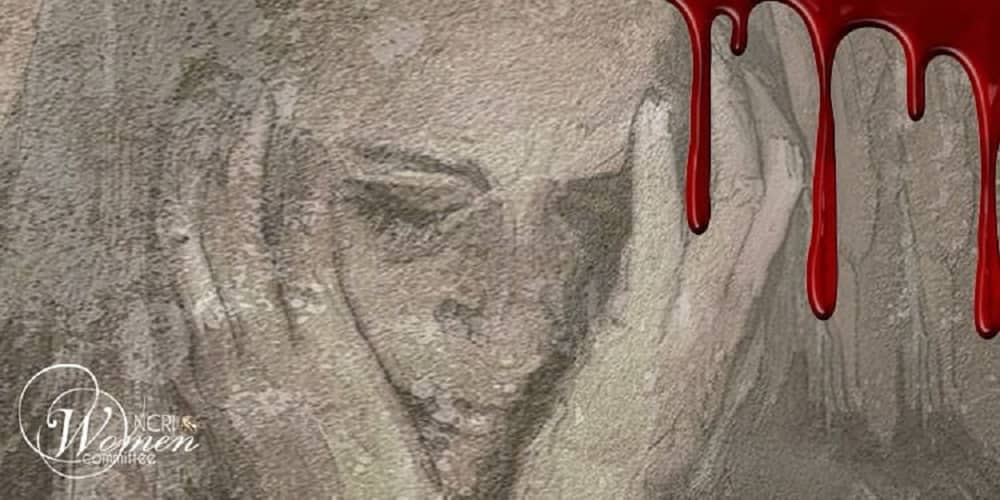 Not a week goes by in Iran without the honor killings of young women making news headlines. The past weeks saw shocking examples of murders of young women by their husbands or other male relatives. In many cases of honor killings of young women, the police and the judiciary act negligently. Their conduct is a license to kill, as seen in the cases of Romina Ashrafi killed by her father in Gilan, Sargol Habibi killed by her husband in Sanandaj, and the murders of Bayan and Sahar Moradi after Bayan’s legal complaints of violence by her husband were unheeded.

Shahin Naseri, a witness to the torture of Navid Afkari, the wrestler who was executed in Iran on September 12, 2020, died today under suspicious circumstances at the Greater Tehran Penitentiary. Shahin Naseri’s brother confirmed the news and said: “His friends told us that he was killed in solitary confinement. But no official has contacted us yet.” 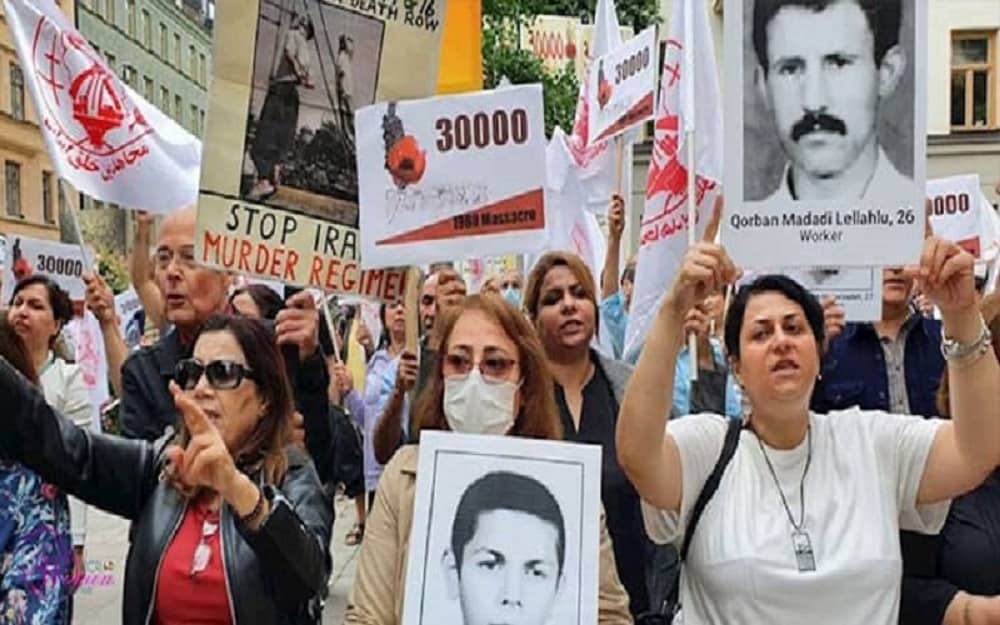 The 17th session of Iranian regime official Hamid Noury’s trial in Sweden took place last Friday, after being apprehended by Swedish authorities during his trip to the country. Noury is being charged with the torture of prisoners in Iran and taking part in the 1988 massacre where thousands of political prisoners were executed, many of whom were supporters of the MEK. As one of the authorities of Gohardasht Prison (Karaj), Nouri is now standing trial in a court where many of his victims are giving harrowing testimonies of how he and other regime officials brutally tortured prisoners. 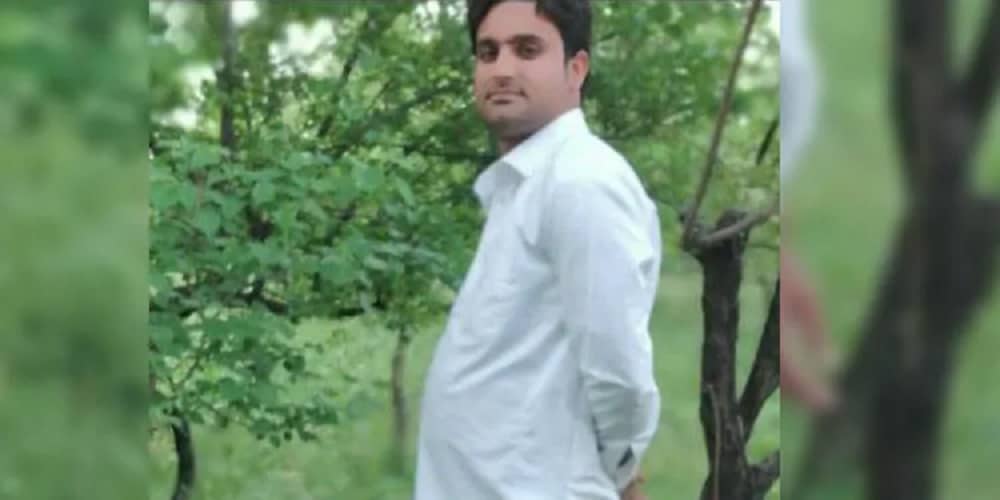 A Baluch man was killed yesterday by traffic police in Ghalehganj, southeastern Iran. According to the Baloch Campaign website, the man was identified as Farhad Narouyi. Traffic police opened fire on his car for not having a license plate when he did not stop to their warning. Farhad was shot in the head and lost his life. The report said Farhad did not have a driving license and did not stop to avoid further consequences. This is the third case in September that security forces or police killed fuel carriers.