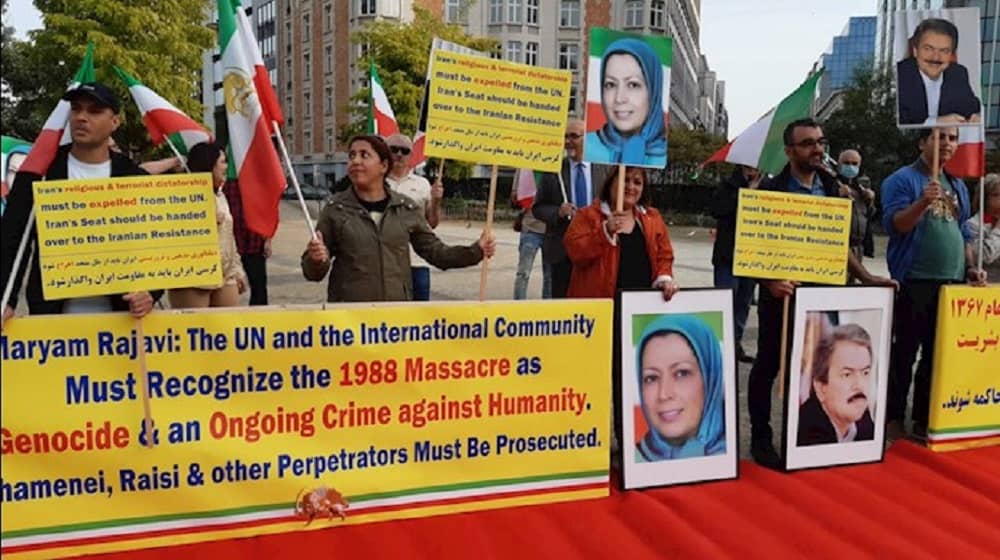 On Tuesday, Iranians and supporters of the Mujahedin-e Khalq (MEK) held a rally in dozen cities on both sides of the Atlantic, condemning the clerical regime’s systematic human rights abuses. These protests were held simultaneously with the speech of the regime’s new president, Ebrahim Raisi, at the United Nations General Assembly.
These protests were held in New York, Paris, London, Berlin, Rom, Vancouver, The Hague, Brussels, Cologne, Bucharest, and Gothenburg.
The MEK supporters and the Iranian diaspora unanimously condemned Raisi’s speech at the U.N. General Assembly. They underlined that the world community’s inaction and allowing a mass murderer like Raisi to address the world fuels the systematic impunity in Iran.
Raisi has played a key role during the 1988 massacre of over 30,000 political prisoners. Most of the victims were supporters and members of the MEK.

The Global Demonstration of Iranians, Supporters of the MEK — September 21, 2021

In New York, Iranians held a rally, simultaneously with Raisi’s speech, in Dag Hammarskjöld Square, near the entrance of the U.N. The protesters urged the international community to refer the regime’s dossier of human rights abuses to the U.N. Security Council and hold Raisi to account for his role in the 1988 massacre. They also urged the western powers to impose comprehensive sanctions on the regime for its systematic human rights violations, export of terrorism abroad, the unpatriotic nuclear program, and producing weapons of mass destruction.
In late August 2021, renowned European barristers and legal experts underlined that based on Ruhollah Khomeini’s fatwa, which resulted in the 1988 massacre of political prisoners for their religious beliefs, the 1988 massacre is considered genocide. Thus, all western powers are obliged under the terms of the Genocide Convention to hold mass murderers and perpetrators of that genocide to account.
The protesters in New York reiterated this demand and recalled the world community of its humanitarian obligations.

Besides their protests, Iranians in the US, Canada, and Europe held photo exhibitions commemorating the 1988 massacre’s martyrs. They also held large banners supporting the Justice-Seeking Movement of the 1988 massacre victims, initially started by the Iranian opposition’s president, Mrs. Maryam Rajavi, in 2016.

On Tuesday in Stockholm, Iranians held a large rally followed by an international conference. It is worth noting that Hamid Nouri, who had participated in the 1988 massacre, is on trial. The conference in Sweden was attended by several prominent European politicians and also dozens of former Iranian political prisoners, mostly the survivors of the 1988 massacre.
In a message to this event, Mrs. Rajavi said: “Thirty-three years ago, on [then-regime supreme leader Ruhollah] Khomeini’s horrific decrees, 30,000 political prisoners were hanged in the dreadful darkness of those nights. Ninety percent of them were members and supporters of the People’s Mojahedin Organization of Iran (PMOI/MEK). As stated in those decrees, Khomeini sought to eradicate the PMOI quickly. He wanted to carry out the horrendous massacre in total silence. The plan for the killings in Tehran and dozens of other cities was designed such that no one would know about it.”
“The experience of the past 33 years is a testament. The future history will bear witness that the movement seeking justice for the victims of the 1988 massacre has overcome the silence and complacency of the regime’s accomplices,” Mrs. Rajavi added.
“We urge the international community, particularly Sweden and the European Union, to recognize the massacre of political prisoners as genocide and a crime against humanity. We call on them to take the necessary steps to refer this case to the U.N. Security Council and end the impunity for, and bring to justice those responsible for this major crime, especially Ali Khamenei and Ebrahim Raisi,” Mrs. Rajavi reiterated.

It is worth noting that on Monday, the Iranian-American Communities in the U.S. hosted an important event in Washington D.C. on the eve of Raisi’s speech at the U.N. and urged the U.S. administration to call for his prosecution. They also called for a firm policy toward the mullahs’ regime. Several renowned American politicians from both political parties attended this event. Mike Pompeo, the U.S. former Secretary of State, was among the speakers of this event.

The core message of all events and protests on Monday and Tuesday was a call to action to the world community to hold the Iranian regime to account for decades of human rights abuses. Iranians and renowned western politicians urged the world community to consider the regime’s authorities, such as the criminal Raisi, as human rights abusers and representatives of a terrorist regime. They called on the international community to end decades of systematic impunity in Iran. They reminded the world leaders that their inaction fuels this impunity and has devastating effects on Iran’s general human rights situation. They urged the international community to investigate the 1988 massacre, hold its perpetrators to account, and condemn the regime’s officials, including Raisi and the mullahs’ Supreme Leader, Ali Khamenei. 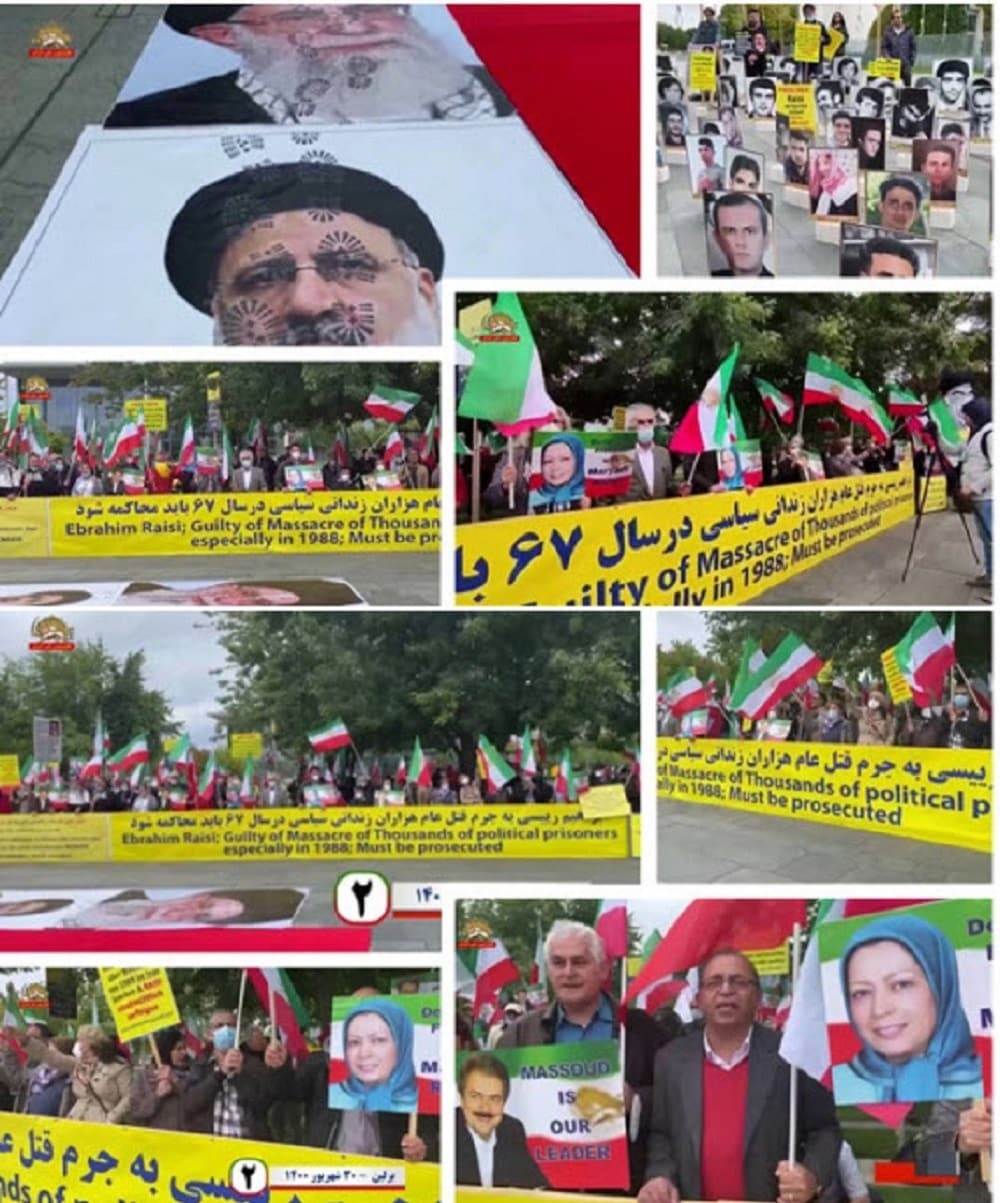 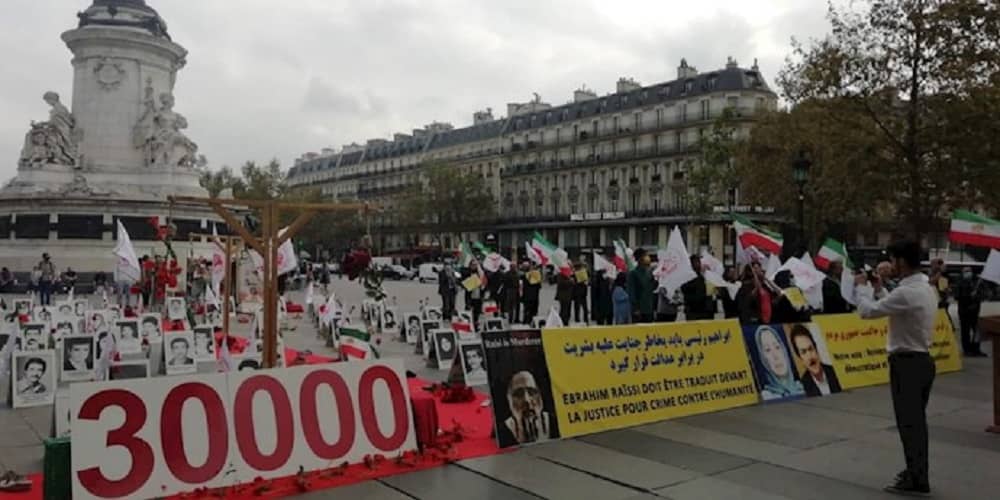 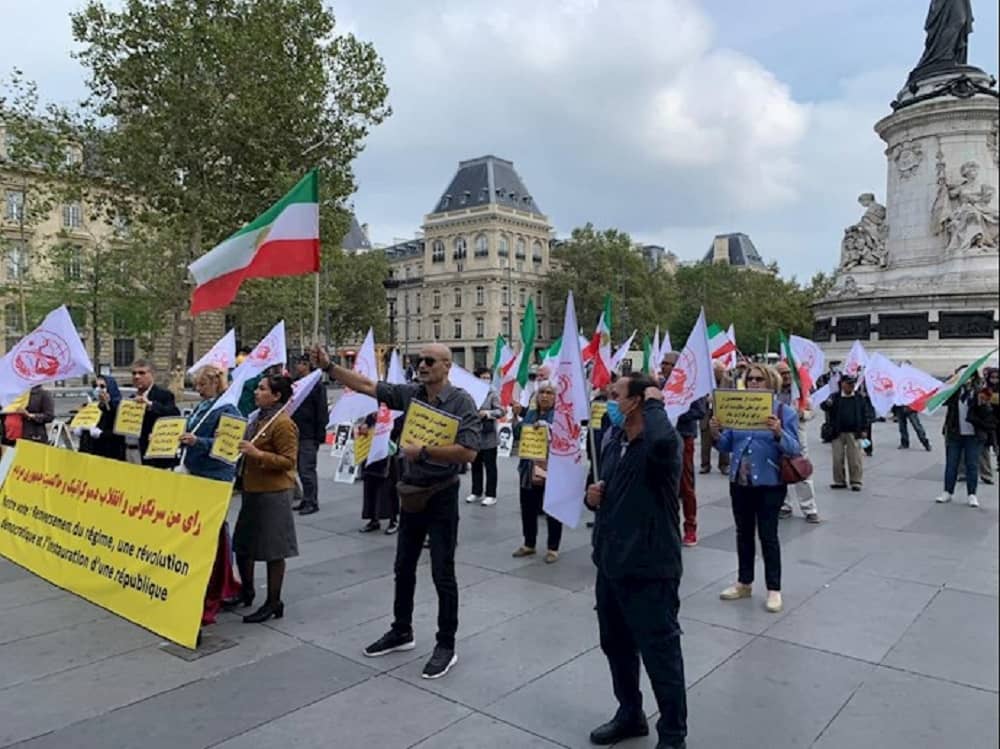 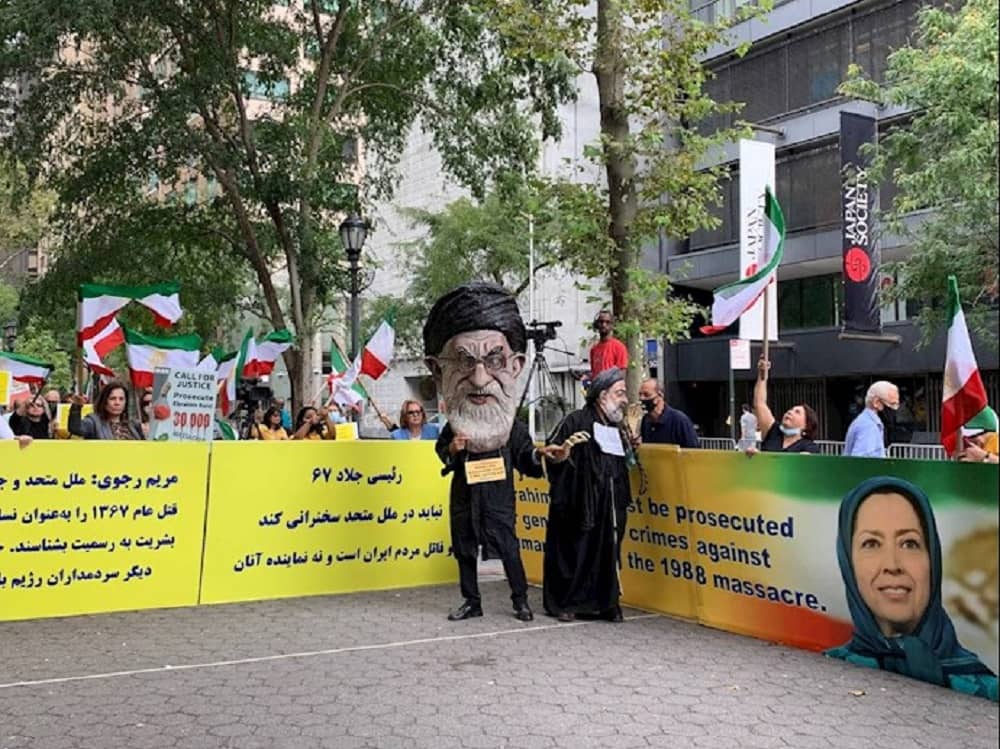 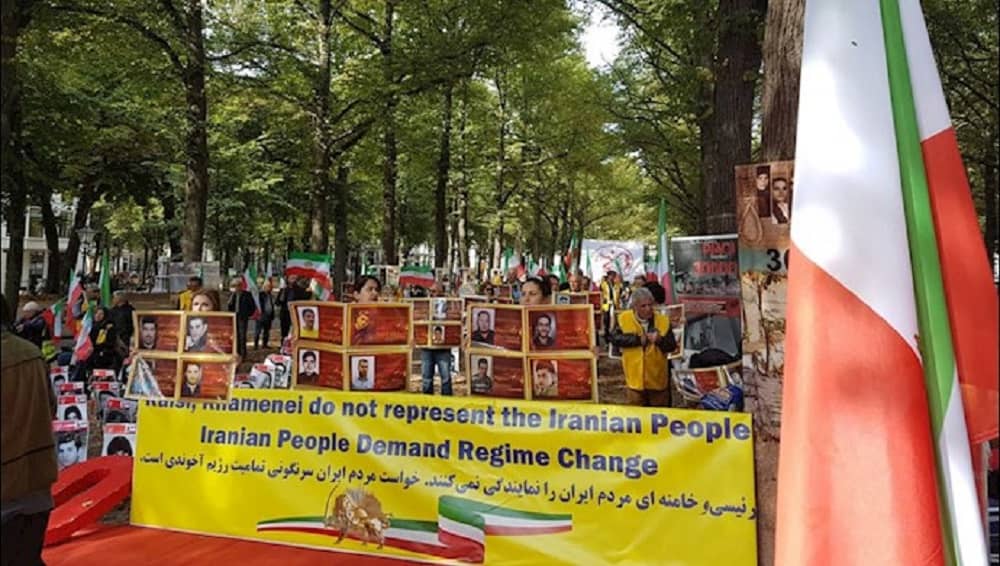 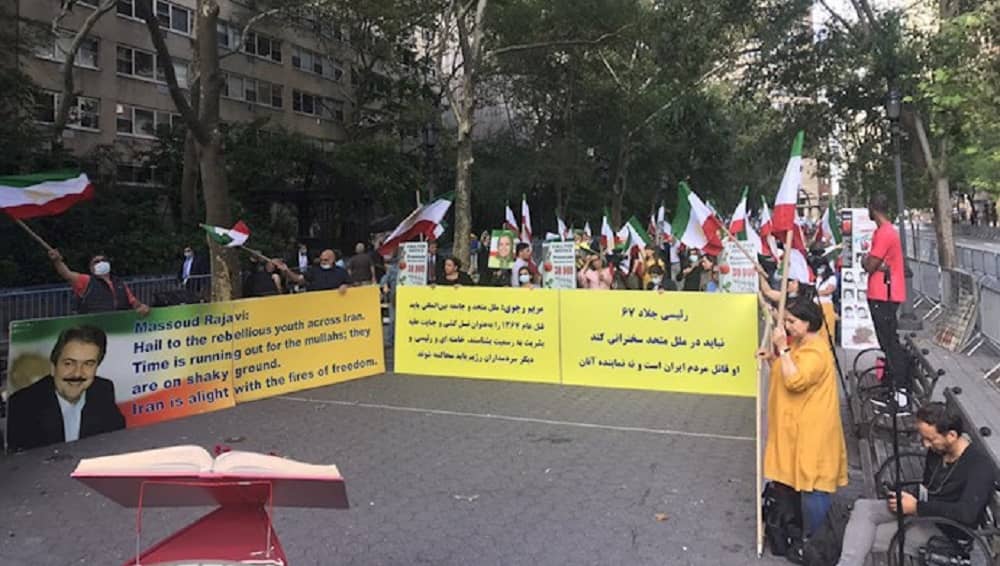 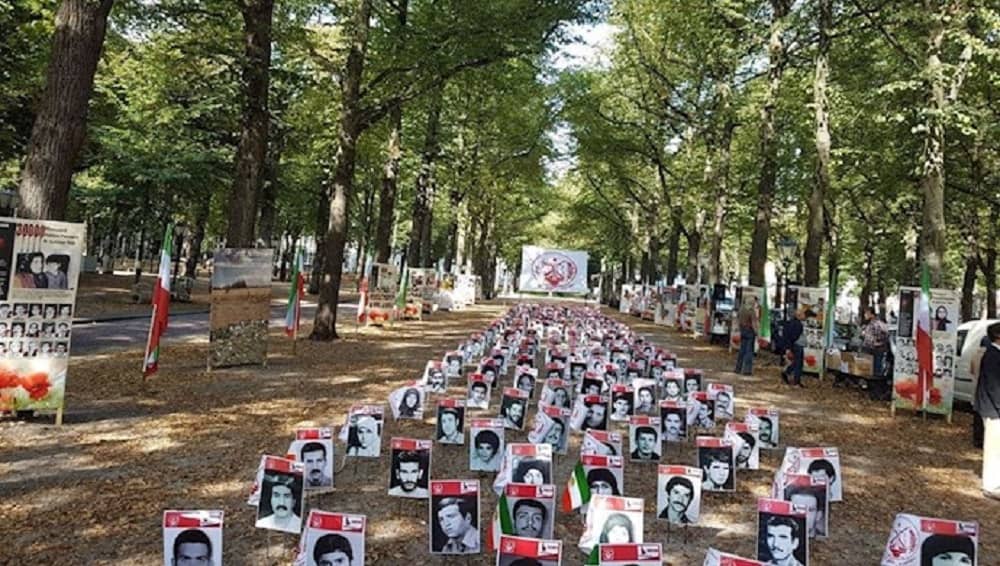 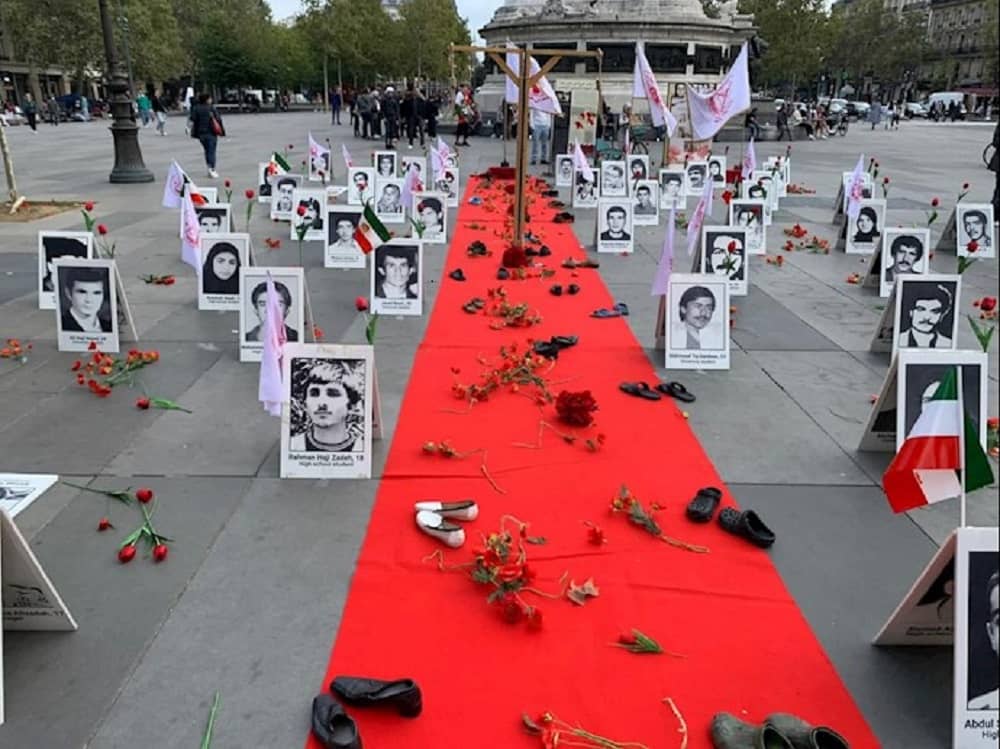 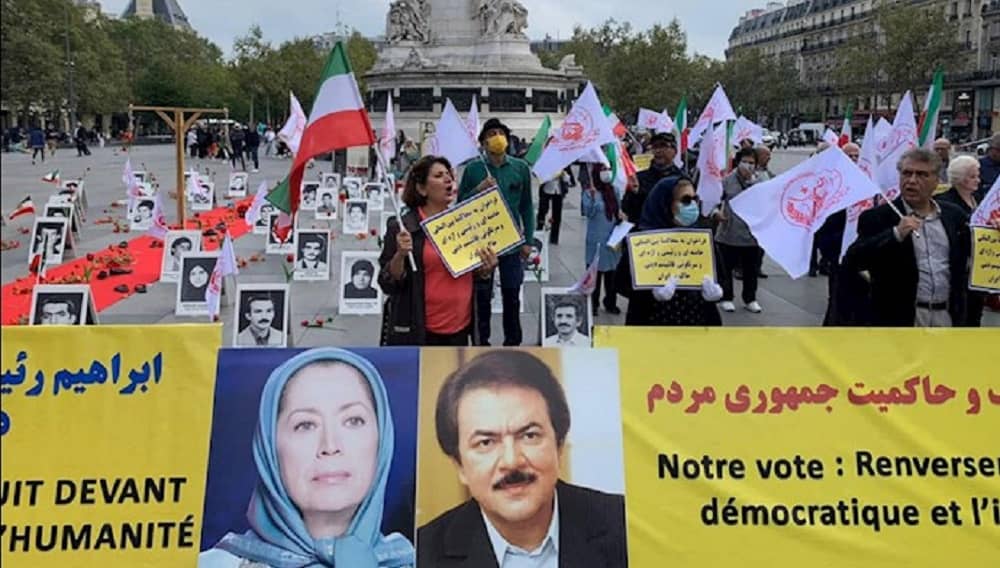