After Extreme Hardship, Iran’s People Are Poised for Change After Nowruz 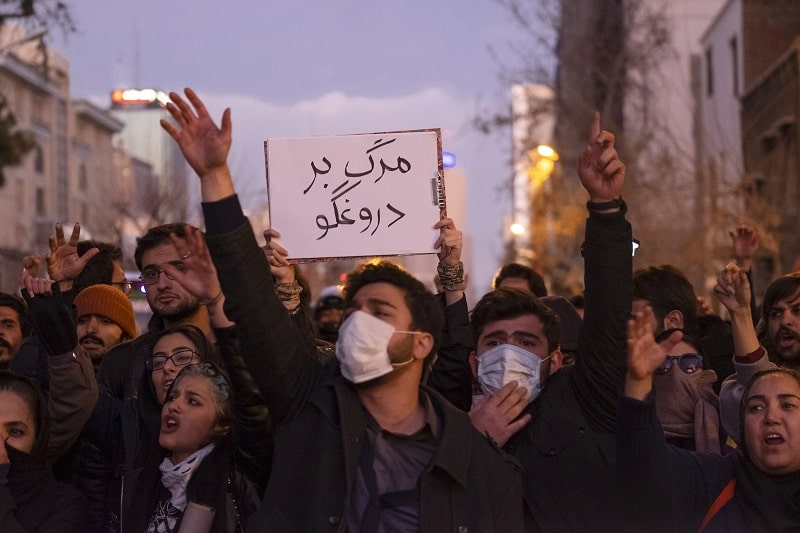 Sunday marked the start of the year 1400 on the Persian calendar. Over the weekend, Iranians both in their home country and throughout the world celebrated a holiday called Nowruz, which literally translates as “new day” and is an outlet for far-reaching optimism about the time to come.

The preceding year was defined by a coronavirus outbreak that was without question the worst in the Middle East, and one of the worst in the entire world. As a matter of fact, according to information presented by the People’s Mojahedin Organization of Iran (PMOI/MEK), the actual Iranian death toll from Covid-19 is around four times higher than what has been reported by the Iranian Ministry of Health, or about a quarter of a million.

That crisis shows little sign of abating, least of all in the wake of an edict from the regime’s Supreme Leader Ali Khamenei banning the import of credible American and British-made vaccines. Tehran offered no interventions at any point during the pandemic and even went so far as cover up the earliest cases while encouraging widespread participation in public events just before the previous Nowruz. As a result, two consecutive New Year celebrations have been marred by mass suffering and death, which has only compounded the effects of perennial problems like repressive political violence and curtailment of free speech.

It may come as a surprise, then, that Iranians still managed to give voice to extraordinary optimism as they looked forward to the latest Nowruz holiday. Much of that optimism concerns the future of the regime that has either created or exacerbated so many problems including the Covid-19 crisis. In an online conference earlier in the month, the Iranian opposition leader Mrs. Maryam Rajavi said the current regime “is now at its weakest point.”

The position of the Iranian regime in 2021 is totally different than in 2015. The regime is now at its weakest point. But it wants to paint a completely different picture by threatening others. #NoImpunity4Mullahs pic.twitter.com/eaIhFDT1VV

As evidence, she pointed to emerging protests in places like Iran’s southeastern most province of Sistan and Baluchistan, where the regime’s Islamic Revolutionary Guard Corps (IRGC) recently launched new harassment campaigns against impoverished fuel porters and then opened fire on an initial group of protesters, sparking backlash that led to demonstrations in multiple localities, as well as clashes with authorities and attacks on government buildings. Mrs. Rajavi pointed to these incidents as one among many signs that “the fire of the uprisings has risen from under the ashes of the coronavirus.”

In this sense, Covid-19 became a new tool for a longstanding repressive strategy. More to the point, it became the latest signifier of the regime’s growing desperation in the face of increasingly bold and broadly-organized activism.

In 2018, around the time of Nowruz, two Iranian diplomats were expelled from Albania after their involvement in a plot to deploy a truck bomb against a compound that is maintained in the country by the MEK became evident. Then, in June, multiple European authorities conducted an operation that resulted in the arrest of four Iranian operatives and the safe detonation of an explosive device that was intended to be set off at the Iranian opposition’s annual rally of expatriate activists and global lawmakers just outside Paris.

This is a prime example of how the regime’s vulnerability was leading it to take excessive risks and to court even more severe backlash from the Iranian people, the Iranian diaspora, and the international community.

The underlying optimism about Iran’s future was amplified early last month when a Belgian court convicted the four known participants in the Paris terror plot, including a high-ranking Iranian diplomat-terrorists named Assadollah Assadi. The mere decision to file charges against Assadi was arguably a turning point in Western relations with the Iranian regime, seeing as it made him the first such diplomat-terrorist to face charges for ties to terrorism, though many had previously been accused of the same.

Assadi received the maximum sentence of 20 years at the conclusion of a trial that affirmed he was not acting on his own initiate with the terror plot, but had been ordered to launch an attack on European soil by officials high within the clerical regime. Assadi’s conviction underscores the need for further action by Western authorities, with the aim of holding the regime as a whole accountable.

New policies along these lines have yet to take hold in Europe or the United States, but if they do, they will surely weaken the Iranian regime’s repressive institutions even more and further increase the vulnerability of the entire system. There is arguably no better time for this to happen than here at the outset of the Iranian year 1400.

Although Assadi’s activities in Europe are a feature of malign behaviors that go back to the very founding of the regime, his conviction is a very hopeful sign of those behaviors being rooted out. The recent uprisings make it clear that the Iranian people are prepared to take the lead in pursuing that outcome. But their right to resistance and overthrowing the mullahs’ regime should be recognized by the international community.

Supporting the Iranian people’s goal of regime change, could come in the form of diplomatic and economic isolation for the regime itself, or further prosecutions that send a message to that regime about the end of its era of impunity. Supporting Iranian people’s struggle, which could result in regime change, will also make a world a better and much more secure place.

Previous articleIran News in Brief – March 26, 2021
Next articleOfficials Express Fear of Social Media and Its Effects on Iran’s Restive Society