As a Revolution Emerges in Iran, It Is Imperative for Intl Community To Support People 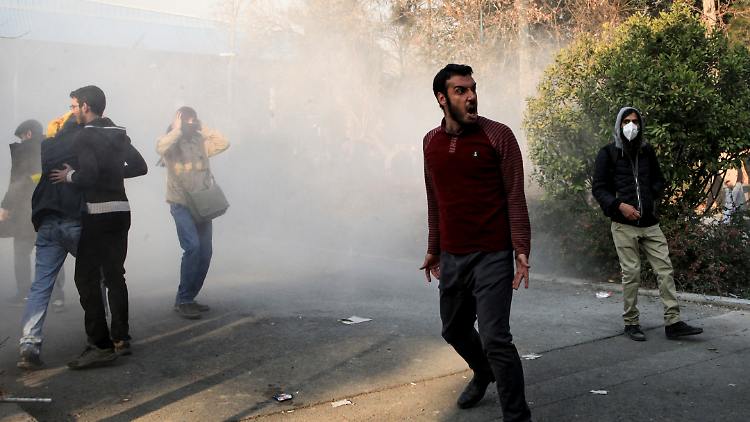 It has been nearly one year since Iran was rocked by the Major Iran protests that spanned over 200 cities and towns. It is only a matter of time before the nationwide unrest flares up again, and when it does the international community should be ready to recognize the Iranian people’s desire for regime change and freedom.

Mrs. Maryam Rajavi, the President-elect of the National Council of Resistance of Iran (NCRI) has repeatedly said that regime change in Iran must come about through the efforts of the Iranian people. But Mrs. Rajavi has also made it absolutely clear that foreign governments have a responsibility to recognize the Iranian people’s desire for regime change, and their right to resistance against the clerical regime.

The potential for further uprisings hasn’t been seriously disputed by anyone with knowledge of Iranian affairs, not even by the Iranian regime itself. In fact, for nearly three years, the regime’s officials have been warning one another about the growing social influence and organizational strength of the Iranian Resistance, particularly the People’s Mojahedin Organization of Iran (PMOI/MEK).

The MEK played a leading role not just during the November 2019 uprising but also its prequel, another nationwide movement that emerged in the final days of 2017 then lasted through much of January 2018. In the midst of that first uprising, the regime’s Supreme Leader Ali Khamenei delivered a speech in which he said that the MEK had “planned for months” to facilitate the demonstrations and to popularize slogans like “death to the dictator.”

Khamenei’s acknowledgment of the MEK’s role was especially remarkable in light of the fact that it undermined literally decades of regime propaganda, through which Khamenei and his supporters had desperately sought to marginalize and delegitimize the MEK in the eyes of ordinary Iranians and especially international policymakers.

The COVID-19 pandemic seemingly stopped another uprising from happening. But there is no sense in which the legacy of the January 2018 or November 2019 uprisings has faded away over the past year. Reports continue to emerge of scattered political demonstrations and labor strikes. Meanwhile, the regime’s officials remain every nervous about the prospect of a new uprising as they were in the immediate wake of those that have already occurred.

At the beginning of the current Iranian calendar year in March, Khamenei urged his thugs to keep close watch over student protests, for fear that they would inevitably take on the MEK’s message of regime change and further expose the regime’s unpopularity and vulnerability to a global audience. The speech was no doubt partly inspired by the protests that erupted across multiple provinces and especially on university campuses in January, after Tehran attempted to cover-up a missile strike by the Islamic Revolutionary Guard Corps (IRGC) which downed a commercial airliner, killing 176 people.

Those protests very nearly grew to constitute another nationwide uprising. This would have been remarkable in its own right, but because the campus protests took place less than two months after the November uprising, they made it especially apparent that the power dynamics are shifting between the Iranian regime and people. This is especially true in light of the fact that many protesters squarely focused their outrage on the Revolutionary Guards, even burning public images of the eliminated commander of the terrorist Quds Force, Qassem Soleimani, who had been killed in a US drone strike just weeks earlier.

As well as being Iran’s main force for exporting terrorism, the IRGC is very often at the forefront of crackdowns on domestic dissent. This was certainly the case in November 2019 when Revolutionary Guards were the primary gunmen who opened fire on crowds of protesters in various Iranian cities, killing above 1,500 in a matter of only days, according to the MEK.

The ongoing activities by defiant youth across Iran show that people have not been cowed by the repression. In fact, one might even argue that while repression has oppressed past uprisings and the regime’s mismanagement of the coronavirus has slowed its re-emergence, these factors only deepen the people’s resentment and help to make further uprisings inevitable.

The Iranian Resistance has urged European governments and the international community as a whole to stand ready to support the Iranian people and hold the regime accountable for the new human rights abuses it will surely use as part of its effort to regain social control.

“The change in Iran is the sovereign right of the Iranians. But it can be advanced by a change in EU policy,” said Tunne Kelam, a former Estonian representative to the European Parliament, in one NCRI conference in early October.

Tunne Kelam, former MEP: The change in Iran is the sovereign right of the Iranians. But it can be advanced by a change of EU policy. I am disappointed with EU appeasement policy. We must act through concrete actions. #NoImpunity4Mullahs https://t.co/00gu3au1cu

Referencing the murder of 1,500 protesters in November 2019 and the subsequent torture of many others, Kelam added, “As a former MEP, I am disappointed with EU policy which has kept appeasing the mullahs despite so many horrific crimes. The EU has mostly looked aside or just paid lip-service in reacting to these crimes.”

His fellow speakers at this event reiterated this sentiment, emphasizing that the lack of a serious Western reaction will only give Tehran the impression that it has a green light for further abuses. Some even go so far as to warn that the resulting sense of impunity could escalate to the point at which Tehran tries to eliminate the Resistance altogether, as it did in 1988 when above 30,000 political prisoners were systematically executed on the basis of a fatwa from the regime’s founder, Ruhollah Khomeini.

The time has come for the international community to stand by the Iranian people’s side and recognize their right to resistance and overthrow of the mullahs’ regime.