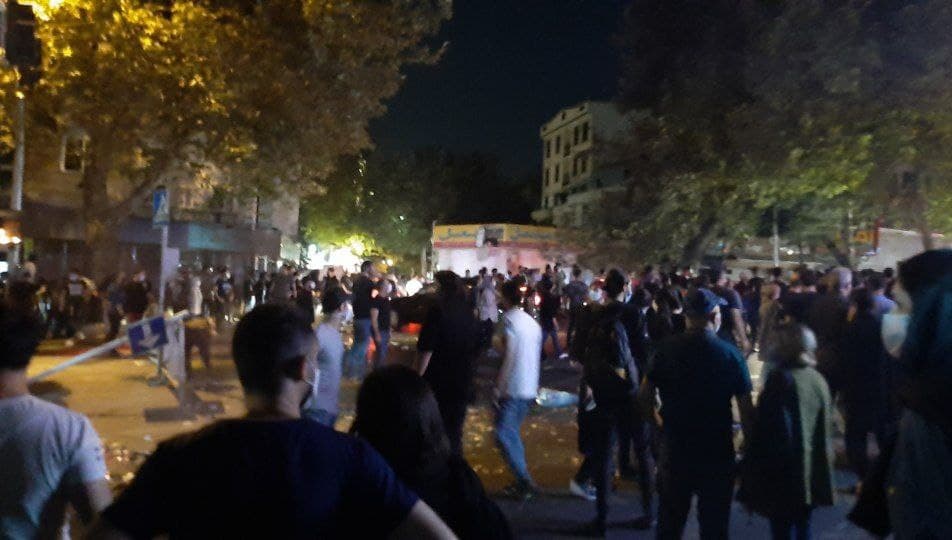 Chants of “death to the dictator” rock Iranian streets. Many observers have described the recent events as the beginning of the Iranian revolution. In other words, the situation in Iran will never be the same, neither for the people nor the regime.

Iran’s nationwide uprising entered its 10th day on September 25. The brutal murder of Mahsa Amini on September 16 by the regime’s so-called morality police sparked protests. Mahsa was arrested and beaten in custody under the pretext of being “improperly veiled,” but the protests following her death featured slogans against the regime in its entirety.

Since 2017, Iran has been the scene of major unrest. Multiple intertwined socio-economic crises generated an explosive society, but the fundamental characteristics and the common denominator of these protests are nonother than people’s exacerbating hatred toward a regime that has deprived them of any sort of political, social, and individual liberties for more than four decades.

Despite this, the recent uprising in Iran has several unique attributes that distinguish it from the previous ones, even the November 2019 uprising with over 1500 martyrs in five days. Some of these characteristics are as follows:

1. According to the Iranian Resistance, nearly 200 people have been killed by the regime’s security forces in the last ten days. Nevertheless, the regime’s heavy crackdown has so far failed to quell Iran’s restive society. In a nutshell, the regime has failed to stop or even curb protests.

2. In less than a few hours, demonstrations spread in a dozen cities, and the whole country was filled with anti-regime protests, and slogans for regime change echoed across the nation’s provinces. According to the Iranian Resistance, the nationwide uprising has thus far spread to 146 cities in 31 provinces. People held demonstrations in nearly all districts of some Iranian metropolises, such as Tehran, Isfahan, Shiraz, and Mashhad.

3. Demographically taken, the protesters are from different generations, fighting side-by-side against the regime’s security forces. Women, who have been the first target of Iran’s misogynous rulers since 1979, play a leading role in protests. They are supported by their young countrymen, who cheerfully follow their sisters in anti-regime protests.

4. There is mounting social support for protesters among all sectors of Iranian society and guilds. There have been a number of strikes by shop owners across the nation. Videos from Iran show people opening their doors to wounded protesters or those chased by the regime’s security forces.

In all these years, our people have paid an extremely heavy price. But when the Iranian people's revolution triumphs and the mullahs are overthrown, the appalling stain of fundamentalism, which exploits religion for power and suppression, will finally be removed.#FreeIran2022 pic.twitter.com/7ThUJgA0kh

5. In recent years, Tehran has made many efforts to fabricate alternatives that promote moderation rather than regime change. Since new protests broke out in Iran, the regime’s pundits and apologists have tried to minimize the Iranian people’s demand by calling on the state to remove the mandatory hijab. But protesters have explicitly chanted: “This is the last message; the target is the entire system.” Regime officials have also acknowledged this fact, underlining that people would not be satisfied with less than regime change.

6. Iran’s ruling theocracy has tried to spread fear among Iranians through brutal oppression for years. Simultaneously, the regime’s apologists have tried to imply there is no alternative to the regime. Therefore, people should not ask for fundamental changes. But protests and the way people are courageously confronting security forces foretell the regime’s failure to intimidate the public any further. Besides, as the uprising outlasted the security forces’ perseverance, protesters became more organized, implying the role of the organized opposition. In recent days, the officials’ statements against Iran’s main opposition, Mujahedin-e Khalq (MEK) organization, underline the leading role of the group’s Resistance Units in organizing and leading the uprising.

7. The Iranian people’s bravery has earned international support. Lawmakers from the four corners of the world, state leaders, and renowned politicians and celebrities have expressed their utter support for the Iranian revolution. In other words, the Iranian people’s uprising has delivered a heavy blow to the failed appeasement policy. Given the complex global crises, it has even touched some geopolitical calculus in major capitals.

In a nutshell, a wind of change is blowing across Iran. Of course, the regime would shed more blood and not shy away from brutality to preserve every inch of the country it has occupied. Therefore, the Iranian people’s revolution deems more international support. The ball is now in the court of the world community to declare the regime illegitimate and recognize Iran’s organized Resistance as people’s representative in international instances.

Previous article
Iran: On the Tenth Night of the Uprising, Tehran Was the Scene of Demonstrations and Clashes Between People and Repressive Forces
Next article
Iran: The Nationwide Uprising Spread to 154 Cities; In the First Ten Days, 200 Killed and 10,000 Detained