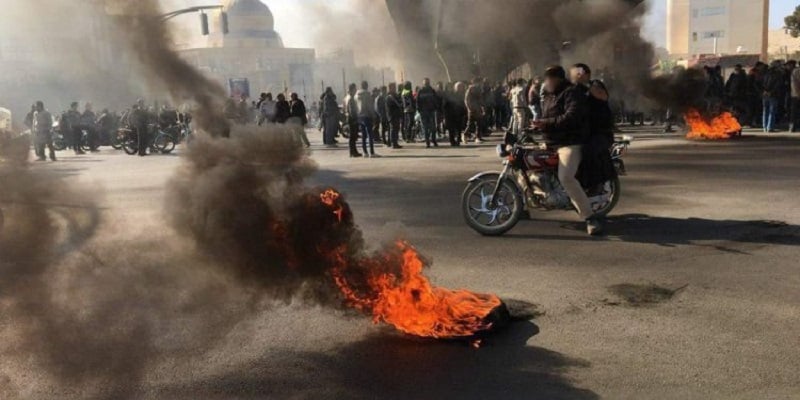 Iranian cities once again witnessed protests by angry retirees and pensioners on Thursday. Thursday’s rally was the 11th round of the retirees’ nationwide rally in the last three months. What is the core message of these ongoing protests in Iran?

In Tehran, retirees and pensioners marched from the parliament towards the “Planning and Budget Organization.” They were chanting:

On Thursday, a group of plundered investors held a rally in front of Tehran’s Stock Exchange. They chanted slogans such as “Death to Rouhani,” the regime’s president, and “We will no longer vote; we have not seen any justice.”

The Iranian regime has two options facing the recurring protests, which had decreased due to the coronavirus outbreak for ten months. First, brutally oppress these protests, which, since the society is restive, intensifies these protests. A good example is the recent uprising in Sistan and Baluchestan, where the regime opened fire on a group of protesting fuel porters. As a result, angry locals stormed centers of oppression.

The regime’s second option is to avoid oppressing people and allow these protests to continue momentarily. But taking this option only results in widespread protests. These widespread and ongoing protests in Iran by deprived people show society’s explosiveness. People are grappling with poverty because the regime has destroyed Iran’s economic infrastructure.

“Iran is experiencing its most deplorable economic situation. It has no solution from inside [of the regime],” wrote the state-run Jahan-e Sanat on Wednesday. Protests in Iran spread amid the regime’s international isolation and increasing factional feuds. “We better protect the boat we are on. We shouldn’t make holes in it,” said Mahmoud Vaezi, Rouhani’s Chief of Staff, on Wednesday.

In a nutshell, the regime is engulfed with domestic and international crises, and whatever step it takes, it will face what it fears the most: the Iranian people’s uprising. “Iranians are filled with anger…. They only curse and threaten [regime’s officials], and the consequences of these situations are crystal clear. We possibly not last a year,” wrote the state-run Arman daily on April 8.

Previous articleVirtual Conference Details Fundamentalism’s Impact on Iran, The Region, and the World
Next articleIran People Dire Situation in the Holy Month of Ramadan