Why Silence Is Not an Option in Iran’s Uprising 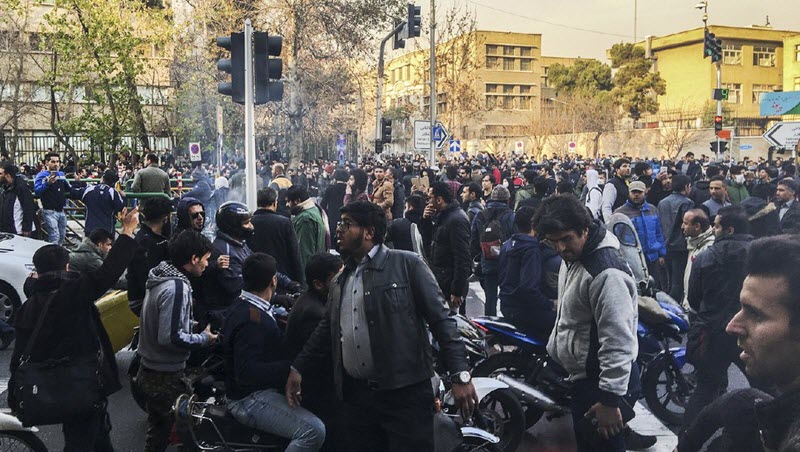 NCRI – When you stay silent in situations of oppression, you are tacitly siding with the oppressor. That is why the US must intervene in the Iran protests, in which at least 50 have died, that has been raging for almost two weeks now.

U.S. Ambassador to the UN Nikki Haley hit the nail on the head last Friday, when she addressed an emergency meeting of the Security Council to discuss the protests and said: “Human rights are not the gift of governments; they are the inalienable rights of the people themselves.”The Iranian Regime has responded to the nationwide protests by arresting 3,700 peaceful protesters and threatening them with the death penalty and by cutting off the people’s access to internet services so that they cannot communicate to each other or the outside world. This infringes on the right to freedom of speech, the right to peaceful protest, and the right to not be subjected to cruel and unusual punishment.

Haley said: “The Iranian regime is now on notice: The world will be watching what you do.”

Of course, Haley is not the only member of the Donald Trump administration to pledge support for the Iranian people’s right to protest. Almost everyone from Secretary of Defence James Mattis to Vice President Mike Pence to Trump himself has offered their support in televised addresses, op-eds, and tweets.

In addition, the US House of Representatives voted to praise the protests and condemn the Regime.

However, it should not only be the US supporting the Iranian people. Many European countries have failed to even recognise these protests- made up of tens of thousands of people calling for their most basic rights to be respected- let alone supported them.

The French Ambassador to the UN, François Delattre, even sought to downplay the protests during the Security Council meeting and claimed that the Iranian people should seek peaceful dialogue with the Regime themselves.

He did not address the fact that human rights advocates in Iran often end up imprisoned or worse, which leads any right-thinking person to recognise that the Iranian people cannot reason with the mullahs without risking their lives.

The British ambassador, meanwhile, was more concerned with preserving the Iran nuclear past of 2015 rather than the rights of the Iranian people.

Some Regime apologists have advised that foreign governments “avoid intervening in the internal affairs” of Iran, which amounts to turning your back on the Iranian people who are crying out for a free Iran.

Amir Basiri, an Iranian human rights activist, wrote on the Washington Examiner’s Beltway Confidential blog: “Under their subjective interpretation, supporting the protestors’ basic human rights counts as an intervention in internal affairs, but cutting trade deals with and filling the coffers of the regime that suppresses those protestors doesn’t.”

The problem isn’t that the international community is interfering in Iran’s affairs but that they fail to protect freedom and democracy in Iran.

Basiri wrote: “We’ve already seen what doing nothing yields. We saw it in 2009 in Iran, when the Obama administration decided to remain on the sidelines as the regime quelled protests in Iran. We saw it again in Syria, where non-intervention by the international community led to the slaughter of hundreds of thousands of civilians, a prolonged war, a global crisis, and the rise of the Islamic State.”

He advises that the international community use targeted sanctions to cut off Iranian entities or individuals involved in human rights violations, use technology to circumvent the regime’s internet censorship, and support the National Council of Resistance of Iran, which strives for a secular and democratic Iran.