London – Anglo-Iranian communities, supporters of National Council of Resistance of Iran (NCRI) and human rights activists protested against the increasing number of executions and public hangings in Iran at a major rally in Trafalgar Square on Saturday, November 19. 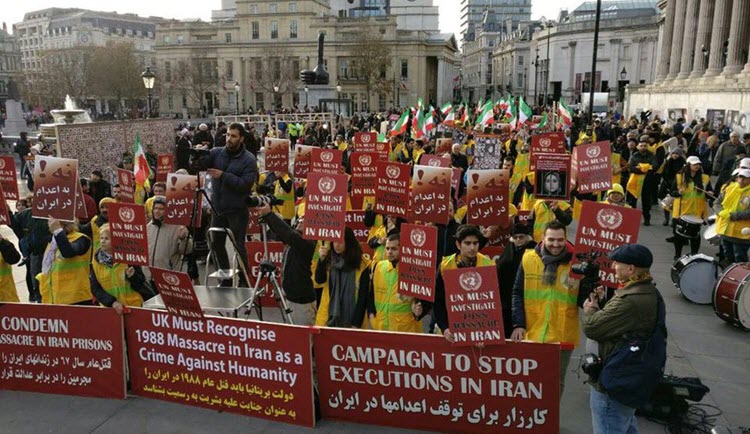 Anglo-Iranian Associations from all over the UK also highlighted past and ongoing atrocities committed by the Iranian regime with street performance and theatre, including the massacre of political prisoners in Iran during the summer of 1988, when some 30,000 political prisoners, activists of the People’s Mojahedin Organization of Iran (MEK), were executed and buried secretly in mass graves following a fatwa decreed by the Islamic Republic’s founder Ayatollah Khomeini. The officials responsible for the massacre currently hold some of the highest positions in the regime.

The Iranian exiles pointed out that these executions and mass arrests show that the Iranian regime has no popular support inside the country and has chosen to wage war against the Iranian people and their democratic aspirations to stay in power.

Protesters called on the British government to make any improvement of relations with Tehran contingent upon human rights improvement and to take concrete steps at the international level to hold the regime accountable for its appalling human rights record.

They urged the British government to condemn the 1988 massacre of political prisoners as a crime against humanity and push for an independent UN inquiry into the massacre.

Their demands were raised in a letter, which was delivered to Prime Minister’s Office, 10 Downing Street, following the rally.

MPs, prominent human rights activists and lawyers addressed the rally and supported the demands of protesters for prosecutions of the perpetrators of the 1988 massacre in an international tribunal and to halt public executions in Iran.

Speakers emphasised that improving human rights situation in Iran will require the international community, and in particular the UK and EU, to end impunity for human rights abusers in the country. They also called for supporting the 10-point democratic platform for a future Iran presented by the NCRI president-elect, Mrs. Maryam Rajavi, that prohibits the use of death penalty, public executions, torture and other degrading punishments.

“Your calls to the government today to act to stop the ongoing atrocities in Iran and bring the perpetrators of the 1988 massacre prosecution to justice have a strong support among many members of both Houses of parliament from all parties”, Sir David Amess MP, the co-chairman of the British Parliamentary Committee for Iran Freedom, said in his remarks.

“This support is visible in two initiatives, a statement on Iran and an Early Day Motion, supported together by some 200 MPs and Peers concurring with your demands today, which I presented at a conference in the UK Parliament earlier this week …”, he added.

The NCRI president-elect, Mrs Maryam Rajavi, in her message to the rally, which were read Mr Andrew Mackinley, former member of the Foreign Affairs Committee in the UK Parliament, said, “Your gathering is taking place at a time when a wave of protests by our countrymen has escalated in Tehran and other cities across the country … To contain the protests, [the ruling mullahs] have stepped up the executions.”

“But where do Western governments and, specifically, the UK government stand in this confrontation?… After the nuclear agreement, while the mullahs’ human rights abuses in Iran and their genocide in the region have intensified, Western governments and companies must not expand their trade relations with the Iranian regime. … Doing business with the clerical regime in Iran, gives an open hand to the mullahs in suppression of the people of Iran, and in export of war and carnage to Iraq, Syria and Yemen”, she added calling on the the international community and especially the
Western governments to also “ … recognise the Iranian people’s Resistance for freedom and democracy.”

Alastair Logan OBE, vice Chair at Solicitors’ International Human Rights Group and Executive Committee Member of the Human Rights Committee of the Law Society of England and Wales, said, “the massacre of 30.000 political prisoners in 1988 was a premeditated and coordinated policy authorised at the highest level and personally sanctioned by the head of state.”

Hossein Abedini, from the NCRI Foreign Affairs Committee, referring to the resolution by Third Committee of the UN General Assembly last week, said, “the Iranian regime’s leaders, high ranking officials and incumbent judiciary officials are the main masterminds and perpetrators of human rights violations in Iran, particularly in the case of the 1988 massacre, the United Nations needs to launch an independent investigation committee to probe these violations and bring the perpetrators to justice.”

Malcolm Fowler, former member of the Human Rights Committee of the Law Society of England and Wales,said, “The case of Srebrenica massacre shows that it is possible to prosecute those who commit massacre of innocent people if there is a political will and it is time for our government to do just that because it knows that between July 1988 and January 1989 executions took place in Iran …”

Other speakers at the rally were the Rt Hon Theresa Villiers MP, former secretary of state for Northern Ireland; and members of Anglo-Iranian associations. 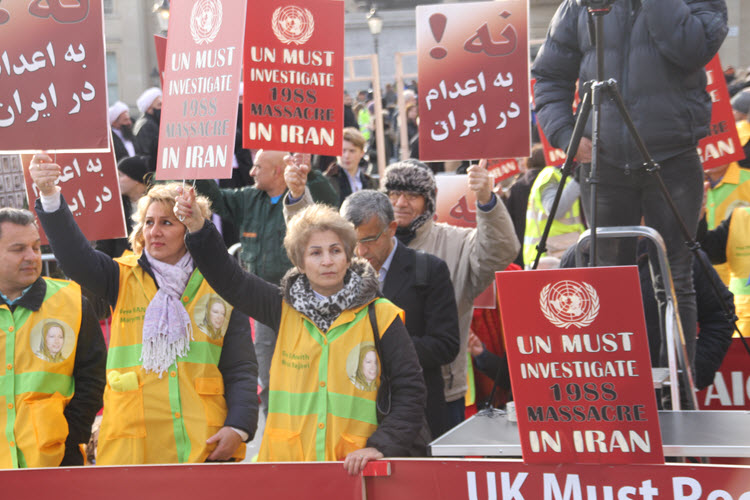 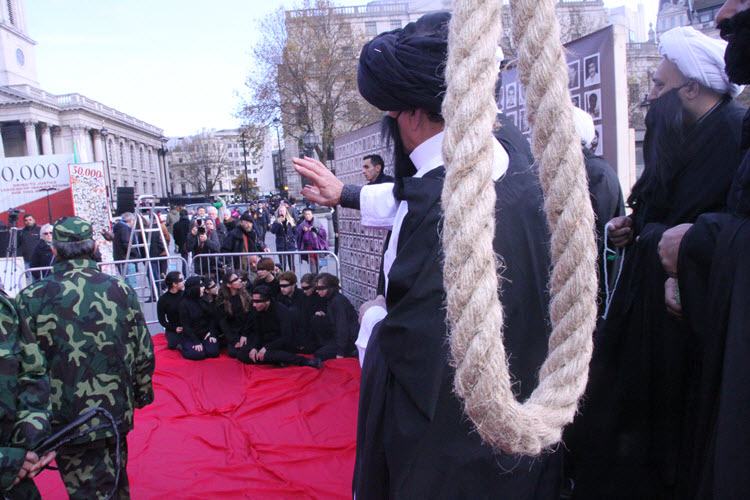 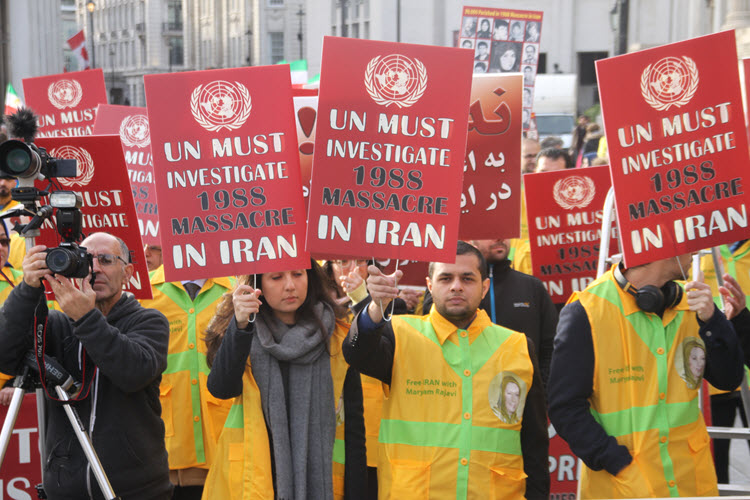 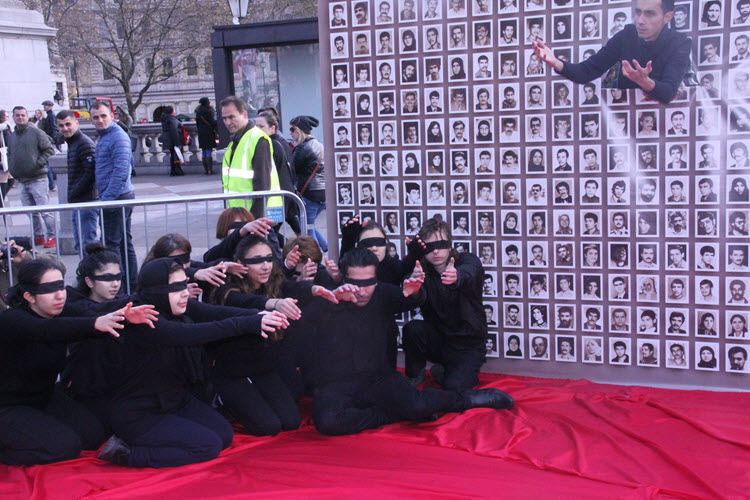 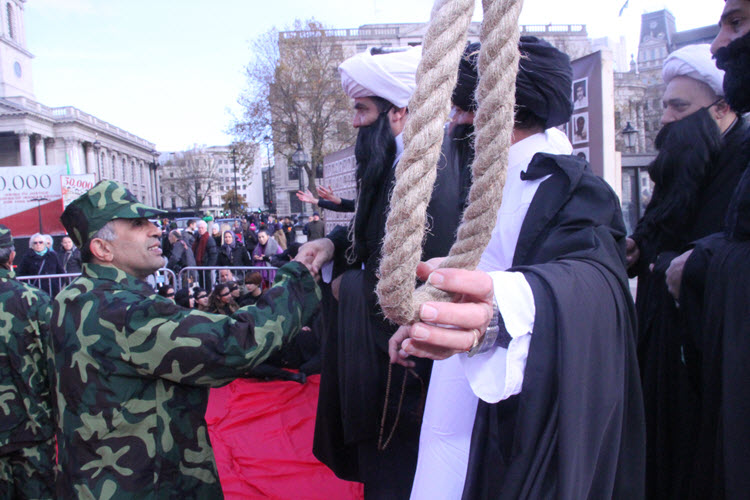 Previous articleDespite the Lifting of Sanctions, Why Iran’s Economy Has Plunged Into Recession? – Part 1
Next articleIran: The Shocking Death of 477 Workers Within 4 Months