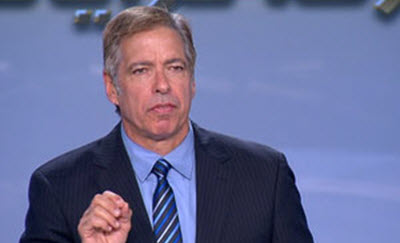 Former U.S. Ambassador to Morocco and White House Middle East Adviser, Marc Ginsberg, writes in the Huffington Post (The World Post) that the Iranian regime’s plan is to destabilize Iraq.
Ambassador Ginsberg argues that Iran’s regime has become more immoderate following the nuclear agreement last July: “The record of meddlesome, terror-laden interference throughout the Middle East by Tehran is growing longer by the day.” In addition, he argues, the regime’s current President Hassan Rouhani is hanging more people than the “notorious Ahmadinejad.”

The list of Iranian threats to international security is long: increased funding of Hezbollah and Hamas; a proxy war in Yemen against the U.S. and Saudi-backed government; ballistic missile tests in violation of existing Security Council resolutions; and “massively” deploying the Revolutionary Guard inside Syria to defend Assad. However, for Ginsberg, the focus of his main concern is Iranian action in Iraq.

For the mere ten-year postponement of an Iranian nuclear weapon, Ginsberg believes the West has paid an unconscionable price. In defending that deal, decision-makers are logically forced to turn a blind eye to the excesses of the regime, or, worse, defend it. The following is typical of administration rationalisations, he argues: “the regime…will inevitably bend to the winds of globalization and confront the exigencies required of a “proper” nation state.”

Ginsberg illustrates the trap into which the West has been driven by the nuclear deal. The U.S. Secretary of State has recently commented that Iran’s presence in Iraq could be “helpful” to American attempts to combat ISIS. However, U.S. commanders “stationed on the ground in both the battles to liberate Falluja and Ramadi from ISIS forces have expressed alarm that rogue Iranian-commanded Shiite militias (aka The Popular Mobilization Units (PMUs)) are moving into these towns after their liberation and committing sectarian abuses against Sunnis, thus making refugee and displaced persons more sympathetic to the remnants of ISIS operatives in the region.” Ginsberg also points out The New York Times’ recent report that a Shiite militia leader was videoed “rallying his men with a message of revenge against the imprisoned civilians of Falluja, whom they accuse of being sympathizers of ISIS.”

In addition, Iran’s regime is using the cover afforded by ISIS atrocities to kill its opponents: “Iran-backed Shiite militiamen (often with the connivance of the Iraqi leadership) have used the growing chaos inside Iraq to launch a series of attacks against Iranian adversaries in Iraq, including a heinous attack…against innocent civilian Iranian dissidents imprisoned against their will at Camp Liberty.” Wounding more than 40, “this attack, as previous ones on Camp Liberty, is the work of Iranian controlled forces operating virtually at will, both covertly and overtly in Iraq,” writes Ginsberg.

While Iran might present itself as the “savior of the truncated Iraqi state,” this is “deviousness:” The Iranian regime does not mean to be “helpful” to the West, he argues. Ginsberg continues, “the awful, painstaking battles being waged to liberate Iraqi territory from ISIS are intended eventually by Iran to gain more control north of Baghdad at the expense of Iraqi sectarian reconciliation and U.S. national security interest.”

“Incorporating Iraq and Syria (as well as Lebanon) into a Shiite Crescent under the thumb of Tehran is so evident it’s as if the Ayatollah has hung out a neon light declaring it so,” he declares.

Ginsberg implies that we have ISIS because we first had the Iranian regime’s “loathsome” meddling – the purposeful creation of instability by terror – in Iraq and Syria.

There is a battle of wills in train – both between the regime and its people and between Tehran and the West. In the latter contest, Ginsberg believes Obama has already capitulated, leaving the U.S. without a regional strategy and, worse, abandoning the field to the Iranian regime.