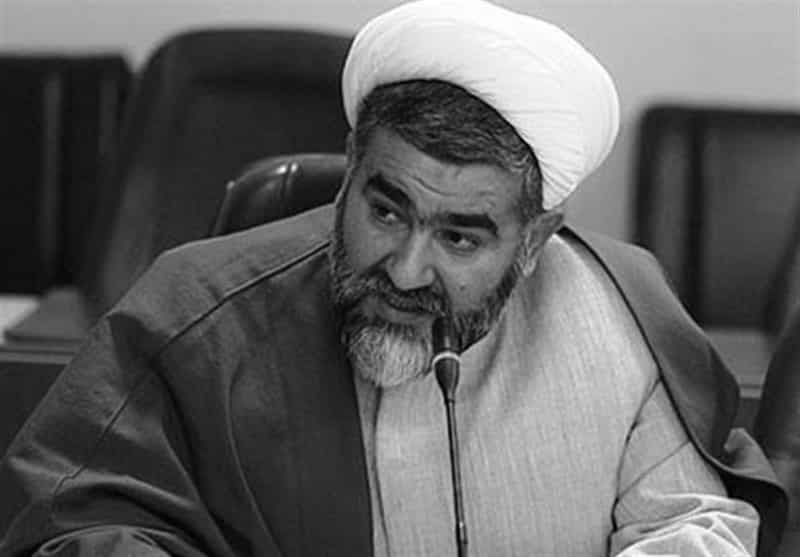 “I was one of those who shot people. We killed them! Who is going to put us on trial?”

These were blatant remarks by Hassan Norouzi, an Iranian member of parliament on November 13, about the massacre of innocent protesters in November 2019.

During an interview with the state-run Dideban website, Norouzi, deputy chairman of the Judiciary and Legal Commission of parliament, was slamming the International People’s Tribunal in London, called the “Iran Atrocities Tribunal”. The tribunal was held to investigate “crimes against humanity” committed by the Iranian regime during the major Iran protests in November 2019.

The November 2019 uprising rattled the regime’s foundations. During which over 1500 protesters were brutally gunned down. Reuters later reported that Ali Khamenei, the regime’s supreme leader, had told his military commanders: “Do whatever it takes to end it. You have my order!”

Several mothers of the victims of November protests bravely challenged Norouzi  to “come out his nest,” and they warned that they will “put him on trial.”

“You brag about killing [our children] and that no one dares to put you on trial, while you stay in your nests, with 30 bodyguards. Come out, and we will put you on trial. Come out unarmed, just like us. We don’t fear death or prison,” the mothers of victims courageously said in a video posted on social media.

The defiant youth also torched Norouzi ’s office in Robat Karim, Tehran, on November 20. The move was praised by Iranians at home and abroad while receiving worldwide media attention.

While mocking Norouzi ’s claim that he had “joked” about killing people, the state-run Jomhuri-e Eslami daily called his remarks “disgusting.”

“Dear sir, even joking about killing people is not pleasant. It is rather disgusting. In that incidents, the blood of Muslims was spilled,” Jomhuri-e Eslami wrote on November 15.

“Instead of seeking national unity, some officials have been rubbing salt on the nation’s wound [about November protests],” Hamdeli daily wrote on November 15, underlining the amplifying public hatred toward the regime.

“The interview of a member of parliament was shocking. It hurt the families of the victims even more. Norouzi ’s remarks will bear consequences for the system and hurt the feelings of the victims’ families,” Hamdeli wrote.“The events of November 2019 are not a subject to be joked about, like the officials of the previous administration who joked about shooting the protestors in the legs as well as in the heads.”

Days after the crackdown of the November 2019 uprising, when the regime’s former Interior Minister was asked why security forces were aiming at the protesters’ head, Abdolreza Rahmani Fazli answered: “Well, protesters were shot in the legs as well.”

Due to the rising public anger, Norouzi was later forced to say he had joked about killing people. But this has not been the first time he has made such blatant remarks.

Who is Hassan Norouzi?

Norouzi is the regime’s MP for Robat Karim, 27 km southwest of Tehran. He was born in Mashhad and studied in the seminary before the 1979 revolution. He soon joined the mullahs’ regime after the revolution. As for his first job, Norouzi headed the Ghasr-e Shirin court in Kermanshah, northwest Iran.

He was captured by the Iraqi forces in 1980 in Ghasr-e Shirin and was kept as a prisoner of war (POW) for nearly nine years. After his release, he became the Friday Prayer Imam of Robat Karim. In 2008, he was selected as the city’s MP. His tenure was extended and he served in the 10th and 11th legislative terms.

Norouzi is known for his staunch support of Khamenei and the regime’s actions. He has made several controversial remarks in recent years.

Following the 2018 protests, Norouzi called the death of detained protesters “suspicious.” He blamed the victims and claimed that they died of grief or committed suicide.

“Perhaps they regretted their wrong actions and committed suicide,” Norouzi had said. He also blatantly said that Sina Ghanbari, one of the protesters who was killed under torture in prison, had committed suicide. Norouzi even went as far as to explain what method Sina used to kill himself.

Following the downing of the PS752 Ukrainian passenger jet by the Revolutionary Guards (IRGC) in January 2020, Norouzi claimed that “the Ukrainian plane had been tampered in Israel and was under the control of the United States. So, the force that fired the missile at the plane was performing its duty.”

Recently, a series of leaked CCTV footage from Evin prison showed how the guards are abusing and mistreating the prisoners. The latter put on display the dreadful situation at the Iranian prisons. In response to the leaked footage, Norouzi had said: “I asked people who had been in solitary confinement, and they said they were given Qurans and prayers to read.”

“Authorities took prisoners out sometimes for a tour and other visits. They had some complaints about the air conditioners not working, which was due to power outages, and everything was quite normal,” he added.

Norouzi had also defended the regime’s inhumane punishments, such as amputation of limbs.

“People should be happy about implementing the Sharia law and God’s will,” he said. “Before implementing these sentences, they examine the person to make sure that [amputating his fingers or hand] would not harm his body, and then they carry out the amputation.”

The appalling human rights record of the regime and the viciousness of its officials come to no surprise. For 43 years, Tehran has killed and tortured its way up to survival and the inaction by the international community has emboldened its leaders and assured them of their impunity.

But in the last weeks and months, the impunity was jeopardized by the Iranian people. Resilient youth torched the MP’s office and the martyrs’ mothers, as well as Iranians on social media, called him out. Coupled with two international tribunals that are calling for holding the Iranian regime’s officials to account for ‘crimes against humanity’, it just shows that the tides against the clerics ruling Tehran are turning.

When Norouzi made his remarks, he wasn’t expecting it to backfire. ‌Nor did those who have called and ordered him to back down. But albeit the excuses, the damage was made, and it could only be made worse.

Now, more than ever, Iran’s explosive society is thirsty and strives for freedom, equality, and justice. The regime is fractured as never before, the morale of its armed forces is at an all-time low and the resolve of the nation is evident on the streets, it’s loud and it’s bold.