Ingrid Betancourt: This Persian New Year is the year of victory of Iran’s people and Resistance 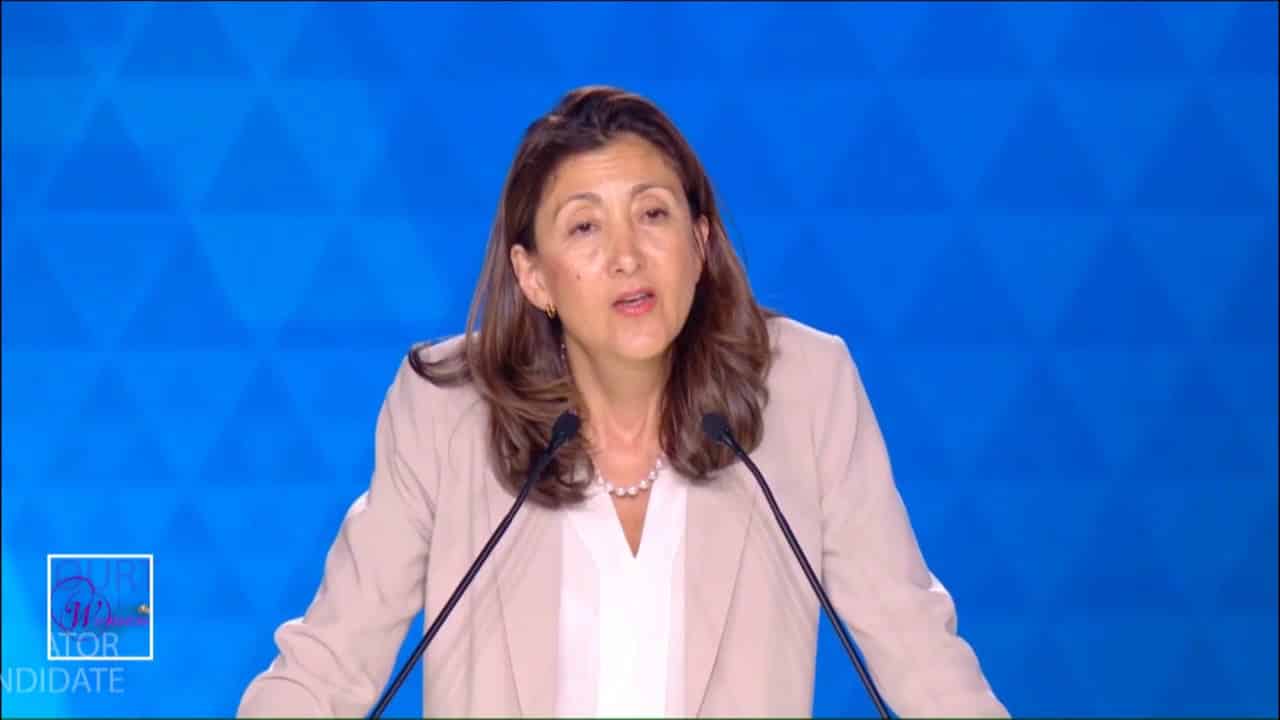 The National Council of Resistance of Iran (NCRI) held an online event on March 27, celebrating the Persian New Year, Nowruz. This event was attended by a number of French dignitaries and politicians, who expressed their support for the Iranian people’s struggle for freedom. The keynote speaker of this event was the NCRI’s President-elect, Mrs. Maryam Rajavi, who addressed the participants from Auvers-sur-Oise. One of the participants of the NCRI’s event was Ms. Ingrid Betancourt, a former Colombian Senator and Presidential Candidate.

Below is the full text of her speech:

Dear friends, dear Maryam, I find with so much pleasure other friends this spring, whom I see again Rama Yade, William Bourdon, Gilbert Mitterrand, and so many others.
As spring sets in and hope for life is reborn despite this pandemic that separates us physically. Here we are to celebrate this Nowruz, which marks the dawn of the 1400 years in the Persian calendar. In the depths of the night, the day rises, we are already celebrating with hope the end of the terrible darkness of Khamenei’s regime and the advent of light in Ira. The light of a Republic, the fruit of the will, and the courage of all Iranians.

Because to me, this Nowruz is a Nowruz of optimism. A Nowruz where I already see a new republic in Iran, which can only be born after genuine, fair, and free elections, not a comedy of democracy which, like today, was put in place to deceive the Iranian people and put the world’s conscience to sleep. A secular republic. My companions who preceded me have already described it: where religion is not used to justify the barbarism and corruption of its rulers, nor to divide the Iranian people and to better force them to submit by discriminating women and ethnic minorities. A republic, finally, like the Iranian Resistance that we love so much, where women and men work shoulder to shoulder to transform the devastation of Iran by the mullahs and their Revolutionary Guards into a garden of peace for making a world a better place.

I know some of you find the wait long and the night endless. But I know from personal experience that this is just when it is at the pick of the darkness, the point of losing hope, the tide turns, and everything will change. This happened to me when I was in captivity after seven years. Just when I believed I had seven more years of horror, violence, abuse away from my people, just then, I was spectacularly liberated.

So that’s why I’m optimistic. So, I want to celebrate this New Year with all of you since I know in my heart, intuition, and political observations, and my analysis of the historical facts that we see that we are witnessing the end of the mullahs’ obscurity.

I think, for example, that a few weeks ago, this past February, Iran, experienced an unprecedented wave of protest in the southeastern provinces of Sistan and Baluchestan. The Revolutionary Guards had just killed 40 people, like always in the barbaric madness that characterizes them. But the population reacted with anger. They stormed the offices of the provincial governor and the headquarters of the Revolutionary Guards for a whole day. And what is new and significant is that after the 40 murders that followed the assault on the Revolutionary Guards, the population, instead of being afraid of repression and dispersing, exhilarated. They gathered and counter attacked [the IRGC].

Together with the people of Iran and the Iranian Alternative, live for #Nowruz
Saturday, March 20, 2021
The message of Ingrid Betancourt, former Colombian presidential candidate#Iran pic.twitter.com/fxQJFrFYN1

This information is not known to our side of the world. Little or nothing is said about it in the media. This information is suppressed because the dictators know that all these signs ring the bell of their departure. A few weeks ago, despite the Biden administration’s offer to re-engage in diplomatic talks and put nuclear negotiations on its agenda, the mullahs stepped up their belligerence in the region and violations of the Joint Comprehensive Plan of Action (JCPOA) as a sign of refusal.

But the reality is that beyond issuing revengeful rhetoric, the regime can no longer afford to allow nuclear inspections within its borders. Contrary to the rhetoric of the Iranian government, it has been demonstrated that it has not declared all its nuclear installations and that it has continued its policy of uranium enrichment for military purposes. It is always lying, always cheating.

It is now well established that the regime’s nuclear infrastructure was not dismantled as the agreement envisioned. Quite the contrary, it remains intact. Also, the Iranian government continues to move forward with the construction of its centrifuges. So obviously, it can only accuse the United States of breaking the deal, attempting to whitewash itself, to distract, but above all, and unfortunately for us, to keep the governments of Europe on a leash.

Because these events, which are the blatant demonstration of the Iranian dictatorship’s existential fragility, also show that this dictatorship still gives powerful tail blows like a dying dragon. It has succeeded in silencing the consciences in Europe who are protesting human rights violations in Iran.

Europe not only swept under the carpet the [attempted] terrorist attack in Villepinte on June 30, 2018, perpetrated against all of us who were present, but also against France, Belgium, and Germany. And under the pretext of not damaging the possibilities of a new nuclear deal, our countries have, in fact, given the green light to the mullahs’ international terrorism.

The Iranian emissaries have justified their criminal action by arguing they are acting in self-defense of the regime against an unarmed political opposition. Still, which, behold, according to their own words, intimidates them. Europe cannot validate this cynicism. Killing innocent people to silence the Iranians’ right to express themselves is the signature of the barbarism of the mullahs at home. But it should in no way be tolerated in our country, and this realpolitik of accommodation and silence is dangerous for all citizens of the world.

It is shocking, obviously, for us, as the potential victims of this attack. Still, above all, it is a betrayal against the Iranian people, who are fighting on this side towards Europe, which still appears as the worlds’ bastion and lighthouse of democracy and human rights.

As the regime loses its breath in its bloodbath, how is it possible that our governments in Europe are giving oxygen to fight our values on our territory and not take a firm stand after the Belgian Court of Justice against the Iranian diplomat and his three accomplices?

Europe, and in particular France, must be called to order by all of us. For it is for the safety of all of us to curb the murderous madness of the Iranian regime by dismantling the Iranian spy and terrorism network in our territory. Failure to do so amounts to an act of grave treason. All of us will be held accountable by the verdict of the history of our nations. The rejection of terrorism in our territory goes hand in hand, with a policy of zero tolerance in the face of Iran’s violations of the JCPOA to which we are still a signatory. Again, it is for the safety of all of us. And must understand that it can no longer pretend to conduct its business, as usual, that is, by cheating, manipulating, and blackmailing the economic, political, and moral of free people like us.

So yes, it is time to celebrate this new year and the signs of the collapse of the Iranian dictatorship. Yes, it is time to celebrate with the awareness that we are carrying the flags of human dignity and freedom high, in the sky of our determination, with all members of the Iranian Resistance, wherever they are in Auvers- sur-Oise or Ashraf 3, or anywhere in the world, with Maryam Rajavi, as our northern star. With all those around the world fighting for their cause, it is time to celebrate this new day with our call for justice and fraternity that carries strong and far, as today we renew our commitment to contribute to the liberation and victory of millions of Iranians who fight against tyranny without wavering.

It is by thinking of them and remembering the Iranian tradition of the 7 S, which I saw was exhibited next to Maryam, which symbolizes love, abundance, patience, rebirth, prosperity, health, and fertility, at this beginning of political and spiritual spring, I wish you all a happy Nowruz.

In Iran, Layers of Crisis Hinder but Cannot Subdue People’s Push for Democracy