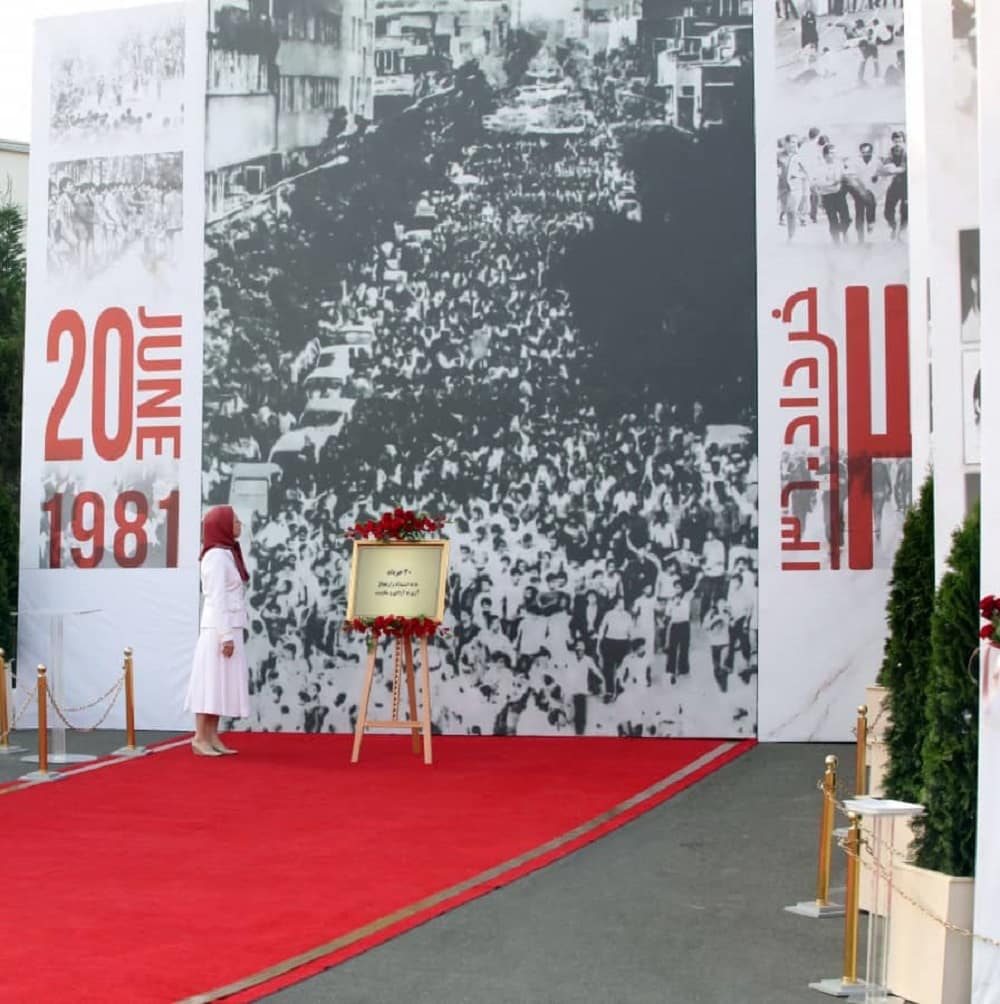 On Sunday, Iranians throughout the world took part in rallies and gatherings to mark an occasion known as the Day of Martyrs and Political Prisoners. It commemorates the June 20, 1981 uprising that marked the beginning of a nationwide opposition movement against the theocratic dictatorship, which continues to this day.

On that day 40 years ago, more than half a million people took to the streets in Tehran to show support for the People’s Mojahedin Organization of Iran (PMOI/MEK) and its vision for a democratic and free Iran. The rally and march themselves were peaceful, but the regime’s founder and then-Supreme Leader Ruhollah Khomeini ordered authorities to open fire, leading to dozens of deaths and thousands of arrests and injuries.

The events of 1981 established a pattern that has recurred throughout Iran’s history, and has assumed newfound familiarity in recent years as Iranian civilians, with the MEK playing a leading role, have staged multiple anti-regime uprisings alongside other actions that demonstrate a renewed collective desire for regime change and democratic governance.

To close his regime's ranks and confront popular uprisings, Khamenei opened the path for the spread of the #coronavirus in #Iran, causing more than 300,000 deaths to date. On the other hand, he installed Ebrahim Raisi, the henchman of the #1988Massacre as president. pic.twitter.com/uX28nLqDJ1

The recent push for this outcome began in earnest at the end of 2017 and continued through much of January 2018 before faltering in the wake of a surge of regime repression. That month’s nationwide uprising encompassed well over 100 cities and towns before shooting incidents and torturous interrogations led to the deaths of around 60 participants. It also sparked a change in how government authorities spoke about the Resistance movement in public.

For approximately three decades prior to the uprising, regime officials such as Supreme Leader Ali Khamenei insisted that there was no viable alternative to the existing regime and no serious challenges coming from within Iranian society. This had certainly not been the public line for the first nine years of the regime, especially not in the wake of the 1981 uprising. But in 1988, authorities set their sights upon the goal of stamping out organized dissent, particularly as embodied by the MEK.

That year, Khomeini issued a fatwa which declared that opponents of the theocratic system were enemies of God and should be dealt with definitively and without mercy. As a result, “death commissions” were established in prisons throughout Iran, which began systematically interrogating political prisoners to ascertain whether they still harbored grievances against the mullahs’ or allegiances to the MEK. Those who refused to bow to the supreme leader were sent to be hanged, often after “trials” that lasted as little as a minute.

Over 30,000 individuals were killed in this fashion, including elderly activists, young teenagers, and pregnant women. Although the MEK survived the purge and even saw its growth accelerate in the wake of the crackdown, its activities were largely driven underground, leaving regime authorities and Iranian state media with an opportunity to start spreading propaganda that represented the main opposition movement as a marginal, cult-like organization with little popular support in normal Iranian society.

This propaganda persisted for decades and paid off for Tehran in its dealings with Western powers that largely became convinced there was no viable alternative to the regime. The MEK was even designated as a terrorist organization for a time, before legal challenges in the US and Europe established no evidence of wrongdoing and reversed the judgements that had been pushed by Iranian lobbyists. Then, years later, with the outbreak of the 2018 uprising, Tehran suddenly undermined its own propaganda as Khamenei publicly admitted that the MEK had “planned for months” to popularize anti-regime slogans and set the stage for dozens of simultaneous protest actions by Iranians from all walks of life.

In November 2019, the announcement of a hike in government-set gas prices provided the impetus for spontaneous protests in nearly 200 cities and towns. This distinctly terrified regime authorities, who responded just as quickly with violent repression. The Islamic Revolutionary Guard Corp led the way in opening fire on crowds of protesters throughout the country, and after a matter of only several days, over 1,500 peaceful protesters lay dead.

Additionally, at least 12,000 participants were detained during the unrest. Many of these were subjected to torturous interrogation extending over a period of months. The initial death toll from the crackdown was much greater than that of the regime’s reprisals against the 1981 protest in Tehran, and the long-term consequences recalled attention to the 1988 massacre. This came as little surprise to those who were familiar with the details of the massacre, which include a prominent role for Ebrahim Raisi, the clerical judge appointed to head the entire Iranian judiciary just months before the November 2019 uprising broke out.

Raisi’s tenure as judiciary chief featured a number of other escalatory moves, as well, including the execution of Navid Afkari, a champion wrestler who had become the object of a global campaign. Now, the mentality behind these abuses will be influencing a position of even higher authority as Raisi prepares to assume the presidency of the regime.

Raisi’s appointment was confirmed on Friday with the results of a sham election, having been designated as the supreme leader’s favored candidate. Crucially, though, the vast majority of the Iranian public sat out the election in accordance with a boycott movement largely organized by the MEK and promoted as a means of “voting for regime change.”

In May, Mohammad Mohaddessin, the Foreign Affairs Committee chairman for the of the National Council of Resistance of Iran, predicted that if the boycott movement proved successful, it would set the stage for further nationwide uprisings, these ones “much more intense and widespread than in previous years.”

Of course, no one is naïve about the challenges that such uprisings are likely to face now that one of the regime’s most notorious human rights abusers has been elevated to the second-highest office in the regime. That is why the NCRI has already set to work pushing the international community to adopt policies that hold Raisi and other leading regime officials accountable for past wrongdoing, and thus make it clear that further crackdowns on dissent will not be tolerated.

Such crackdowns seem as inevitable as the underlying unrest, but considering that that unrest has seen even more recurrence, organization, and diversity than in the early days of the Iranian regime, and the momentum is building for the Resistance movement, and against the clerical regime.