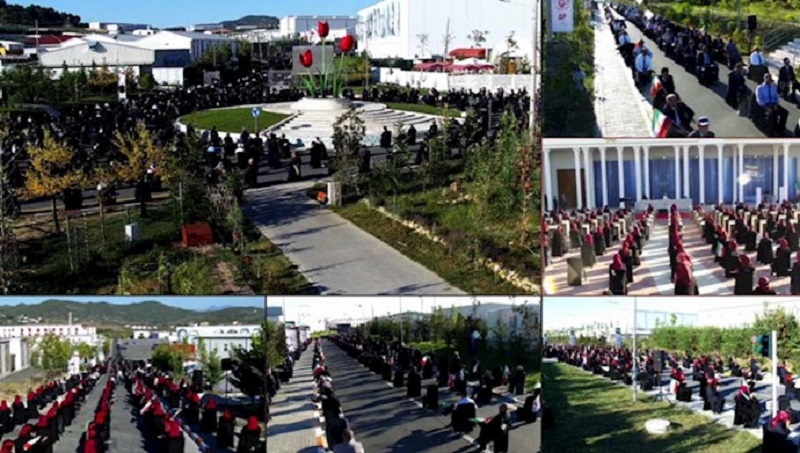 Earlier this month, Iran’s leading pro-democracy opposition group, the People’s Mojahedin Organization of Iran (PMOI-MEK), celebrated the 55th anniversary of its founding. It was a remarkable milestone for more than one reason.

In the first place, it underscores the clerical regime’s repeated failures to destroy the MEK since the beginning of the 1979 revolution.

But it is not enough to say that the PMOI, or MEK, merely survived its 13 years fight against the Shah and then over 40 years of persecution by the mullahs’ regime. The MEK’s anniversary celebration sought to underscore the fact that its following has grown throughout that time, to the point at which it stood at the head of two extraordinary, nationwide uprisings that took place in the previous two years.

The MEK’s role in the protests was acknowledged by none other than the Iranian regime’s supreme leader. In a speech in early January 2018, at the height of the first uprising, Ali Khamenei said that the organization had “planned for months” to popularize the staunch, anti-government message that was put on display with slogans such as “death to the dictator.”

These remarks contradicted decades of propaganda that portrayed the MEK as a “cult” or a “grouplet” with little actual support inside Iran. They also set the stage for many subsequent remarks to that effect, both from Khamenei and from other factions of the regime. Last March, at the start of the current Iranian calendar year, the regime’s supreme leader delivered a speech to student members of the Basij militia, urging them to help counter MEK messaging when it inevitably emerges against the backdrop of campus protests.

That speech arguably represented an even greater departure from established propaganda than Khamenei’s January 2018 speech. That is to say, it acknowledged that the MEK is well-positioned to lead student demonstrations and to otherwise influence the youth of the nation as nationwide unrest continues and the public looks more and more closely at alternatives to the existing theocratic dictatorship.

Various speakers at a virtual conference organized by the MEK on September 5 cited the 10-point plan created by Maryam Rajavi, the President-elect of the National Council of Resistance of Iran, as a factor in their decision to support the MEK and participate in its fight for democracy in their homeland. The conference connected 300 Iranian communities from throughout the world, and prominently featured students and young adults from countries as disparate as Australia and the Netherlands.

Key among the regime’s efforts is a narrative that the youth in Iran do not support the #MEK and are content with the medieval tyranny that has been suppressing them for more than four decades.#Iranhttps://t.co/8dt4UizSxr

Their descriptions of the MEK’s appeal surely reflects a sentiment shared by Iran’s overwhelmingly young and well-educated population. In this way, the conference also went a long way toward explaining the sheer scale of the 2018 uprising, and the even greater levels of participation in a revival of that movement in November 2019. That uprising featured the same slogans as its predecessor, and it aroused such anxiety from the clerical regime that it only lasted a few days before being violently suppressed by the Islamic Revolutionary Guard Corps, resulting in the deaths of 1,500 peaceful protesters, and the arrest of 12,000 others.

Those numbers reiterate the threat that follows any perceived expression of support for the MEK. Several individuals who were arrested in connection with each uprising have since been sentenced to death on the basis of vague charges like “enmity against God.” That label has long been used to justify the summary execution of MEK members or supporters, dating back to the 1988 massacre of political prisoners, which focused primarily on the MEK and claimed a total of over 30,000 victims as part of an effort to stamp out all domestic dissent.

Far from destroying the leading Resistance group, the 1988 massacre ultimately demonstrated its resilience, and its members’ willingness to make the ultimate sacrifice for a democratic cause. This, too, was extensively highlighted by participants in the September 5 conference, with one Iranian-Dutch student, Raha Heshmatikhah, saying of the organization’s leadership, “They have chosen to give up everything they have to make sure everyone in Iran will have the opportunity to live in freedom.”

Ali Fatemi, a CAD/CAM designer for dentistry in Luxemburg who left Iran shortly after the 2009 post-election nationwide uprising in Iran, which was brutally suppressed by the regime said:

“I want to testify that after I left Iran I found that the only voice outside the country that cries out tirelessly for the realization of the rights of the Iranian people is the voice of the MEK and the Iranian Resistance. Anyone who is serious in bringing freedom to Iran will find themselves at the sides of the MEK.”

Ehsan Ayatollahi, an insurance expert from Austria, said during MEK’s anniversary “today, the regime’s front organizations that pose as oppositions try to attack the MEK’s ideology and interpretation of Islam. But there is no other movement that believes in secularism as much as the MEK.”

Roxanna Sadeghpour, a 21-year-old student from Australia who was not born in Iran told the participants of the conference on MEK’s founding anniversary: “But my heart is with my people and I wish to see them one day…I know that the MEK fights for freedom and human values and I’m honored as an Iranian that we have an organization like the MEK, and this ensures that we will one day have freedom in our country.”

Sana Sotudeh, Bachelor of Social Work in Norway said: “I became a supporter of the MEK after studying their history and working with them. I was especially inspired by their perspective on the role of women,”

Inside Iran the MEK “Resistance Units,” though most of their actions outside of participation in mass protests are carried out in secret, on the understanding that open allegiance to the MEK could be an immediate death sentence. The fear of that outcome, however, has not stopped the Resistance Units from posting the images of Iranian resistance leaders, Massoud and Maryam Rajavi alongside calls for regime change, or taking any number of other actions that keep the MEK’s message alive, pending the next nationwide uprising.

Within the ranks of the Resistance, there is no doubt that such an uprising is inevitable. And increasingly, this sentiment seems to be shared, begrudgingly, by the Iranian regime. Presumably, they are aware of the many Iranian youths who kept their identities secret but shared messages of devotion to the MEK’s cause on the occasion of the MEK’s 55th anniversary. And knowing that such individuals are ubiquitous in Iranian society, the mullahs surely understand that they stand ready to lead the Iranian people in defying threats of state violence to renew their demands for the regime’s downfall as many times as is necessary.

Previous articleDr. Kazem Rajavi’s Assassination To Be Investigated in the Context of Genocide, Crime Against Humanity
Next articleIran: Coronavirus Update, Over 102,600 Deaths, September 13, 2020, 6:00 PM CEST