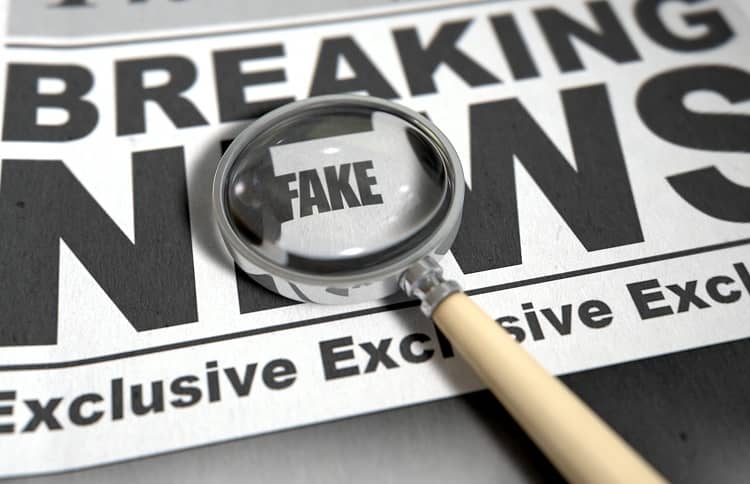 The Judiciary of the Iranian regime recently began a sham trial against its longtime arch-nemesis, the People’s Mojahedin Organization of Iran (PMOI-MEK). The case relies upon more than 40 individuals whom the regime’s Judiciary is presenting as “former members” of the democratic opposition, MEK, with insider information about its structure and practices. In reality, these individuals are all longstanding agents of the regime’s Ministry of Intelligence and Security, involved in an elaborate scheme of circulating propaganda about the MEK not just inside Iran but also throughout the world.

The so-called Judiciary of the Iranian regime’s preoccupation with the MEK has been a matter of public record, at least since the 1980s. In the summer of 1988 alone, members and supporters of the MEK comprised the overwhelming majority of over 30,000 political prisoners who were systematically executed for failing to disavow their political beliefs. The massacre stemmed from a fatwa issued by the supreme leader at the time, Ruhollah Khomenei, which declared that the MEK was at war with God himself, and therefore immediately subject to capital punishment.

The regime has honored that fatwa in many other ways since the 1988 massacre, and so it is recorded that the mullahs’ regime has executed more than 100,000 MEK members and supports. The persistent threat of violence has been prominently highlighted in recent years as authorities have retaliated fiercely against a dramatic upsurge in domestic protests. However, in the nearly three decades between the 1988 massacre and the first in a series of recent, nationwide uprisings, Tehran’s strategy to undermine and destroy the Resistance relied both on execution and torture from one hand and “psychological warfare” on the other hand.

This fact was acknowledged in a 2019 book authored by a former Minister of Intelligence in the Iranian regime, Nasser Razavi. “In the 1990s, we had a fundamental revision of the methods and strategies of fighting the MEK,” he wrote, using the Farsi abbreviation for the MEK. “We concluded that we could not destroy the organization by carrying out operations and military strikes… The more they are hit, the more they become strong and coherent and capable of recruiting more people. Their activity will intensify unless we go for psychological operations against them, which should focus mainly on those who have left the organization.”

Of course, in the face of the MEK’s “strong and coherent” organization and the evident increase in its appeal to the general Iranian population, the regime soon found itself struggling to locate persons who have left the organization, much less to recruit them for the campaign of psychological warfare. Authorities then compensated by using underhanded strategies to coerce former MEK members into lying about it on the regime’s behalf and by dispatching intelligence operatives to infiltrate the organization so they could later speak out against it with a veneer of credibility.

The strategy of coercion was well-embodied by the regime’s recruitment of Massoud Khodabandeh and his British wife Anne Singleton. At a time when Khodabandeh was involved with the MEK, Iranian authorities initiated contact with the couple and began leveraging threats against family members in Iran. The pressure eventually prompted early acts of collaboration from both individuals, and somewhat ironically, once they had been established as assets, the couple began to forge a career out of writings and appearances that disparaged the MEK using talking points drawn directly from the Ministry of Intelligence and Security.

All of this was confirmed, in 2012, by a report from the U.S. Federal Research Division of the Library of Congress, which confirmed the couple’s status as MOIS operatives while also acknowledging that they had been published widely in Western media under the guise of independent experts on security and counterterrorism. Their names continue to appear in some such media even to this day, signaling a fundamental lack of scrutiny from certain outlets where Iranian affairs and the Iranian Resistance movement are concerned.

That lack of scrutiny had provided the opportunity for the regime and MOIS agents like Khodabandehs to publish the Iran regime’s talking points in Western media on the pretext of Iran experts to get some measure of credibility on the world stage. Any articles or broadcasts of disinformation and demonizing campaign against the MEK which has appeared in Western media was then cited by Iranian authorities and Iranian state media in order to pretend that their talking points have been validated by independent sources. In reality, the talking points in question – mostly allegations of militancy and abuse among MEK members – would have invariably originated in the MOIS, only to be absorbed and regurgitated in various formats via deceptive sources.

For years, the regime invested heavily in MOIS agents as “former members” to disseminate its disinformation and lies about the MEK. And to do so, they have always tried to hide their identity, such that some professional journalists and media outlets have fallen victim to those deceptive sources because there was some distance between them and their MOIS handlers. However, now the regime is in such a condition that it cannot hide those sources’ identity, and the very same Judiciary that sought to annihilate the MEK in 1988 and massacred over 30,000 political prisoners is using the same sources in its so-called court hearing.

And make no mistake, it is precisely the same institution. Ebrahim Raisi, one of the leading figures in the “death commissions” that oversaw the 1988 massacre, is now the head of the entire Judiciary. When nationwide protest erupted, authorities arrested thousands of participants, and Raisi promised harsh punishment, including executions, for those who were deemed to be its leaders. Around the same time, the regime’s Supreme Leader Ali Khamenei said in a speech that the MEK had played the leading role in organizing demonstrations and popularizing anti-government slogans.

In November 2019 uprising, the Islamic Revolutionary Guard Corps (IRGC) opened fire on crowds and killed approximately 1,500 people in a matter of only days. And once again, the movement’s popularity and organizational strength were attributed to leadership from the MEK.

The question now is why the regime is taking such a foolish step and burning all its resources. The answer must be sought in the regime’s dire situation and the advance of the MEK and their Resistance Units inside Iran. The resistance units have become the point of hope for the Iranian people, and more and more young people are joining them every day. The regime’s fear of the growth of MEK resistance units has compelled it to take such measures. This fear can be seen every day in the regime’s state-run media.

On Monday, March 8, 202, the state-run Mardom Salari daily, in response to the rival faction of the regime, wrote:

“The rival faction should consider how we could control the rising danger of the [MEK Resistance] Units? Do they not see how the MEK is trying to recruit members from the ranks of the unemployed youth and the masses of boys and girls lost in poverty and turn each of them into an insurgent and a time bomb?” Mardom Salari’s.”

“They should consider a bit about the day when the sound of thunderstorms and explosions caused by social unrest led by the MEK sweeps the earth, and, of course, it’s too late to think of any solution,” Mardom Salari adds.

“Why don’t they see that in the context of the livelihood crisis, a dangerous and sinister organization is taking root under the skin of the city? Do they not know that the MEK in its networks incites the poor youth to take radical actions against the entire system? When the waves of the discontent move and quickly turn out of expectation into a violent storm, there will be no sign [of the regime],” Mardom Salari’s article concluded, warning the rival factions.

The regime’s talking points are well-worn and have seen little variation over the years, so if claims about the MEK seem familiar, it is a sign that they should be examined more closely, not taken for granted. The tactics for spreading those talking points are also firmly-established and were recently described in detail by former MOIS collaborator Hadi Sani-Kani, in a letter to the United Nations Secretary-General. The letter expresses regret over having “fallen into a trap” that resulted in him spreading disinformation about the MEK for four years after he ceased to reside at its Albanian compound.

All journalists who cover Iran would be well-advised to read the letter in order to better understand the nature of Tehran’s campaign against the democratic Resistance, as well as the sheer scale of the disinformation that Western media needs to counter.