NCRI – For years, the Iranian regime has been peddling the notion that no viable opposition exists in Iran. In its relations with foreign governments, Tehran downplays the existence of a viable opposition, in particular suggesting that the People’s Mojahedin Organization of Iran, PMOI (MEK), has no major standing among Iranians and poses no serious threat. As such, for a long time Tehran opted the line of trying to ignore the PMOI and the National Council of Resistance of Iran (NCRI).

This argument intended to convince its interlocutors that the only realistic policy options are either appeasing Tehran or waging a full-fledged external war. And given the tragic experiences of recent history in the Middle East, Iran’s mullahs remain confident that appeasement looks like the more attractive option.

The Free Iran gathering in Paris on July 9 punctured Tehran’s long held narrative. According to scores of media outlets, some 100,000 Iranians and their international supporters participated in the event. 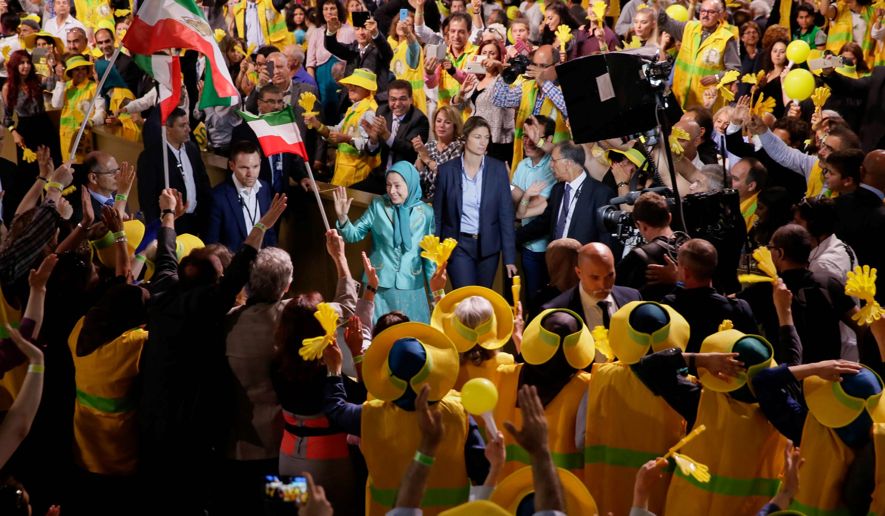 Prior to the rally, dozens of political prisoners in Iran, in courageous acts of defiance, took the risk of sending messages of support urging the participants to be their voice for change. In addition, resistance activists from across Iran in a symbolic video expressed their support for the democratic opposition.  Furthermore, hundreds of youth who had fled the country over the past year were present at the rally. Their presence spoke on behalf of the new generation and families of political prisoners.  This prevented the mullahs from once again denying the deep roots of the resistance in Iran.

In addition hundreds of dignitaries of different political persuasions from the US, Europe, and the Middle East took part in the event.

Given that the event was also broadcast live by several satellite TVs including Simay-e Azadi, a media blackout and ignoring the event became untenable.

Just hours after the event concluded, Tehran lashed out, bashing the event and its message of regime change.

Who in Tehran Reacted?

Many of the Iranian regime’s top officials and figures responded publicly, attacking the National Council of Resistance of Iran, its principal constituent group the People’s Mojahedin Organization of Iran (PMOI or MEK), and the President-elect of the Iranian Resistance, Maryam Rajavi. They represented both factions of the regime – the recognized hardliners associated with Supreme Leader Ali Khamenei and the allies of so-called moderate President Hassan Rouhani. They included:

Who was the focus of Tehran’s ire?

The regime’s officials in their remarks and assessments warned that a new era had begun in the region, with the opposition gaining influence and prominence on the international stage. They also indicated that the appeal of offering concessions to the regime was wearing off among Western policymakers as the notion of regime change by the Iranian people and their own resistance continued to gain momentum.

Over 4000 outbursts in the Iranian state media

Tehran’s reaction has been both unprecedented and hysterical, continuing unabated for 10 days. Iranian state controlled media was riddled with comments, stories, talk-shows, and interviews on the gathering and its call for regime change. As of July 24, there had been over 4000 stories in the news outfits and web sites affiliated with the Iranian regime regarding the July 9 gathering.