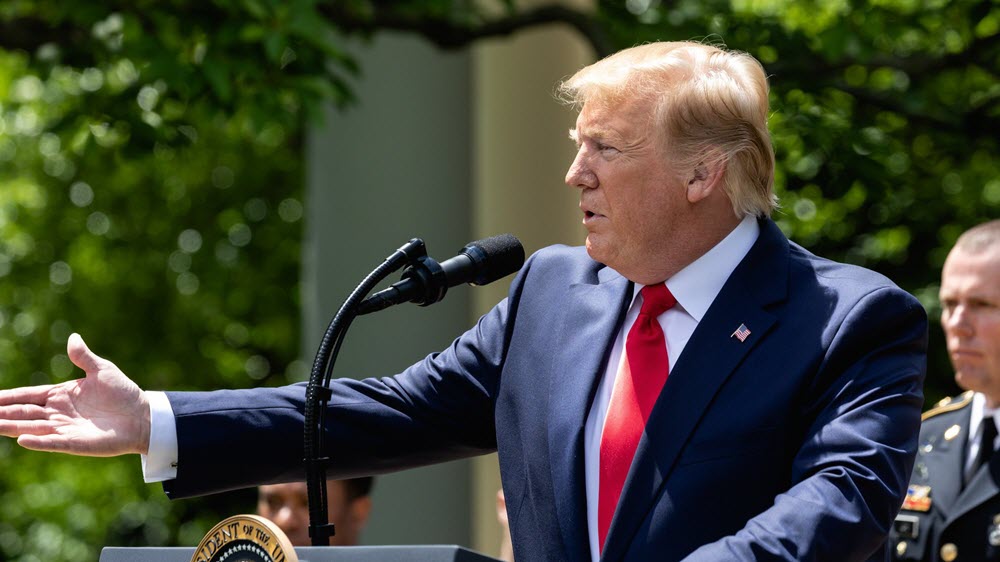 The White House announced the sanctions hours after Iran's regime said it would stop complying with certain parts of the 2015 nuclear deal.

U.S. President Donald Trump's executive order imposing new sanctions on Tehran also came on the one-year anniversary of his announcement that he would withdraw the U.S. from the nuclear deal.

"It remains the policy of the United States to deny Iran all paths to both a nuclear weapon and intercontinental ballistic missiles, and to counter the totality of Iran's malign influence in the Middle East," President Trump said in the order released Wednesday.

"It is also the policy of the United States to deny the Iranian government revenue, including revenue derived from the export of products from Iran's iron, steel, aluminum, and copper sectors, that may be used to provide funding and support for the proliferation of weapons of mass destruction, terrorist groups and networks, campaigns of regional aggression, and military expansion."

The sanctions could impact other countries conducting trade with the Iranian regime, and President Trump warned in a statement that the executive order "puts other nations on notice that allowing Iranian steel and other metals into your ports will no longer be tolerated."

The U.S. administration previously targeted the Iranian regime with sanctions against financial institutions and its oil industry, which serves as its largest revenue producer. The regime's metal sector is another major source of revenue, accounting for roughly 10 percent of its export economy.

President Trump said in a statement announcing the metal sanctions Wednesday that "Tehran can expect further actions unless it fundamentally alters its conduct."