Over 10,500 people across 212 cities in Iran dead of coronavirus, per Iranian opposition PMOI/MEK

Many people who were discharged from hospital died at home within a week, according to doctors in Gilan, but their numbers are not among the dead.

More than 10,500 people have died of #coronavirus in 212 cities across all of Iran’s 31 provinces as of Monday afternoon local time, March 23, according to the Iranian opposition People's Mojahedin Organization of Iran (PMOI/MEK). #COVIDー19 https://t.co/fnatlMbjGp

Low-income female peddlers still need to make a living – whether on the street or in the subway system. With the spread of coronavirus, there are fewer pedestrians. As a result, female peddlers have no choice but to sell their goods to customers on the subway.

Female peddlers in #Iran in this situation suffer from both the pain of poverty and the fear of endangering their family’s health.https://t.co/uwVvudJ1Sy#COVID19 pic.twitter.com/4Af8m58bUE

One peddler, Zahra, lugs a bag of unsold shawls as she gets off at the last station on the line. Zahra has two daughters, both of whom are students.

Floods across Iran’s southern provinces are causing havoc and destroying people’s lives, killing at least 11 and leaving many injured in the past two days. A 32-year old woman and a five-year-old girl in the city of Bandar Abbas, southern Iran, and a 58-year old man in Larestan have lost their lives due to the floods. These unfortunate incidents have also left behind many injured, two of which are in Bandar Kangan near Bushehr, southern Iran, and another in the city of Darab. Rains were reported on Sunday, March 22 in the provinces of Hormozgan, Fars, Bushehr, Sistan & Baluchistan, and Kerman.

Amid Coronavirus, Floods in Iran Kill Dozens; Regime Has Not Taken Any Action

Floods across Iranian southern provinces have so far claimed the lives of 11 people and created another humanitarian crisis amid the coronavirus outbreak in Iran.

The coronavirus outbreak has so far claimed the lives of 9,600 people, according to reports published by the People’s Mojahedin Organization of Iran (PMOI/MEK), yet the Iranian regime’s supreme leader, Ali Khamenei, instead of acting, blames the United States for this crisis.

In this regard, on March 22, Khamenei, blatantly said: “Firstly, you (The U.S.) are facing shortages of your own … If you have anything, use it yourself. Secondly, you have allegedly produced the virus. One must be insane to trust that you will bring medicine. Your drugs may even spread the disease further or make the virus permanent. Or, if you send a doctor or physician, you may want to closely test the toxic effects of the virus you have created. Because it’s said that given the knowledge about Iranian genes, part of the virus has been especially created for Iran.”

Romanian lawmakers, members of the Romanian Parliamentarian Committee for Free Iran, in a statement on March 21, expressed their solidarity with the victims of the coronavirus outbreak in Iran and also condemned the regime’s cover-up and failure to help the victims, which has resulted in an overwhelming increase of fatalities. According to the People’s Mojahedin Organization of Iran (PMOI, Mujahedin-e Khalq or MEK) nearly 10,000 people have lost their lives.

Maryam Rajavi: My sympathies to our compatriots stranded in nine Iran provinces surrounded by Floods and overflowing of rivers.

My condolences to families of the victims in Larestan and Bandar Abbas.

As in the Corona outbreak no relief efforts could be expected from the mullahs’ depraved regime. The people of Iran become victims of preventable incidents.

As in the #CoronaoutbreakIran no relief efforts could be expected from the mullahs’ depraved regime. The people of #Iran become victims of preventable incidents

The People’s Mojahedin Organization of Iran (PMOI / MEK) announced this afternoon, March 22, 2020, that the Coronavirus death toll has risen to more than 9,600 in 210 cities across Iran. The number of victims in Tehran province is at least 1,500, in Ardabil 120, in Kerman 160, in Mazandaran 620, in Isfahan 690, in Golestan 490, in Lorestan 180, and Qazvin 250. In Qazvin, hospitals are filled with patients, and Qazvin’s International Exhibition Center has also been dedicated to Coronavirus patients. At the same time, the number of victims in Qazvin and other cities, including Kordkuy, Maku, Neyshabur, Semnan, and Aliabad, is increasing daily.

21 Nobel laureates from US, Canada, Germany and Norway in a letter to the United Nations’ Secretary-General Antonio Guterres while condemning the Iranian regime‘s catastrophic cover-up of the coronavirus outbreak which has resulted in the deaths of thousands of Iranians and described it as  a crime against and strongly condemned it. 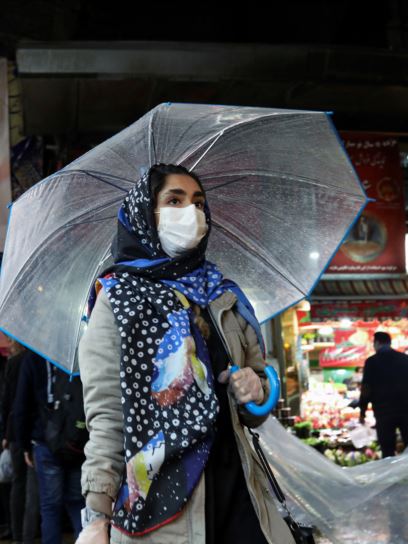 According to some reports, ten former director generals of Iran’s Health Insurance Organization wrote a letter to regime President Hassan Rouhani saying, “If urgent action is not taken today, there is a high probability that we will be facing major dilemmas in April following the mistakes in estimates back in February. This includes a continuation of threats endangering people’s health and the country’s administrative system will be engulfed with this issue in the coming months.”

Former Iranian health minister Seyed Hassan Hashem Ghazizadeh wrote on his Instagram page on Sunday, March 22: “From mid-December 2019 I had expressed my concerns about coronavirus to the country’s senior officials, including the President. However, most of my efforts have not been very effective as of now.”

Monday, March 23, 2020, marks the 130th day since the beginning of the nationwide Iran protests.