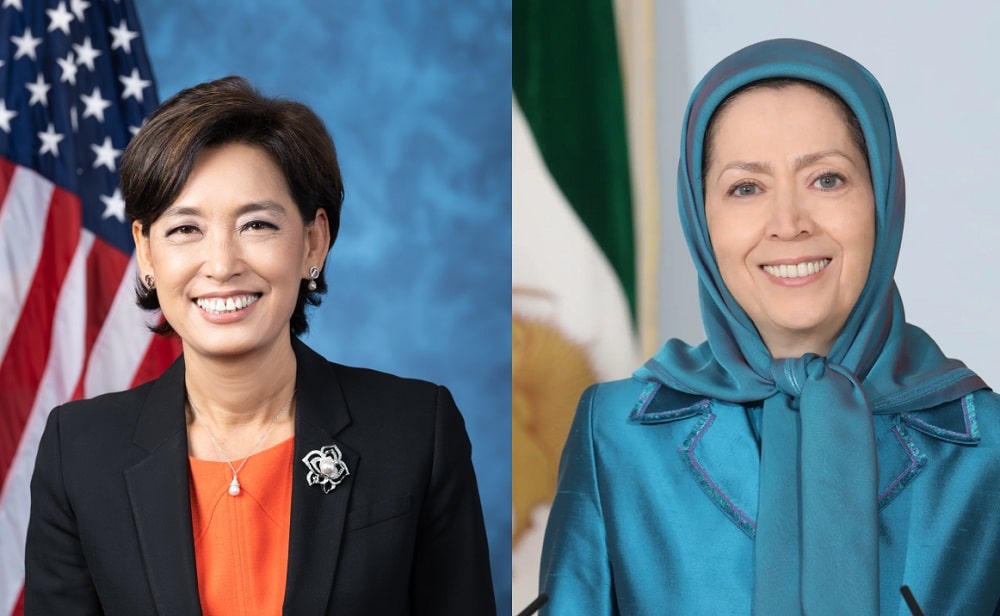 Via video conference, United States House Representative Young Kim met with Mrs. Maryam Rajavi, the President-elect of the National Council of Resistance of Iran, and discussed the new wave of Iran’s uprisings, the new House initiative to support the protests, and the latest developments inside the country.

The Republican Representative of the House, Mrs. Young Kim, and Democratic Representative Mrs. Abigail Spanberger, both members of the Foreign Affairs Committee, have presented Resolution No. 1397 in support of the uprising of the Iranian people, which emphasized the following terms:

In her conversation with Mrs. Young Kim, Mrs. Rajavi explained the latest developments in the nationwide uprising of the Iranian people. She said despite the brutal crackdown, the regime has not been able to stop the protests, and the youth are challenging the regime with courage and dedication.

Mrs. Young Kim said many of my colleagues in America and I are with you. While you are fighting for freedom of expression and freedom of assembly throughout Iran, you should know that we are on your side. You are the leader of a resistance movement that is fighting on the ground against a religious dictatorship.

Thank you @RepSpanberger for joining me to show bipartisan support for the Iranian people peacefully protesting & condemn the Iran regime’s violent crackdown of protestors & continued abuses against its people. #IranProtests #MahsaAmini https://t.co/UFQCX4bFWS

In the weeks since the brutal murder of Mahsa Amini at the hands of the Iranian regime, we have seen government thugs oppressing women and violently attempting to stifle peaceful protests.

That is why I’m proud to help introduce @RepYoungKim’s resolution condemning this regime.