Optimism Over Iran Nuclear Deal Is Fading, but Concrete Action Is Still Lacking 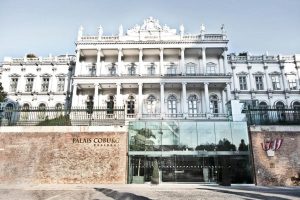 Although talks aimed at restoring the 2015 Iran nuclear deal resumed in Vienna last week, most participants in those talks appear to be even less optimistic about the prospects for an agreement than they were during the five months when the process remained stalled.

The Iranian regime singlehandedly caused that delay, citing the need to reset and shift responsibility to new personnel following the regime’s sham presidential election. But the new president, Ebrahim Raisi, repeatedly assured the international community that the Vienna talks would resume “soon.”

On Saturday, one US State Department official assessed the lessons of the previous week’s negotiations in remarks to the Washington Post, noting that it revealed that Tehran’s process of “getting ready” turned out to involve “continuing to accelerate their nuclear program in particularly provocative ways,” in an effort to secure leverage that could be turned into comprehensive sanctions relief and outsized demands.

Even while the Raisi administration was offering its assurances of an imminent return to diplomacy, various Iranian officials reiterated and even intensified the demands that had apparently prevented prior negotiations from reaching a conclusion. Throughout the process, Tehran has insisted that the US must immediately remove all economic sanctions that were re-imposed or newly imposed following its withdrawal from the Joint Comprehensive Plan of Action in 2018. The regime has offered nothing in return but has explicitly stated that questions of its return to compliance would be resolved only after sanctions relief was verified.

The Iranian regime’s chief nuclear negotiator dug in his heels on this point just ahead of the seventh round of talks beginning last Monday. He then went on to say that all of the terms that had supposedly been agreed upon in the prior six rounds were fair game for reassessment. Another US official described the situation as Tehran attempting to “pocket all of the compromises that others – the US in particular – have made and then ask for more.”

It is no wonder that the State Department is now warning about the availability of various other “tools” to take the place of diplomacy if the regime delays and non-cooperation persist. It is only slightly more surprising that the European signatories to the JCPOA seem to be backing up those threats while unequivocally criticizing Tehran’s lack of seriousness. Britain, France, and Germany have all called upon the Iranian regime to return with more realistic proposals this week while affirming that all of its existing proposals violate prior compromises.

At the same time, Tehran has underlined the threat of nuclear armament by continuing to develop ballistic missiles that are capable of carrying a warhead, and by producing uranium metal, a substance with no purpose other than as a component in the core of such a warhead. At roughly the same time as Tehran’s nuclear negotiators were restating their demands for unearned sanctions relief, one former head of the regime’s nuclear agency spoke to state media and openly referred to “nuclear weapons” as a topic affected by the regime’s “all-encompassing growth.”

Fereydoun Abbasi-Davani was by no means the first official to do so. In February, then-Intelligence Minister Mahmoud Alavi teased the regime’s potential nuclear breakout in order to declare that “those who push Iran in that direction will be to blame.” That was among the clearest confirmation of Tehran’s strategy of nuclear blackmail – a strategy that is also prominently on display in the rekindled Vienna talks.

The regime expects to win concessions through fear, but Western participants in the negotiations must recognize that if that strategy proves successful, it will only embolden the regime to continue heaping threats upon the international community. The best way of preventing this is by following through immediately on plans to make use of those “tools,” like multilateral sanctions and military deterrence, that represent an alternative to the failed diplomatic process.

Western participants in that process cannot simply kick the can down the road and expect to suffer no consequences. The Iranian regime’s current posture at the Vienna talks already makes it clear that it does not take existing threats seriously. And why should it? To date, none of the relevant warnings have been backed up by action, and the European Union had desperately clung to its optimism regarding the revival of diplomacy.

Now that that optimism is fading, the US, the EU, and its member states must be strong enough to rebuff any further efforts by the regime in Tehran to play for time. They must re-implement all relevant UN sanctions and return to the high-pressure strategy which will certainly curb the regime’s nuclear ambitions.