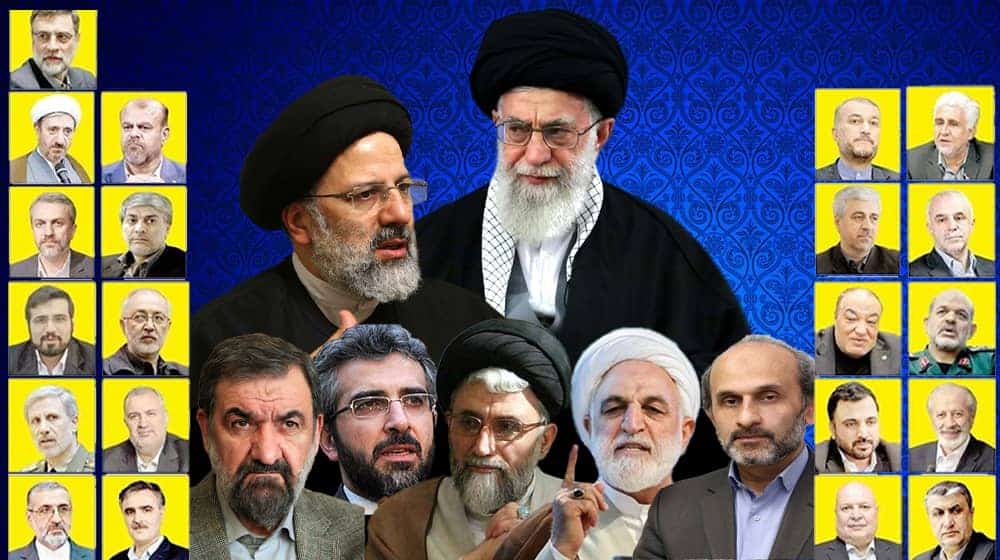 For years, Ali Khamenei, the Supreme Leader, who has the final word on all major decisions in Iran, has understood that the slightest dissent within his regime endangers its very survival.

This was evident during the nationwide uprising in July 1999, which was emerged from protests that were organized by students at Tehran Open University, using Salam, a newspaper associated with the regime’s “reformist” faction, to evade state censorship. It was made evident again in May 2009, when protests erupted after a rift between the regime’s factions led to a plainly fraudulent election. People used the momentum to pour into the streets and express their hatred of the entire ruling theocracy.

After Hassan Rouhani became president, both factions clashed over many strategic decisions like how to handle the nuclear dossier, interventionism in the Middle East, relationship with the West, etc. While each faction viewed its own strategy as most likely to preserve the regime, the resulting rift was a potential spark for more sociopolitical upheaval in the country.

As such, Khamenei used the Guardian Council to “purify” the parliament of “non-revolutionary” elements during the 2020 parliamentary election; and during the sham presidential election in 2021, he also managed to orchestrate victory at the ballot box for Ebrahim Raisi, the ‘Henchman of 1988″. The parliament overwhelmingly approved the suggested ministers, and Mohammad Bagher Ghalibaf, the parliament speaker who has a bloody record of his own, intervened whenever necessary to make sure Khamenei got the cabinet he desired.

The Judiciary Chief, the head of Atomic Energy Agency of Iran, head of the national broadcasting service, and secretary of the Expediency Council were replaced. Hence, some people who had formerly been close to the center of power in Tehran were sidelined, disqualified, or silenced. This document attempts to explain what can be expected in the wake of these changes.

More support for militant groups in the region is expected. Codenamed as “Maidan” (Persian for field) inside the regime, the strategy that Gassem Soleimani was following as an “axis of resistance” is moving forward. Hossein Amir-Abdollahian, the new foreign minister, had always been close to the Quds Force while working for the ministry, and his deputy, Ali Bagheri Kani, has also never shied away from explaining how the regime’s meddling in the Middle East is among its crucial ‘elements of power.’

It is noteworthy that Mohsen Rezaei, the new presidential deputy for economic affairs, was the founder of the IRGC’s intelligence unit soon after the IRGC itself was founded in 1980. He worked with Ahmad Vahidi, the IRGC’s deputy for military intelligence, who was primarily active in organizing terrorism abroad. Imad Mughniyeh in Lebanon’s Islamic Jihad Organization were products of Vahidi’s teachings. In 1992, the IRGC’s Intelligence Unit became the Quds Force, with Ahmad Vahidi as its first commander. He played a critical role, either directly or in coordination with the Ministry of Intelligence, in all assassinations abroad until 1997.

More nuclear extortion and a tougher stance toward the JCPOA negotiations are expected in the near future, based on the regime’s apparent belief that it can force the U.S. to retreat. Tehran expects the U.S. administration to oppose all the previous administration’s policies, including the policy of maximum pressure, and to avoid all military action, even in very limited forms.

The regime is also relying on Russia and China’s opposition to any action against it and anticipates that Washington will not undertake any serious foreign policy measures that might risk political embarrassment.

Having little fear of new consequences, Tehran is unlikely to move any nearer to compliance with the international regulations of the Financial Action Task Force under the current administration. This has been a controversial issue for many years, and some of the staunchest opponents of FATF compliance are now in Raisi’s cabinet, including Mohsen Rezaei, Mohammad Jamshidi, and Ahmad Vahidi.

Arguments in favor of FATF compliance were related to the prospect of legitimate global trade, but under the new administration, the Iranian regime can be expected to lean even further into a strategy of circumventing sanctions. This was no doubt the reason for the cabinet appointment of IRGC Brigadier General Rostam Ghasemi, as he has a lot of experience in this field. As Oil Minister and later deputy economic director of the Quds Force during the Mahmoud Ahmadinejad presidency, he organized the circumvention of sanctions and financed the regime’s proxy groups across the Middle East.

Due to severe domestic crises, with economic, social, and political roots, the regime foresees a repetition and expansion of events similar to the major protests of January 2018 and November 2019, which rattled the regime’s foundations. Therefore, Khamenei is promoting a policy of confrontation in both foreign and domestic politics. As Minister of Interior, Ahmad Vahidi is an unofficial declaration of a curfew against the protests, and with Minister of Intelligence, Ismail Khatib, who has been eliminating the regime’s defectors and whistleblowers all his career, Khamenei wants to make sure there won’t be any surprises. The dictatorship has no capacity nor the resolve to improve the economic infrastructure of the country. Therefore, its only response to the consequent protests is to deceive and deter.

Economic foundations affiliated with Khamenei’s office are trying to confiscate state economic facilities for more looting in order to fund ambitious projects in foreign countries and the proliferation of WMDs. Mohammad Mokhber has turned the Execution of Imam Khomeini’s Order (EIKO) into one of the most important economic institutions in looting the countries assets, and as Vice President, he wants to create an engineered economy where some ministers become his deputies. Several of the ministers who are representatives of other foundations affiliated with Khamenei will cooperate with Mokhber in this regard.