Why Is Iran Pushing for New Nuclear Talks in Brussels? 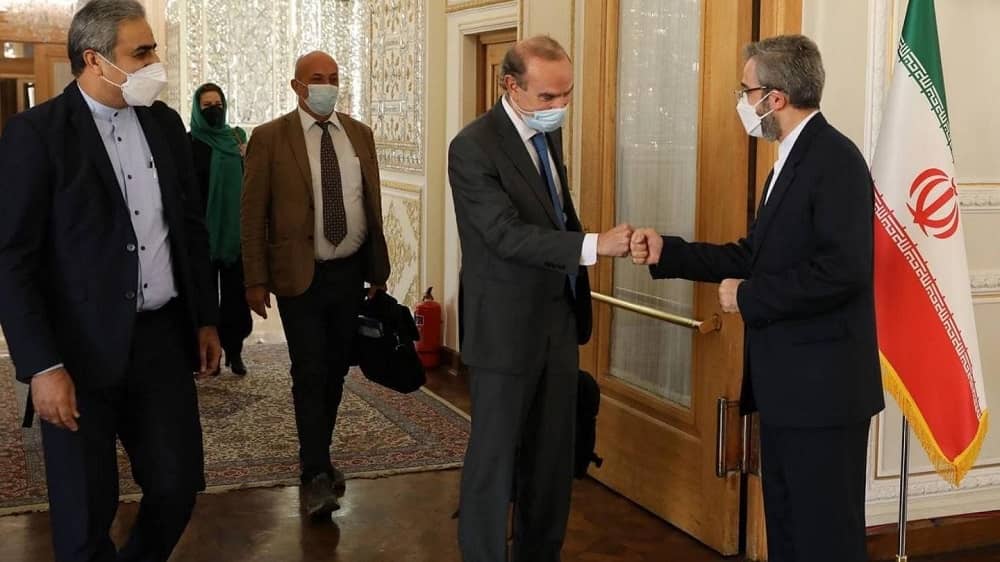 Since the inauguration of Ebrahim Raisi as the regime’s president, the Iranian regime has halted nuclear talks with the P5+1. It has repeatedly delayed those talks in a cat-and-mouse game. Following these games, in sharp practice, the regime proposed negotiations in Brussels instead of Vienna to talk about how to continue the negotiations. The purpose of the new so-called initiative was actually to create a rift between Europe and the United States and eventually to push for more concessions. Additionally, the new talks were designed for the new negotiation team to drag feet and buy time.

In an article titled “The Importance of the Brussels Talks in Reviving the JCPOA”, dated October 26, the Tabyin think tank, affiliated with the Islamic Revolutionary Guard Corps made clear about the Iranian regime’s intentions.

The think tank wrote: “By changing the location, the foreign policy apparatus is practically trying to show the West that the previous path for negotiations has changed. By interpretation, Iran has chosen Brussels as a spot for EU institutions to highlight the European Union’s role against those of the United States, and in fact, it’s a response and a defensive action to the US offensive approach to further align both sides of the Atlantic against Iran.”

The article went on: “There are several important advantages by choosing the European Union as the main party for the Brussels negotiations:

1) Creating a rift between Europe and the United States overshadows the power of US consensus-building against Iran.

2) The direct engagement between Tehran and Brussels, along with Tehran’s direct and flattering relations with Beijing and Moscow in the talks, is a kind of balancing act in the JCPOA talks.”

These confessions clearly indicate the regime’s goal is to pursue a policy of extortion and push for the lifting of all sanctions, particularly those related to human rights and terrorism. The same piece also reads:

“At the end of the sixth round of talks, the main disagreements still remained on how Iran, the United States to some extent, the European signatories would return in compliance with the nuclear deal. The most important of those include:

1) Iran opposes the idea of a step-by-step implementation mechanism of commitments, which was put forward by the US. According to the approach, some of the sanctions will be lifted in exchange for some of Iran’s nuclear commitments. Iran believes that the United States should return to the JCPOA and fulfill its obligations at once.

2) Iran’s opposition to the US and European avarice approach to increase the timing of the sunset clauses.

3) The United States opposition to lifting all sanctions imposed after the US withdrawal from the JCPOA with various labels including “non-proliferation”, “counter-terrorism,” and “human rights violations.”

4) Ensuring that the United States does not withdraw from JCPOA.

5) Verification of lifting sanctions by the United States.”

The regime’s policy stems from its belief that the EU and the United States need to reach some kind of an agreement with the regime and are willing to make concessions to do so. Therefore the regime wants to buy time and push for maximum concessions.

The regime’s policy will persist for as long as it feels that the West is willing to give it concessions, and the only way to force the regime to stop its nuclear program is to activate the snapback mechanism and reverse all UN sanctions. Almost a decade ago, it was the sanctions rather than concessions that forced the regime to crawl back to the negotiating table. It worked then and it will work now.