Creating a black market in Mashhad Prison by the prison officials 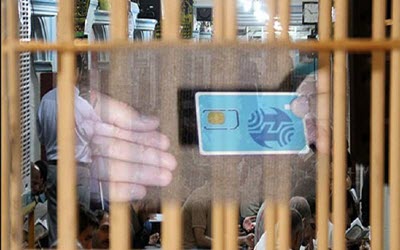 NCRI – According to reports, to put the pressure on the prisoners, prison officials in north western city of Mashhad have significantly reduced the number of phone cards.

It’s now nearly two weeks that no phone card has been distributed among prisoners. The prisoners are now in serious trouble since they can only call their families by using these phone cards.

Two weeks ago, a limited number of phone cards were distributed among prisoners, all of which sold at a higher price than usual. For instance in some cases a $020 phone card was sold at $180.

There is a phone card black market in the prison and currently each phone card is sold at $40. This has left the prisoners with no possibility to call their families due to poverty and financial problems.

It is worth mentioning that there are many prisoners who are sentenced to death and kept on death row in this prison. Considering the increasing number of executions in recent weeks, their families are too concerned about not being able to have a phone conversation with them.

Previous articleIran: Pressure on political prisoners in Zahedan prison
Next articleIran- UN High commissioner for human rights: “my Office has been given no access since 2013.”