Iran’s Psychiatrists Association: One out of Every Four Iranians Has a Mental Disorder 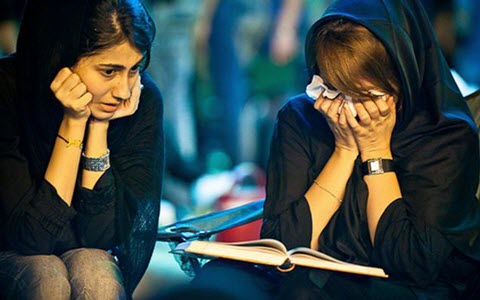 NCRI – A member of the Iranian Psychiatrists Association, according to statistics from the health ministry, said that one out of every four Iranians has a mild to severe mental illness.

According to the state-run ISNA news agency, Hassan Falahpur, psychiatrist and member of Iranian Psychiatrists Association, said: “According to the latest research of the Ministry of Health, the prevalence of mental disorders among people aged 15-65 without any personality disorders is 24%.”

“According to the definition of the World Health Organization, the concept of health includes physical, psychological, social and spiritual well-being, and the mere absence of physical illness can not mean complete health,” Falahpur said. “Some people may be physically healthy, but they do not have full health.”

Earlier, the head of the Iran regime’s welfare organization called psychiatric disorders one of the problems of the community, and said that 25 percent of the people in the community are suffering from mental disorders.

In this regard, the head of the regime’s psychological organization, Abbas Ali Allahyari, said: “Unfortunately, we do not have a thorough study of the psychological state of the society and mental patients, and the statistics are 20 to 30 percent. The announcement is not based on a rigorous scientific research methodology, but we are aware that effectively the mental state of the community is not good.”

According to Allahyari, “The index of human suffering in Iran, according to research conducted in recent years, is 90%. This means that 90 percent of the people in Iran are stressed for livelihood,” he said.

Regarding the same issue, the head of the country’s forensic organization also reported 4020 suicides in 2015.

The Young Journalists Club reported that suicide rates doubled in 2016 compared to 2015. Tabnak News Agency also quoted the Iranian Justice Minister as saying that the number of cases brought to the judiciary in 2015 amounted to 14 million and 621,945.

Previous articleIran: Load-Porters, Part of the Army of Unemployed
Next articleThe 1988 Massacre of Political Prisoners in Iran: Time for the Truth, Justice, Reparation and Guarantees of Non-Recurrence