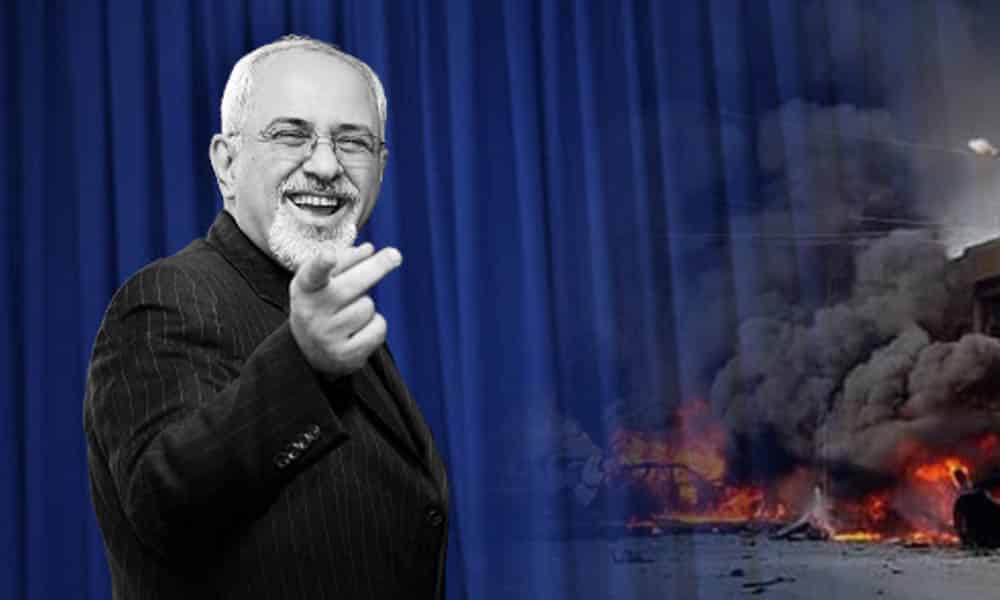 In December, the International Trade Centre was due to hold a summit on prospects for economic relations between the nations of Europe and Iran. But shortly before that event was scheduled to begin, Iran executed an opposition journalist whom they had kidnapped in Iraq after luring him there as part of a sting operation masquerading as a story lead. The international outcry over the killing prompted a number of the would-be European participants to withdraw, and the entire event was postponed shortly thereafter.

Keen observers of this story would have noticed that the Europe-Iran Business Forum was never actually cancelled, though – a fact that arguably undercuts the implicit message of condemnation for the killing of Ruhollah Zam. As a matter of fact, the event’s organizers even included language in their statement on the postponement which affirmed their belief in the value of “commercial exchanges” between Iran and its Western adversaries. Their commitment to that position was clarified recently when it was revealed that a new date had been set for the start of the forum.

When it is held between March 1 and 3, the event will ostensibly feature much the same roster of participants as was originally announced last year. Iranian regime Foreign Minister Javad Zarif and the EU’s head of foreign policy, Josep Borrell are still jointly billed as keynote speakers, and other headliners include the ambassador from at least one of the European countries that publicly pulled out of the event after Zam’s execution. It could hardly be clearer that for many leading policymakers, the issue with the originally scheduled event was not its invitation to open dialogue with a world-leading human rights abuser but rather its proximity to the most recent and most internationally recognized such abuse.

The new date for the summit simply reflects an assumption that the dust has settled enough for the EU to carry on with business as usual in hopes of retaining access to Iranian markets and avoiding the political challenge of confronting Iran’s theocratic regime.

This course of action flies in the face of recommendations that have been offered by dozens of European parliamentarians and former government officials in the two months since Zam’s execution. One statement addressed to Rik Daems, the president of the Parliamentary Assembly of the Council of Europe, urged insisted upon making “any economic and trade relations with the Islamic Republic of Iran contingent on the improvement of the human rights situation in Iran and an end to the regime’s terrorism on European soil.”

“any economic and trade relations with the Islamic Republic of Iran on the improvement of the human rights situation in #Iran and an end to the regime’s terrorism on European soil.” reads the letter#EUTime4FirmIranPolicy #ShutDownIranTerrorEmbassies https://t.co/ma7LM0VdIz

As evidenced by the first half of that demand, Zam’s execution was one motivating factor in this statement. But it was by no means the only human rights issue contributing to the signers’ perception of a need for demonstrable improvement in Iran’s approach to human rights. Quite to the contrary, the statement began by saying that “for four decades, the Iranian regime has been brutally oppressing its people.” It then went on to note that this brutal oppression has only accelerated in the wake of a major anti-government uprising in November 2019. Pro-democracy activists inside Iran have estimated that authorities fatally shot approximately 1,500 protesters during that uprising as well as arresting thousands, many of whom are at risk of death even now.

That risk is underscored by Iran’s entrenched status as the world’s foremost abuser of the death penalty. The number of executions in Iran under the mullahs remains higher than in any other nation apart from China. At least 236 executions were carried out in 2020, and with 27 confirmed from January alone, the current year is well on its way to matching or exceeding that total.

In recent years, the regime has prominently demonstrated its willingness to kill not only Western nationals that have strayed into its jurisdiction but also those who might stand in the way of its foreign objectives.

This was the implication, in June 2018, when four Iranian operatives including a high-ranking diplomat from the embassy in Vienna attempted to carry out the bombing of an expatriate rally in France that was also attended by hundreds of political dignitaries from throughout the world. The primary goal of that plot was to kill the Resistance leader Maryam Rajavi, but if the bomb had not been intercepted by European authorities, there is little question that it would have also claimed the lives of certain Western lawmakers and foreign policy experts.

The lessons of that incident were put under the spotlight earlier this month when each of the terrorist operatives was convicted by a Belgian court. But the subsequent announcement of a new start date for the Europe-Iran Business Forum made it clear that not everyone was paying attention to those lessons. If they had been, then the event’s organizers would have also paid attention to the statements that had been issued while the trial was ongoing, which emphasized the importance of keeping the Iranian regime at a distance until threats to Western security were conclusively eliminated.

As it was expressed by one statement signed by 20 former government officials from more than a dozen European countries, “The activities of Iran’s embassies, religious and cultural centers need to be scrutinized and the diplomatic relations with Iran need to be downgraded, and return to normal diplomatic relations [needs to] be subject to Iran packing-up its terrorist apparatus in Europe and giving assurances that it will never engage in terrorism in Europe again.”

If the Business Forum goes forward under current circumstances, it will only inspire a stronger sense of impunity among Iranian authorities by giving them the impression that the EU intends to pursue Iranian trade relations without prior conditions. This and other friendly gestures threaten to let the regime off the hook not only for an attempted bombing in the heart of Europe but also for severe and escalating human rights abuses inside Iran. To a great extent, that escalation is already the product of overly conciliatory European policies and a Western tendency toward a hands-off approach to Iran’s domestic affairs. If this same conciliation continues or, God forbid, grows stronger, it will be an open invitation for the Iranian regime to accelerate any number of the malign activities that have produced terrible consequences throughout the world.