After weeks of absence from the public scene, the Iranian regime’s supreme leader, Ali Khamenei, appeared in public on Tuesday and warned officials of the mullahs’ dangling “security,” describing it as “vital.”

While calling his regime “the country,” Khamenei said: “Security for the country is an extremely high and fundamental value and a vital element; because without security, all the important values of the country will be disrupted.” Of course, Khamenei’s values are oppression, terrorism and plundering the national wealth.

Khamenei referred to several of his regime’s crises, including social, political, and economic crises.

He first pointed to the people’s rising poverty, which is due to the regime’s wrong economic policies and institutionalized corruption. “Oure economic issues are under pressure. We currently have economic problems whereby people’s livelihood has some difficulties. There are problems with [the regime’s] managing ability in some areas. We acknowledge that in some of our economic sectors the managing capacity is weak,” he said. He also acknowledged the rapid decline of Iran’s national currency’s value.

Two major protests have rattled the regime’s foundations that first started because of the economic problems. The major protests in November, which erupted after the sudden fuel price hike, had such a power that Khamenei ordered his thugs to “do whatever it takes” to prevent the regime’s downfall. Although the mullahs were able to momentarily oppress the society, but ongoing protests by different walks of life in Iran shows the society’s restiveness. The recent protests after the passing of great Iranian singer, Mohammad Reza Shajarian, during which people chanted “death to dictator,” is a testament to the society’s explosiveness.

Acknowledging defections in the regime out of fear of downfall

Domestic and international crises have terrified the regime’s officials. Thus, they continue to defect the regime to somehow avoid public’s anger. In this regard, Khamenei said: “Cowards do not have the right to speak of rationality. Fearing and running away and leaving the field empty is not called rationality. Of course, the enemy tries to instill rationality in that wrong sense, and some people unknowingly repeat the enemy’s words sometimes.”

COVID-19 pandemic and mullahs’ criminal policy of blaming the people

According to the Iranian opposition, the People’s Mojahedin Organization of Iran (PMOI/MEK), more than 122,000 people have lost their lives since the beginning of the coronavirus outbreak in Iran. The regime’s deliberate inaction and cover-up, and reopening economy and schools, all formed the mullahs’ criminal policy of using this virus and its mass casualties as a barrier against people’s uprising. Khamenei had even called this deadly virus a “blessing” and “test.” Now the crisis has reached a point that even the mullahs are unable to hide it. Yet instead of helping people or taking action, the mullahs’ regime, particularly Khamenei and his president Hassan Rouhani, blame people for the coronavirus outbreak, and they have announced fines for those people who do not have the means to purchase masks.

In this regard, Khamenei said: “Sometimes some [people’s] trips cause an uncontrollable outbreak, which is really unfortunate, so in both speaking and acting, everyone should be careful.” He also supported Rouhani’s plan to charge poor people for not wearing masks instead of helping them, which is meant to further plunder people. “Regulations must be sovereign and binding,” he said.

What is Khamenei’s solution for the regime’s crises?

While acknowledging his regime’s crises, Khamenei said: “Let everyone know that the solution for all problems is inside the country. Many of our problems are related to abroad, but the solution is inside.” But, as the highest authority of Iran, he refused to give any practical solution. Instead he foolishly spoke of the United States’ problems.

In a nutshell, Khamenei’s speech on Tuesday once again showed the mullahs’ absolute deadlock. Recent actions by Khamenei and his regime further confirm that the mullahs have reached a dead-end both inside and outside of Iran.

In response to economic problems, the central bank has promised to inject several million dollars a day into the market to control the exchange rate. But, how could the mullahs’ regime allocate such an amount of money to boost the economy while officials plunder people to have more money for funding terrorism abroad?

As to the regime’s social crisis, Khamenei and his regime took several oppressive measures recently. These measures included the execution of Navid Afkari, Iran’s wrestling champion arrested during the 2018 uprising, humiliating and parading youth on the streets under the banner of fighting “thugs,” and Khamenei’s Friday prayer leaders threating women.

But all of these desperate maneuvers have failed. Recent protests after Shajarian’s death showed the public is not intimidated. The social hatred and protests against Friday Prayer Leaders’ threats against women forced the mullahs to step back from their initial threats.
So, in other words, the mullahs’ regime has no way out of all social and economic crises and awaits its downfall. 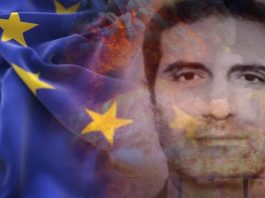 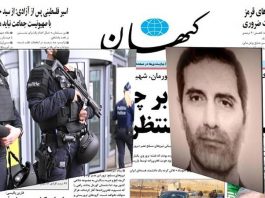 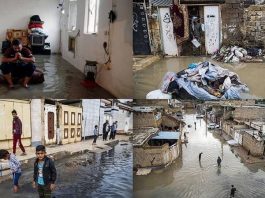