Iranian Threat Against US General Is Latest Sign of Regime’s Desperation, Vulnerability 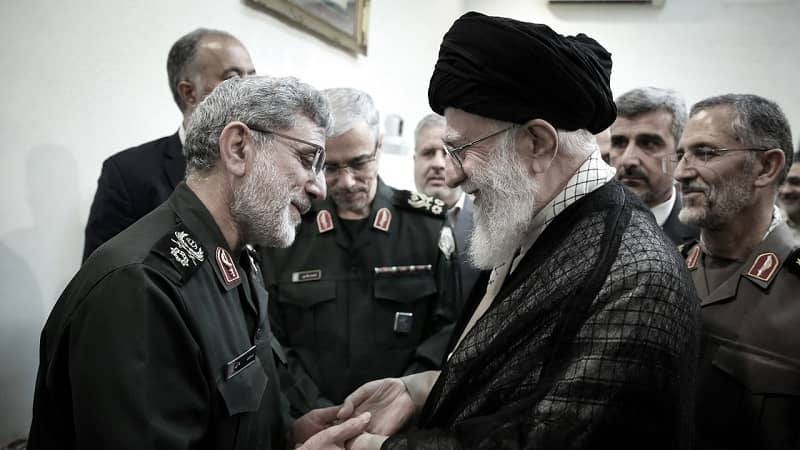 It was recently reported that the US National Security Agency intercepted communications in January, which exposed emerging terrorist plots from the Iranian regime’s Islamic Revolutionary Guard Corps. The IRGC was reportedly planning to orchestrate an assault on a Washington, DC military base in an effort to kill General Joseph M. Martin, the vice chief of staff for the US Army. The plot was one of many examples of the Iranian regime’s apparent commitment to obtaining revenge for the January 2020 killing of Qassem Soleimani, the commander of the IRGC’s terrorist Quds Force.

Tehran previously claimed to have successfully retaliated for that drone strike when, less than two weeks later, the Iranian military launched its first ballistic missile strike that targeted Western forces. More than a dozen missiles struck one Iraqi military base where American servicemen were stationed, and Iranian state media initially attempted to claim that several had been killed. Ultimately, though, the strike’s propaganda value was degraded when it was revealed that there had been zero fatalities and only modest damage to equipment of any value.

“The Obama administration on Tuesday accused agents of the Iranian government of being involved in a plan to assassinate the Saudi ambassador to the United States. Secretary of State Hillary Rodham Clinton said the thwarted plot would further isolate Tehran.” CBS News reported on October 11, 2011.

Some senior officials of the regime, including the current commander of the terrorist Quds force, Ismail Qaani, have already threatened to carry out terrorist attacks on US soil.

“So long as there is a man around the world, he is ready to punish the cowards who did this,” Qaani said on January 1, 2021, adding, “With this crime you have committed, you have created another work for all the free people in the world and rest assure that someone even from inside your house, will respond to your crime.”

He also tweeted: “We warn the US President, the head of the CIA, the Secretary of Defense, the US Secretary of State and other US officials involved in the assassination of Martyr Soleimani that they must learn the secret lifestyle of Salman Rushdie because the Islamic Republic will revenge Martyr Soleimani blood that was unjustly shed.”

The head of Iran’s Judiciary, Ebrahim Raisi, said in January 2020 that no one should think that “if someone appears in the guise of the President of the United States, he has immunity, none of them will be safe on Earth.”

During the previous two years, Iran had been rocked by two nationwide uprisings and loosely-connected protests in various localities, all expressing popular desire for regime change. Then, in the immediate aftermath of the retaliatory missile strikes, activists all across Iran staged new protests to condemn the regime’s attempted cover-up of the IRGC’s downing of a commercial airliner near Tehran. The renewed unrest featured the same anti-government slogans as the previous uprisings and also featured various participants burning images of Soleimani and directing their outrage squarely at the IRGC’s terrorist acts, both foreign and domestic.

The human cost of the 2018 to 2020 uprisings was very high, and IRGC brutally massacred the people in the streets and in the prisons. But that human cost is also a testament to the Iranian people’s defiance of the regime’s repression and the extent to which the authorities feel threatened by it. This message was amplified by the subsequent protests and direct attacks on Soleimani’s image, which took place less than two months after the worst single crackdown Iranians had experienced in many years.

There were already signs of similar desperation after the first uprisings, but before the drone strike that eliminated the Quds Force commander. In June 2018, multiple European authorities thwarted a plot to set off explosives at an annual gathering of Iranian expatriates near Paris. The event was also attended by hundreds of political dignitaries from the US, Europe, and throughout the world. On Monday, a letter to the president of the European Commission urged more assertive policies toward the Iranian regime, particularly in recognition of the fact that the 2018 plot “could have been one of the bloodiest terrorist events in European history” and would have most likely claimed Western lives.

But despite the severity of the threat, the odds of its success were probably remote, if only because of the sheer number of European agencies whose jurisdiction the operatives placed themselves in at one time or another. Those operatives, including a high-ranking diplomat named Assadollah Assadi, were put on trial in Belgium last November and convicted in early February. Assadi, the former third counselor at the regime’s embassy in Vienna, received a 20-year sentence for plotting to commit terrorist murder and still faces additional charges in Germany, where his arrest took place.

That arrest yielded a substantial amount of evidence regarding Assadi’s further activities in Europe. In the years leading up to the 2018 terror plot, he had apparently cultivated a network of assets spanning at least 11 European countries and had delivered cash payments to many of them. It remains to be seen what services those payments are for, but it is safe to assume that some of them involved the gathering of intelligence that might be used in other terrorist attacks on Iranian expatriates and their political supporters.

Assadi was by no means the first Iranian diplomat to come under suspicion of terrorism, but he was the first to actually face prosecution for it in a European court. Many of the Iranian regime critics were expecting the EU to take decisive action and expel Iranian regimes’ diplomat terrorists from their soil and shut down Iran’s embassies. Still, the EU just turned a blind eye to this terrorist act and continued appeasing the terrorist regime.

Indifference to the regime’s terrorist acts, anywhere in the world, would only encourage the regime to carry out more terrorist acts. Therefore beyond just relying on their own counter-terrorism and counter-espionage services, the West must also put policies into place that will continue a trend of accountability, challenge the Iranian regime over its past and ongoing behaviors, and take steps toward dismantling the mullahs’ terrorist infrastructure once and for all.

Previous articleA Glance at Iran’s Situation in the Persian Year of 1399 and the Perspective of 1400
Next articleIran: Concerns Over Iranian Regime Influence and Its Lobby Grow