Ali Akbar Salehi, the Iranian regime’s former Foreign Minister and Head of the Atomic Energy Organization acknowledged that Tehran’s terrorism and diplomacy go hand-in-hand and that all major regime’s agencies and ministries serve its policy of exporting terrorism.

He made this unprecedented admission in his January 1, 2022, interview with the state-run Akharin Khabar website, on the second anniversary of Qassem Soleimani, the eliminated commander of the Revolutionary Guards (IRGC) Quds Force.

The field is a euphemism the regime uses for its terrorist activities.

Salehi also acknowledged how the regime used various tactics and covers to meddle in Arab countries, including Iran’s Red Crescent. It is worth noting that Saeed Ghasemi, one of the former IRGC top commanders, revealed in 2019 an interview with the state-run internet channel, Aparat, that in the 90s, he had visited Bosnia to train Muslim fighters against the Serbs while wearing the Iranian Red Crescent uniform.

“When conflicts happened in Libya, I consulted [Soleimani], and he told me to travel to Libya. This trip coincided with Gadhafi’s downfall, and the conflict had not fully ended. In Libya, I saw our friends at the Quds Force had provided the means to produce prosthesis with the held of the Red Crescent to help the revolutionary Libyan forces,” Salehi said.

“When we speak of the Quds Force, everyone thinks that it is just a military force. But in fact, the Quds Force is a cultural force and a helping hand. The Quds Force has a military section, but it focuses more on cultural activities and humanitarian aid,” Salehi brazenly claimed.

The IRGC Quds Force modus operandi for pursuing its “cultural and humanitarian goals” consists of using Improvised Explosive Devices (IEDs) or suicide bombings to “surprise” people. The heart-wrenching scenes of butchered Syrian children and decapitated innocent Iraqis by the Quds Force are quite telling of this terrorist force’s endeavors to provide humanitarian aid. 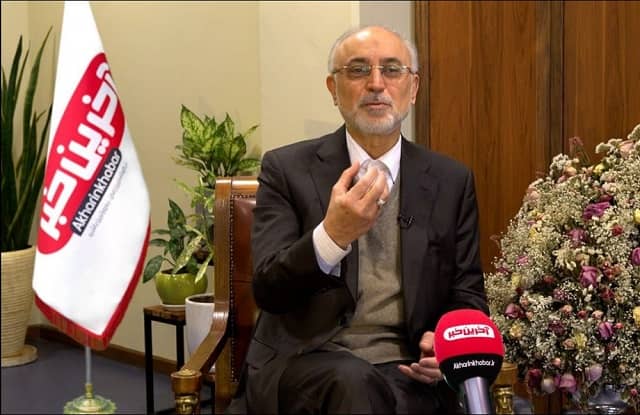 Salehi also acknowledged Soleimani’s destructive role in Iraq and the use of proxy terrorist groups to implement the regime’s doctrine of exporting “revolution” to the region.

“Soleimani had a unique character due to his field experience. Therefore, many of those who assumed offices in Iraq were close friends of Soleimani and in contact with him. His achievements in Iraq are due to his previous relations with these people and their mutual trust,” Salehi said.

It is worthy of note that these so-called “Iraqi officials” were the regime’s operatives and part of 32,000 agents the Iranian Resistance revealed to be on the regime’s payroll in the early 2000s in Iraq.

Salehi admitted to Soleimani’s close relationship with ISIS. “Some crises happened in the region, and [Soleimani] had to get involved. Despite all the conflicts, when ISIS wanted to relocate its forces, it always said if ‘commander Soleimani gave us assurance, we will transfer our forces to another region.’ This is particularly important.”

Amid the regime’s factional feuding, Salehi’s successor, Mohammad Javad Zarif, had also acknowledged in a leaked interview in April 2021 that the regime’s “Foreign Ministry had a security structure.”

“Since its foundation, our Foreign Ministry has faced security issues. The Ministry’s designated mandate since the revolution has been the security-political agenda. In the 1990s, the economic branch of the Ministry of Foreign Affairs was closed down and replaced by regional administration with more political-security orientations,” he said. Zarif had previously said he had regular meetings with Soleimani.

During his hearing confirmation at the regime’s Majlis (parliament), current Foreign Minister, Hossain Amir Abdollahian, said he will continue “Soleimani’s path.” “In western Asia, we seek to institutionalize the achievements of the ‘Axis of Resistance’ and, in the East, we seek to use the capacities of emerging economic powers to develop our economy and international trade,” he added.

This startling admission reaffirms what the Iranian Resistance has underscored for four decades, that Tehran uses its diplomatic outposts as a hub for espionage and terrorism. As such, it is high time for the West to take firm action and shut down the regime’s embassies, and expel its agents.