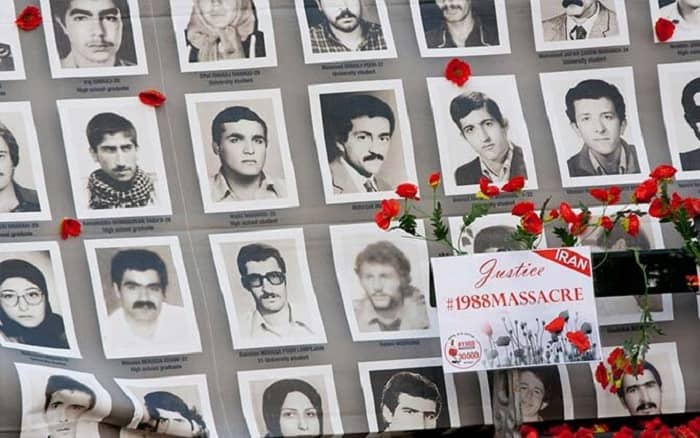 The United Kingdom urged Iran’s regime on December 23 to allow the United Nations Special Rapporteur on the situation of human rights in Iran to conduct an independent investigation into the 1988 massacre of Iranian political prisoners.

On December 14, Lord Alton of Liverpool asked the UK government “what assessment they have made of the letter sent by UN Human Rights special rapporteurs to Iran’s government on 3 September about the alleged extrajudicial mass executions of political dissidents in 1988 in Iran.”

In response, Lord Ahmad of Wimbledon, the UK’s Human Rights Minister, said: “We read the letter of 3 September with deep concern.”

“We regularly raise human rights with the Iranians at all levels, and we continue to take action with the international community to press Iran to improve its poor record. Furthermore, we urge Iran to allow the Special Rapporteur access to the country, so that he can conduct research and investigations into human rights concerns reported there, including the 1988 incident,” he added.

Seven UN human rights experts sent a letter to Iran’s regime describing the 1988 massacre of thousands of political prisoners as “crimes against humanity.”

The letter by the Special Rapporteurs, dated September 3, 2020, was made public by the United Nations in early December.

The Iranian regime massacred over 30,000 political prisoners in the summer of 1988. Most of the victims were members and supporters of the People’s Mojahedin Organization of Iran (PMOI/MEK). The Iranian regime has tried to cover up this crime by destroying the 1988 massacre victims’ mass graves. All the while, the international community has failed ever since to launch an independent investigation into the massacre.

Lord Wimbledon also underlined that the UK has “always been clear that Iran must uphold its international legal obligations, including conducting thorough and independent investigations into suspected human rights violations.”

But recent executions in Iran confirm the mullahs’ regime has no intention of ceasing its human rights violations.

On Saturday, the Iranian regime executed political prisoner Abdol-Hamid Mir-Baluch Zehi in Zahedan prison, southeast Iran. The regime had initially sentenced Mir-Baluch Zehi to 15 years in prison but later hanged him in order to terrify the society.

Yet, the regime’s act was not a surprise. Because the European countries had scheduled a joint business forum with Tehran on December 12, despite the fact that Zam and other people were sentenced to death. The event was only canceled after Zam was executed.

What message do the EU leaders send to the ruling theocracy in Tehran when they continue negotiations with the world’s top executioner per capita and refuse to honor their own global sanctions regime against human rights violators.

The international community’s failure in holding the regime to account for its greatest crime against humanity in the summer of 1988 has given the regime a sense of impunity to continue its crime.

The ongoing executions in Iran are no surprise when due to the international community’s failure in addressing the 1988 massacre, Ebrahim Raisi, one of the main perpetrators, is the head of Iran’s Judiciary.

EU leaders should know that only condemning the regime’s human rights violations but not acting against them will only encourage the regime to further continue their crimes.