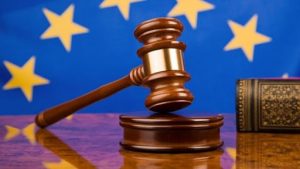 In June 2018, the Iranian regime attempted to attack an international rally as part of a plan to stamp out organized efforts to facilitate regime change and establish a democratic government in place of the theocratic dictatorship. In November 2020, the mastermind of that thwarted terror plot will face prosecution in Belgium for conspiracy to commit terrorist murder. It is vitally important not only that he be held accountable for the incident, but also that his trial serves as a warning to the regime about the future consequences it will face for such political violence.

Iranian terrorism is a painfully familiar phenomenon, but the 2018 terror plot is unusual in some ways. The defendant in November’s trial will be an erstwhile Iranian diplomat, the Third Counselor of the Iranian embassy in Vienna. It is not at all unusual for this regime’s diplomats to play a role in planning or facilitating Iranian terrorism, but Assadollah Assadi’s actions two years ago were especially transparent and hands-on. Apart from recruiting and conveying orders to the operatives tasked with bombing the Iran Freedom rally near Paris, Assadi is reported to have personally provided those operatives with 500 grams of the explosive TATP, plus a detonator.

In the wake of his arrest, European authorities acknowledged that Iranian embassies throughout Europe are virtually swarming with intelligence agents. Assadi’s actions underscore just how much danger results from allowing terrorist diplomats to live and work in European capitals with little monitoring and little consequence for their illicit activities. Any one of them could turn out to be the head of a sleeper cell that is poised to set off explosives or carry out assassinations in the heart of Europe.

This is actually a lesson that Western policymakers should have learned a very long time ago. Iranian embassies and consulates have previously been conduits through which Tehran has organized terrorist plots. And not all of them have been thwarted as Assadi’s was. In the 1980s and 90s, Tehran conducted a series of assassinations of opposition activists such as Kazem Rajavi, who was the National Council of Resistance of Iran’s representative to the United Nations before he was gunned down in traffic near his home in Geneva in 1990. Disgracefully, Tehran faced little real consequence from any of these killings, and thus had little incentive to slow the expansion of its network of terrorist-diplomats.

As a matter of fact, Assadollah Assadi stands to be the only such diplomat to face charges for his role in Iranian terrorism. It helps that his involvement is especially difficult to minimize or explain away. It may help even more that the potential victims of his plot were not limited to Iranian expatriates, as in the case of most of the earlier targeted assassinations. The annual rally organized by the NCRI has come to attract upwards of 100,000 participants each year and while the vast majority are Iranian exiles and their relatives, the lineup of speakers includes numerous political dignitaries, representing multi-partisan delegations from across Europe, the United States, and much of the world.

No doubt the primary target of the 2018 terror plot was the NCRI’s president-elect Maryam Rajavi. But the explosives that were confiscated from Assadi’s operatives were powerful enough to kill hundreds. And it is virtually impossible to imagine that the resulting casualties would not have included the likes of Rudy Giuliani, Newt Gingrich, Giulio Terzi, or any of the other high-profile Western lawmakers and policy experts who have become dedicated supporters of the Iranian Resistance in recent years.

As Assadi’s trial date approaches, the international community should actively remind itself that his willingness to target Western politicians is not unusual within the ranks of Iranian officials. The 2018 terror plot may have been unusually careless as a result of the regime’s desperate desire to crush dissent in the wake of nationwide uprising at the beginning of that year. But this does not mean that the essential nature of the plot was any sort of an anomaly. Instead, it merely revealed the ruthlessness and the sense of impunity that has guided the mullahs’ regime throughout its four decades in power.

For that reason, the Belgian court should impose the maximum legal penalty on Iran’s terrorist diplomat. And beyond that, the nations of Europe should point to outcome as a warning to the entire Iranian regime. They should back up Assadi’s punishment with new sanctions related to terrorism and the systematic violation of human rights. And they should commit to a revised Iran policy that sends a clear message that the era of Tehran’s impunity is over.

It is long past time for the regime as a whole to be held accountable for crimes that have gone unpunished because they did not directly target Western nationals. European enforcement of human rights principles should extend to the killings of Iranian dissidents on Western soil and also to the systematic killings that have taken place inside Iran itself, such as the massacre of 30,000 political prisoners in the summer of 1988 and the shooting deaths of 1,500 peaceful protesters in a nationwide uprising just last November. The mollahs´ regime has lived in a bloodbath since its inception. It is time for Western democracies to stop to turn a blind eye on such criminal dictatorship. 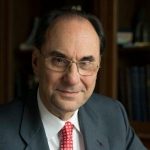 In an article published on October 26 in the United Press International (UPI), Struan Stevenson, a former Member of the European Parliament, wrote that...
Read more
Blog

By Alejo Vidal-Quadras The date is fast approaching when the international community will have a unique opportunity to demand accountability from the Iranian regime for...
Read more
Blog

This article was originally published on townhall.com on October 20, 2020. By Ali Safavi Dwight Eisenhower, the 34th U.S. president and a decorated war general, once...
Read more
Search