In the month of September, at least 38 people were executed in Iran. At least 12 of those executions stemmed from drug-related charges that fall well short of international standards for the “most serious crimes.” These statistics help to demonstrate that Iran is nowhere near to forfeiting its reputation as the country with the highest rate of executions per capita. In fact, they indicate that Iran is backsliding on previous promises of reform, including the reform of sentencing guidelines for nonviolent drug offenders.

The surrounding context for the latest executions tells an even darker story. Iran’s abuse of the death penalty has only ever made up a fraction of the issues plaguing its criminal justice system. Other aspects of its abysmal human rights record were laid bare in August with the release of surveillance footage and documents obtained by activist hackers, which depict physical beatings and other acts of abuse in Evin Prison, as well as instances of detainees attempting to kill themselves in the wake of systematic mistreatment and psychological torture, all taking place within unendurably harsh conditions.

Even these revelations leave much for the international community to still uncover. The leaked footage from Evin Prison is reportedly devoid of images from the facilities’ worst sections, including wards reserved for political prisoners and operated by the Ministry of Intelligence and the intelligence division of Iran’s hardline paramilitary organization, the Islamic Revolutionary Guard Corps. However, a long history of activist disclosures offers some clue as to what is going on behind closed doors in those sections, while the recent political change in Iran has raised serious concerns about the prospect for such abuses to grow worse in the near future.

The catalog of September’s executions is by no means a comprehensive list of the number of people killed in detention by Iranian authorities during that month. Since Tehran often avoids formal announcement of death sentences being implemented, such statistics depend on the efforts of activist networks with eyes and ears inside the regime’s prisons. Reports of undisclosed executions are typically confirmed by human rights organizations after they receive corroboration from multiple sources, but when reports prove elusive, the names of some victims may be lost.

Even if this were not the case, the unofficial execution statistics would still not tell the whole story. It would, of course, not include persons who were driven to attempt suicide like those who appeared in the Evin footage and were ultimately successful. Neither would it attempt those who suffered beatings like another subject of the footage, and later died from their injuries or from medical emergencies brought on by them. The fatal consequences of such emergencies are made all the more likely by the fact that Iranian prison authorities have a long history of denying treatment to inmates who are ill or wounded and especially to political prisoners for whom this deprivation is viewed as extrajudicial punishment or a form of pressure aimed at forcing confessions.

Over the years, Amnesty International, Hands off Cain, and other human rights groups have issued a number of statements highlighting the prevalence of such forced confessions, which are often televised by Iranian state media. Certain individual examples have become subjects of extensive international campaigns, but in absence of corresponding pressure on the Iranian regime, these have rarely elicited any meaningful response from the judiciary.

Occasionally, Tehran has sought to deflect wide-ranging criticism by promising to review the cases, then delaying implementation of the death sentence, only to carry it out at a later date. In recent years, authorities have seemingly been more inclined to go forward with ill-justified executions as originally planned, signaling confidence in their impunity in such matters. And in the case of the latest high-profile death sentence for a political activist, the regime saw fit to not only carry out the sentence promptly but also to openly retaliate against those who called attention to underlying human rights abuses.

On September 12, 2020, the wrestling champion Navid Afkari was hanged at Adelabad Prison on a charge of murder. His conviction was based on a confession that Afkari gave after 50 days of police detention, during which he later alleged he was subjected to “the most severe physical and psychological torture.” His supporters emphasized that his initial arrest in September 2018 came after he had participated in large-scale protests against the theocratic dictatorship and that the murder charge was presumably a pretext to execute him based on political motives. Surveillance footage from the day of the alleged murder later emerged which appeared to prove Afkari’s innocent, yet this was not taking into account by the court either during his trial or amidst the international furor that followed.

In October 2019, about a month after Afkari’s conviction, a fellow detainee named Shahin Naseri filed a formal complaint with the judiciary which corroborated Afkari’s version of events at the police station. Naseri reported witnessing two officers beating Afkari with a baton and a metal bar while demanding that he accept their narrative regarding the crime. The two men were then detained in close proximity for about two months, during which time Naseri witnessed the continuous pain and discomfort Afkari experienced as a result of his arm being broken during his torturous interrogation.

Although Naseri offered to testify to what he had seen, he was brushed off by police and a judge later threatened him with consequences for “interfering in a security case.” When he refused to withdraw his complaint, he came under sustained pressure from authorities and was repeatedly placed in solitary confinement for long periods of time. This passive intimidation eventually gave way to active beatings, and on September 21, just over a year after Navid Afkari’s execution, it was revealed that Shahin Naseri had died in prison. His family reported that his body showed signs of torture, including bruised ribs, a head wound, and blood coming from his ears.

Naseri is only one of four detainees who are believed to have been tortured to death while in detention in Iran during September. These incidents highlight the inherent brutality of a system that has long held the title of the world’s foremost abuser of the death penalty, and they underscore the urgency of appeals for an international investigation into the conditions and practices in Iranian prisons. Those appeals have been repeated many times in recent weeks by the National Council of Resistance of Iran and its President-elect Maryam Rajavi, who has also predicted that the regime is preparing to retaliate against emerging protests like those which prompted Afkari’s arrest in 2018.

Signs of that preparation include the appointment of Ebrahim Raisi as the president of the Iranian regime. In 1988, Raisi served as one of four key overseeing a nationwide massacre of political figures which claimed 30,000 lives, mostly members and supports of Mojahedin-e-Khalq (MEK). In 2019, he became head of the judiciary and used the position to promote the systematic torture of political prisoners in the wake of a nationwide uprising in November of that year. Approximately 1,500 participants were killed soon after that unrest broke out, and it remains to be determined how many other people have been killed or may yet be killed as a direct result of the crackdown.

Raisi’s newfound leadership of the executive branch implies that the practices used in 2019 will be used on an even larger scale in the event of resurgent unrest. A lack of international pressure over Iran’s human rights record will only make this more likely. 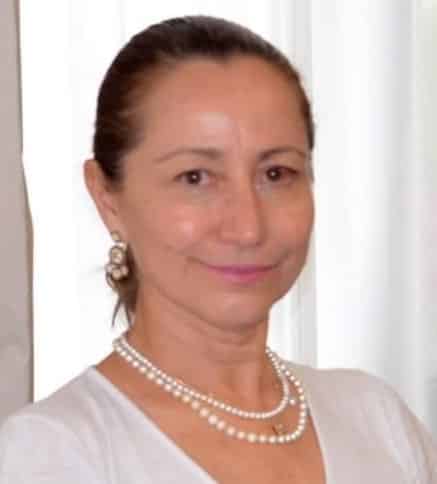 Elisabetta Zamparutti is a member of the European Committee for the Prevention of Torture and Inhuman and Degrading Treatments (CPT). She is Treasurer of Hands off Cain, the NGO that conceived and led the international campaign for approval of a universal moratorium on capital executions by the UN General Assembly. She is also a former member of the Italian Chamber of Deputies.