Written by The Editorial Board
1st October 2021 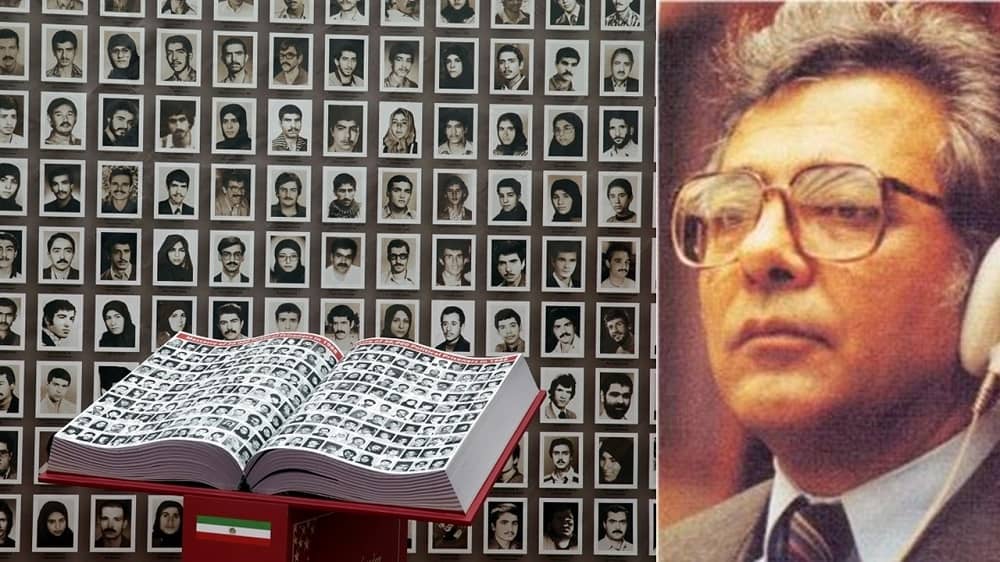 In a landmark decision last week, a Swiss federal court ordered the reopening of investigations into the assassination of one of Iran’s most renowned human rights advocates, the late Dr. Kazem Rajavi. The decision has far-reaching consequences both in terms of justice for families of the Iranian regime’s victims and also for international law.

The Swiss Federal Criminal Court said in its September 23, 2021, decision that the case is not a “murder” but a “genocide” and a “crime against humanity.” It added that Professor Rajavi was assassinated in 1990 as a continuation of the massacre of 30,000 political prisoners in 1988, which should legally be classified as genocide and a crime against humanity.

Following the 1979 revolution, due to his reputation and popularity in Iran, Dr. Rajavi was chosen to serve as the country’s first ambassador to the United Nations European headquarters in Geneva. However, in 1981, he resigned from government positions in protest of the bourgeoning theocracy’s increasing human rights violations.

He also served as the representative of the main opposition National Council of Resistance of Iran (NCRI) in Switzerland. He became a staunch advocate of human rights in Iran in the United Nations, playing a key role in exposing to the world the regime’s brutal suppression, torture, and executions in the 1980s. For this reason, he drew the ire of the theocracy. A 13-member hit-squad team was sent from Tehran to Switzerland, where they assassinated Dr. Rajavi on April 24, 1990. The assassination occurred on the direct order of then-Intelligence Minister Ali Fallahian, against whom a Swiss court issued an international arrest warrant in 2006.

Last year, the public prosecutor’s office investigating the case announced its intention to close it, citing the application of the 30-year statute of limitations. The NCRI protested and argued that the assassination was an instance of genocide and crimes against humanity and thus cannot be subject to the 30-year statute of limitation. The case was finally sent to the Federal Criminal Court in February 2021.

The federal court ruling stated that the NCRI believes that the assassination of Dr. Rajavi was “in direct connection with the massacre of thirty thousand political prisoners, perpetrated in Iran in the second half of the year 1988 under the cover of the fatwa issued by the Supreme Leader Khomeini. “

The court ruled: “The assassination in question, in this case, may have been committed with genocidal intent or with the intention of committing crimes against humanity. As these acts are not time-barred […], they can be prosecuted without a time limit. It is therefore appropriate for the Federal Office of the Attorney General to take over the case.” The court also ordered the prosecutor’s office to pay all legal costs in favor of the NCRI.

Over the past three decades, the NCRI has relentlessly campaigned for justice for the victims of the 1988 massacre and the hundreds of victims of the regime’s assassinations and terrorism abroad. The Swiss court’s recent decision links the two campaigns in a historical and unprecedented way. It is, indeed, a momentous victory for human rights.

With multiple high-profile legal cases proving the regime’s involvement in massacres, assassinations, and terrorism, pressure is building on the international community to act to end the impunity for the theocracy. It is high time to hold the Iranian regime accountable for its state-orchestrated crimes against humanity.

Iran: “I Saw a Truck Full of Bodies” Says Ex-prisoner at Noury’s Trial