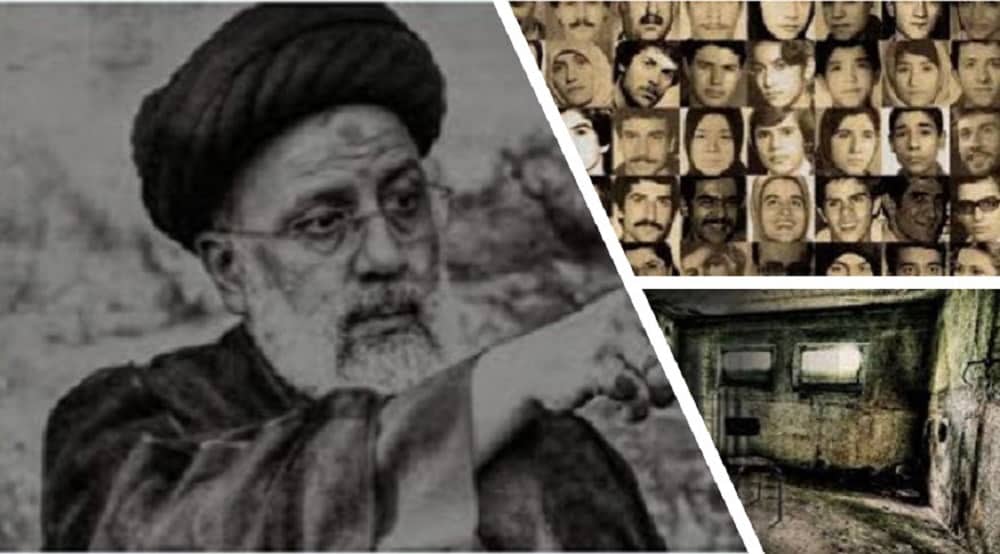 The Iranian regime’s new president Ebrahim Raisi is scheduled to address the United Nations General Assembly on Tuesday. Simultaneously, Iranian expatriates and activists in Sweden will be hosting a conference to discuss Raisi’s history of support for terrorism and human rights abuses. The international community can either listen to what this criminal has to say for himself, or it can listen to the voices of those who have been affected by his actions in the past
Raisi and his administration will oversee an upsurge in most of the regime’s malign activities. While a mere commitment to destructive politics is perhaps no grounds for barring Raisi from addressing the international community, the actual details of his record should have made him persona non grata among the democratic nations of the world since before he was appointed president. Those details include, but are not limited to, his high-level participation in the 1988 massacre of Iranian political prisoners.
That incident will be the focus of Tuesday’s conference in Stockholm. It will feature numerous former political prisoners who directly experienced Raisi’s brutality while behind bars, as well as many who bore personal witness to the 1988 massacre. Many of those former political prisoners also took part in other recent efforts to bring international attention to Raisi’s crimes, including a global video conference that was organized last month by the National Council of Resistance of Iran.
That conference also featured various European policymakers and experts on human rights and international law. Similarly, Tuesday’s conference will be attended, either virtually or in person, by a number of political dignitaries including foreign ministers from the UK and Finland. Political support for the NCRI and the campaign to bring perpetrators of the 1988 massacre to justice has been growing steadily for many years. Unfortunately, that support has yet to translate into serious action at the international level.

A Mass Murderer in the UN, International call to prosecute Ebrahim Raisi

This is clear from the very fact that Raisi was invited to address the UN General Assembly. In light of the wealth of knowledge that is now available to the international community about Raisi’s background and role in the massacre, his speech is an insult to those who survived the massacre or lost loved ones to the proceedings of “death commissions” on which Raisi was a leading figure. Furthermore, it is an insult to anyone who seriously advocates for the protection of universal human rights principles.
In giving Raisi a global platform, the General Assembly is tacitly endorsing a man who has not only justified and enabled systematic human rights abuses, but one who is directly implicated in the worst unresolved crime against humanity from the latter half of the 20th century. Worse still, at least two legal scholars who participated in the NCRI’s August conference have characterized Raisi as a perpetrator of genocide.
The argument, presented separately by Geoffrey Robertson QC of the UK and Eric David of Belgium, is that that fatwa underlying the 1988 massacre took aim at opposition groups specifically on the basis of religious affiliation, namely affiliation with moderate and apolitical brands of Islam which stood in opposition to the mullahs’ extremist fundamentalism. This democratic version of Islam in Iran has been presented and advocated by the People’s Mojahedin Organization of Iran, whose members form the majority of the massacre’s victims. The attempted annihilation of any ethnic or religious group is genocide under international law, and as Robertson pointed out, the Genocide Convention obligates any ratifying country to act against ongoing incidents or to prosecute those responsible for past incidents.

International calls to hold Raisi accountable for his role in the 1988 massacre
Western powers have shirked that obligation at every turn, and on August 5 the European Union gave Tehran reason to believe this trend would never alter, when it sent a delegation to attend Raisi’s inauguration, effectively legitimizing his position on the world stage. Raisi’s pending embrace by the UN General Assembly will further reinforce the message, granting a renewed sense of impunity to Raisi and the entire regime.

Any prominent Western policymaker can counter this message, however, by boycotting Raisi’s speech, turning attention to the Stockholm conference instead, and then amplifying its accounts of Raisi’s ruthless brutality for all the world to hear. When details of Raisi’s role in the massacre of 30,000 political prisoners reach a sufficiently broad international audience, there will surely be an upsurge in pressure on Western governments to hold Raisi and others accountable.
This is something they can do via prosecution at the International Criminal Court. But if the regime allies pose an obstacle to such a multilateral effort, any nation that has ratified the Genocide Convention may arrest Raisi on the principle of universal jurisdiction if he sets foot on its territory.