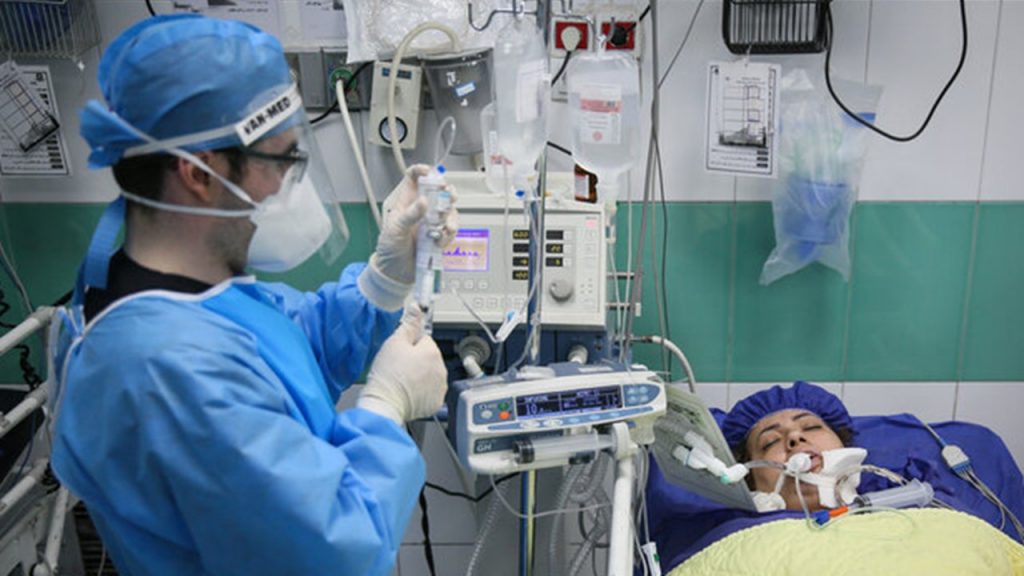 COVID-19 death toll in Iran has surpassed 85,500, according to reports published by the People’s Mojahedin Organization of Iran. Since the beginning of the novel coronavirus outbreak, the Iranian Resistance has highlighted the regime’s deliberate inaction and cover-up of the true dimensions of the crisis. Now the regime’s health officials are acknowledging this fact.

The People’s Mojahedin Organization of #Iran (PMOI/#MEK) announced on Sunday, August 9, 2020, that the #Coronavirus death toll in 373 cities across Iran had surpassed 85,500. #COVID19 https://t.co/gZ2mfYx7JK

Mohammad Reza Mahboubfar, a member of the National Covid-19 Task Force, on Saturday told the state-run Jahan-e Sant daily: “We witnessed the first patients suffering from Covid-19 exactly a month prior to the official announcement of this virus entering the country, meaning around mid-January. However, at the time the government concealed this due to political and security reservations.”

“Unfortunately, from the very beginning, transparent reporting was not provided to the public. Most certainly these numbers have been engineered from the very beginning of the coronavirus epidemic. Anyhow, they are being provided to the society based on political and security reservations. In my opinion, the numbers reported by the Health Ministry (cases and deaths) are one twentieth of the true figures,” he added.

In addition, while acknowledging that the number of the coronavirus victims in Iran is twice the regime’s official statistics, Iraj Harirchi, the regime’s deputy Health Minister, said: “In more than 100 countries around the world the Covid-19 death rate has been lowered to zero or single-digit numbers.”

What were the regime’s political and security reservations?

The nationwide Iran protests in November shook the regime’s foundations. Although the mullahs were able to temporarily quell the restive Iranian society by brutality and killing over 1500 protesters, the regime’s nightmare of being toppled by the nation has never ended. In addition, the regime’s growing international isolation due to its malign activities has been reaching its height rapidly, draining the mullahs’ resources for funding terrorism.

So, the regime was desperately looking for a way to legitimize its rule, thwart another uprising, and receive funds. Therefore, the mullahs concealed the existence of the virus in Iran and held their anniversary of usurping power in 1979 and their sham parliamentary elections to legitimize their rule. Although these actions failed, due to the Iranian people’s unprecedented boycott, those few regime supporters who participated in these events became hosts of the virus. In addition, the Revolutionary Guards (IRGC) airline, Mahan Air, never stopped its flight to and from China, the epicenter of the virus.

Now, months after the coronavirus outbreak in Iran, instead of helping people, the regime’s officials, particularly the regime’s Supreme Leader Ali Khamenei and President Hassan Rouhani, with their decisions are further forcing people to the coronavirus minefield. They first forced people back to work to prevent more citizens from joining the army of starving people, thus rising up against the regime. Then, the mullahs opened the religious sites to continue using them as centers of oppression and misusing people’s religious sentiments to further plunder the society. Now, Rouhani and Khamenei are insisting on holding Muharram mourning ceremonies for the third Shi’ite Imam, Hossain-ibn Ali. All the while Saudi Arabia canceled the Haj ceremony, which is obligatory in Islam.

In this regard, Rouhani on Sunday said: “They wrote to me that Hajj, which was obligatory, was not held this year, but the mourning ceremonies for Imam Hussein are recommended, but you insisted on holding them. To say that there is no mourning in Muharram is wrong, it is not tolerable for our society at all.”

By society he means the regime. Because people are opposing the regime’s decision of holding the mourning ceremonies. Many of the regime’s health officials have warned that holding these ceremonies will indeed increase the fatality rate.

Minoo Mohraz, a member of the National Covid-19 Task Force, on Sunday said: “We cannot prevent the spread of coronavirus in this month’s annual religious ceremonies with masks. The mourners weep and sweat, masks get wet and will no longer be of any use. It is impossible to impose social distancing protocols in such ceremonies.”

Yet, the regime is willing to hold these ceremonies and continue using COVID-19 as a tool of oppression to control the restive Iranian society. The real goal of the regime, besides misusing people’s religious sentiments, is to thwart an emerging uprising. Yet, the ongoing social and economic crises, and the regime’s mismanagement of the COVID-19 crisis has turned the Iranian society into a powder keg which is ready to explode. Thus, an uprising is inevitable.

In this regard, the state-run Mostaghel daily on July 13 wrote: “This nation will not forget how it was abandoned during these bitter days.  This will affect the upcoming incidents. The Government did not contain and control the coronavirus to relevantly control the anger of defiant people. But I wish that the suffering and illness of the people were not used as a cure for obliviousness and a means of revenge for the events [uprisings] of November and December. Because soon, people will come to their table for eating, and their despair of an empty table will lead them to protest on busy streets.”

Iran Election 2021: The Outcome of Iran’s Presidential Election Confirms “the Game is Over”