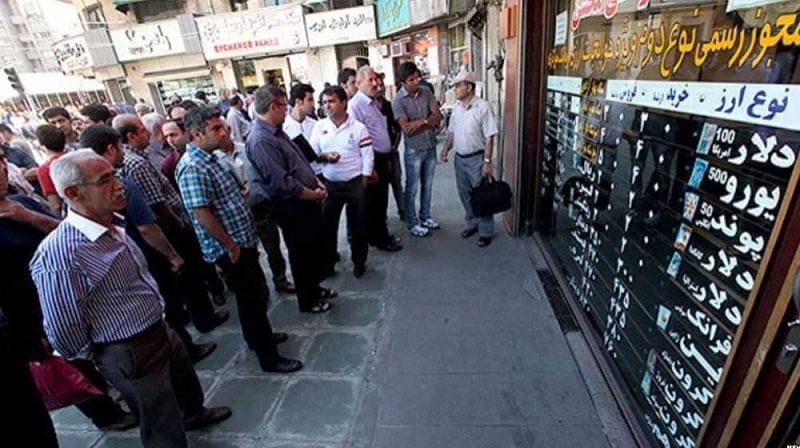 Iran’s economic situation is in the worst situation in the last century. This fact has been confirmed by Iran’s state-run media, also acknowledging the consequences of the growing economic crisis for the regime that has created and amplified this situation.

“Economic statistics are beyond catastrophe,” wrote the state-run Hamdeli daily on October 10. According to the state-run Etemad daily on Monday, during the last “40 years, the price index has increased about 1326 times.”

According to the state-run Setareh Sobh daily on October 11, “The latest monetary and banking statistics by the Central Bank show the dire state of the Iranian economy.” Iran’s liquidity is rapidly growing. Since Iran’s production rate is far less than the liquidity. Thus, Iran’s inflation rate is increasing daily, resulting in skyrocketing prices of basic goods.

“The Central Bank has announced that until the liquidity until the end of August has surpassed 3.4 quadrillion rials [or $160 billion based on the open market rate]. This is a %39.1 increase comparing to the last August,” Setareh Sobh adds.

But what has caused this situation? “The [government’s] budget deficit is the first defendant of this case. The government has borrowed money from the Central Bank [banknote printing], causing liquidity growth. The liquidity growth causes inflation and increases pressure on society’s lower deciles,” Setareh Sobh writes in this regard.

“The main cause of the existing economic and livelihood problems is liquidity and its uncontrolled growth. The negative effects of liquidity growth are no less than the attack and threat of ISIS; Because it targets people’s livelihoods and is destroying the system’s social capital,” Setareh Sobh wrote, quoting Hossein Samsami, former acting Minister of Economy and Finance.

Is There a Solution to Iran’s Economic Crisis?

The regime has started systematic banknote printing to compensate for its budget deficit without considering its negative effects on people’s lives. Now “The salary decrease has reduced the Iranian families’ welfare,” according to the state-run Donya-e Eghtesad on Monday. “

Iran is going through its darkest days of the Covid-19 outbreak due to the regime’s inhumane policies and negligence. Apart from its high mortality rate, the Covid-19 outbreak has had a great negative economic effect on people. Iranians, from all walks of life, mainly workers, could hardly make ends meet.

“Workers are under severe economic pressure, which has increased in the last two years with the coronavirus outbreak and its impact on the economic process of businesses, leading to illegal and cruel contracts with workers who have to make a living. These contracts are from one to three months and are not even covered by workers’ legal rights,” wrote the state-run Mardom Salary in this regard on Sunday.

As Mardom Salarie underlines, “The unemployment crisis escalated, and many people accepted the demands of employers to keep their jobs. They accepted decreased salaries, removal of their insurances, and increased working hours in order to provide for their families.”

According to Note 2 of Article 7 of the regime’s Labor Law, approved in 1990, the government is obliged to specify the nature of continuous and non-continuous jobs. According to Article 8 of the regime’s Labor Law, the conditions mentioned in the employment contract or its subsequent changes will be effective if it does not reduce workers’ benefits less than the privileges provided in this law.

Yet, the regime refuses to implement its own labor law. “Since Article 7 of the Labor Law was enacted in 1990, it has never been comprehensively implemented, and the executive branch has not performed its duties, and as a result, jobs of a continuous or discontinuous nature have never been identified. As a result, employers abused and turned to temporary contracts for jobs of a continuous nature. Gradually, 2-year and 3-year contracts were reduced to 9-month, 6-month, 3-month, one-month, and even oral contracts,” Mardom Salarie daily wrote in this regard on Sunday.

These increased pressures have increased the public hatred toward the regime. This hatred has grown since the regime’s sham presidential election, which met an unprecedented nationwide boycott. According to the state-run Arman daily, people realized after decades that governments, mainly the new government of Ebrahim Raisi, have risen from “the will of the establishment.” Thus, the government’s failure to resolve people’s issues “incite distrust and despair in society.”

Arman daily then acknowledges that “Skyrocketing prices, inflation, and economic problems are rising, and protests and dissatisfaction are expected to increase next year. Today, the water crisis in Khuzestan and living problems in other parts of the country are no longer related to the previous government. Those who promised that if ‘we come all these problems will be solved’ are now at work and must answer people’s demands.”

“If the dissatisfaction of the people increases, it will have consequences for the system,” Arman warns regime officials.