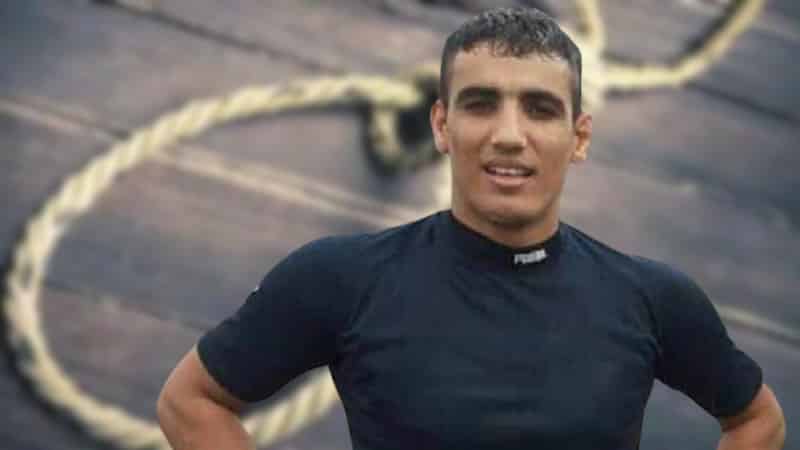 Iran’s clerical regime executed wrestler Mehdi Ali Hosseini on Monday despite an international outcry and condemnations. Through this execution, the regime fully displayed its insecurity and disregard for human rights standards. Ali Hosseini was another athlete added to the list of national athletes the regime has executed.

Similarly, in September, the regime executed Iran’s national wrestling champion, Navid Afkari, despite international efforts to prevent his execution. Navid was arrested during a second wave of Iran protests in 2018 in southwest Iran, along with his brothers.

While the world community condemned Navid Afkari’s execution, the regime once again proved its disregard for condemnations by destroying Navid’s tombstone recently and arresting his coach a few days ago.

Navid And Mehdi are among scores of athletes executed by the mullahs’ regime in Iran. Unlike other countries where national athletes are endorsed and supported by the ruling system, the regime in Tehran has arrested, tortured and executed many athletes for their political or social beliefs.

Tehran executed Houshang Montazer-ol Zohour, a member of Iran’s wrestling team, in 1981 for his support for the Iranian opposition, People’s Mojahedin Organization of Iran (PMOI/MEK). Houshang was the national heavyweight wrestling champion.

The Iranian regime also executed Habib Khabiri, the captain of Iran’s national soccer team, in 1981 for his connections with the MEK.

In a letter to the International Olympic Committee before Navid Afkari’s execution, 48 renowned Iranian national athletes and heroes, including Mr. Moslem Eskandar Filabi, winner of 17 medals from national and international wrestling events, underlined the regime’s use of violence against Iranian athletes.

“Execution of Athletes, Champions and Olympians in Iran by the ruling regime is not new. Many Athletes have been executed to date only because they had responded to the voices of their conscience and their Athletic duties when it comes to oppression of people by the regime. The regime in Iran cannot tolerate popular figures in Iran,” read the letter in part.

As the letter highlighted, the number of athletes executed by the regime is not limited to a few like Houshang Montazer-ol Zohour or Habib Khabiri.

Recently seven United Nations experts stated that the 1988 massacre “may amount to crimes against humanity.”

The rising trend of executions in Iran, particularly those of national figures, could be easily understood, when knowing that one of the main perpetrators of the 1988 massacre, Ebrahim Raisi, serves as the regime’s Judiciary Chief.

In other words, the ongoing executions in Iran, where the “hanging judge,” acts as the chief justice, is not a surprise.

With Raisi as its Judiciary chief, the regime has confirmed its willingness to continue human rights abuses.

The regime faces a restive society, which has showed its desire for regime change during recent uprisings. Thus, the mullahs will continue their human rights abuses and execute national figures to intimidate the public.

The rising number of executions in Iran also suggests a “systematic impunity,” as highlighted in the UN experts’ letter, which allows the regime to continue its killing spree.

In other words, since the international community failed in addressing the regime’s crimes in the early 1980s, mainly the 1988 massacre, the regime has been emboldened to continue its crimes.

The UN experts’ letter also highlights that how the international community’s failure to act “had a devastating impact on the survivors and families as well as on the general situation of human rights in Iran and emboldened Iran to continue to conceal the fate of the victims and to maintain a strategy of deflection and denial that continue to date.”

The recent executions in Iran and massacre of 1500 protesters during the 2019 Iran protests are some of the “devastating” results of the world’s inaction.

When it comes to human rights violations, all western government, mainly the European Union, “condemn” the human rights situation in Iran. But recent executions in Iran show that their words and condemnations are ineffective, if they are not accompanied with concrete actions.

Iran: 33 Executions in Iran in the Past Month Alone https://t.co/cG9tdsh8Oo

The crimes by the regime in Tehran, whether the recent executions or the 1988 massacre, require the EU member states to target the regime’s leaders.

The EU should use the Magnitsky Act and impose sanctions on the regime’s leaders and make all relations with Tehran conditioned on an immediate halt to human rights violations by the regime.

EU leaders should also lead an international effort to investigate the 1988 massacre, thus not allowing the regime to make executions in Iran “normal.”

Previous articlePro-Democracy Activism Will Expand When Iran Is Held Accountable for Terrorism
Next articleIran: Did the Maximum Pressure Weakened the JCPOA or Rather It Exposed Its Weaknesses