Iran regime’s police chief:  2,000 ‘immodestly’ dressed people are arrested daily in Tehran and some other provinces 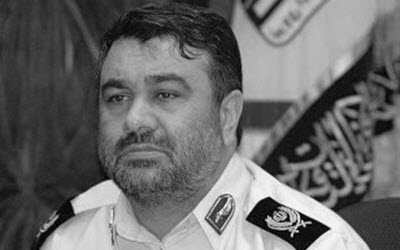 NCRI – The Iranian regimes police chief, Hossein Ashtary, admitted the repressive measures by the police and security forces regarding the way people dress up and said some 2000 people are arrested every day for improper dressing.

Speaking at a meeting of prosecutors across the country in Mashhad, Ashtary said: “A firm revolutionary determination is required to counter the social disorder in the field of dressing and the cases that produce it.”

“In Tehran and some other provinces, 2000 immodestly dressed people are arrested daily,” the police chief admitted adding that “We have problems in the field of cultural issues.”

“On the subject of dress disorders and unconventional behavior, we proposed social exclusion and depriving (the offenders) of service (provided by) the Islamic Republic,” he said and added: “Currently, we have more than 3000 police stations and sheriff bases that more than 50 percent of their work is related to judicial cases.”

Previous articleSECRET BASES OF IRAN REGIME IN SYRIA
Next articlePatrick J. Kennedy: The start of a new era in the history of the Iranian resistance