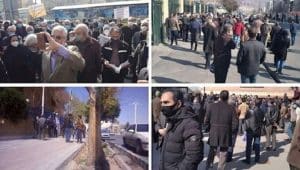 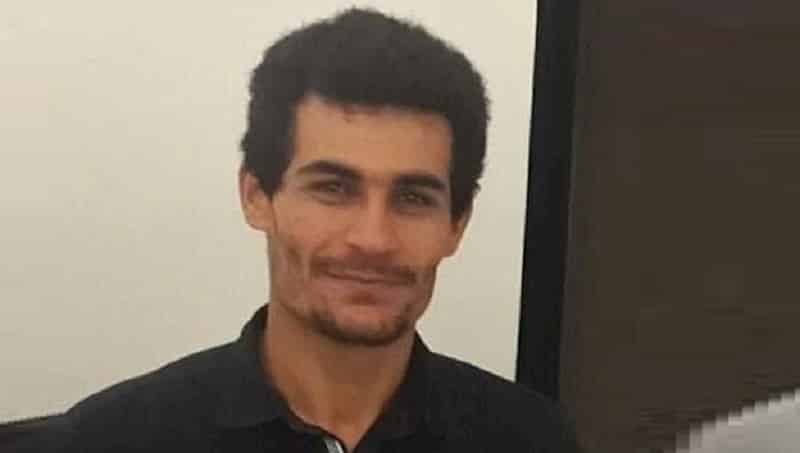 On Sunday, February 28, 2021, the clerical regime executed the political prisoner Jassem Heydari and three other prisoners. According to the People’s Mojahedin Organization of Iran, a source has said that Jassem Heydari’s father saw his body on Sunday in the infamous intelligence office. The clerical regime’s judiciary carried out the death sentence of Jassem Heydari on charges of misconduct “fornication through cooperation with opposition groups.” This sentence was approved and notified to the Supreme Court of the regime on Thursday, November 12, 2020.

Jassem Heydari was a resident of the Zaferanieh district in Ahvaz. He was arrested in December 2017 in Tehran. He was first transferred to Evin Prison and then to the Ahvaz Intelligence Detention Center. The initial death sentence was handed down to Jassem Heydari at the regime court in Ahvaz. Jassem Heydari was a refugee in Austria before being arrested, but after returning to the country, he was arrested in Tehran and transferred to Evin Prison.

Intelligence agents subjected Jassem to the most severe physical and mental torture to force him to make a forced confession under torture. To increase the pressure on this political prisoner, the notorious Ahvaz Intelligence Office also arrested his 50-year-old mother, Marzieh Heydari, on March 11, 2018. Ms. Marzieh Heidari was later transferred to Sepidar Prison in Ahvaz and released on bail. Jassem Heydari was subjected to severe mental and physical torture in the Intelligence Agency’s detention center for several months. He was later transferred to Sheiban Prison in Ahvaz.

It is worth mentioning that Jassem Heydari is one of the prisoners who were transferred to an unknown place for a long time during the recent protests in Ahvaz Central Prison along with several other prisoners.

Pensioners from the steel industry gathered outside the Isfahan Governor’s Office – Mars 1, 2021

Mohammad-Hossein Saffar Harandi, a member of Iran’s powerful Expediency Discernment Council, defended the 1988 massacre of political prisoners in an interview with Iranian state television on 23 February 2021. He told Channel 3’s Bedouneh Tavaqof program that the victims deserved to be killed.

UPI: Time for U.S. diplomacy with Iran is over 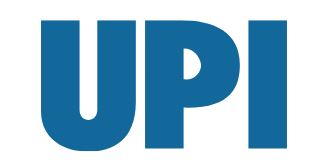 By Struan Stevenson –  American policy on Iran may not face a radical change under President Joe Biden after all, if 120 bipartisan members of the House of Representatives have their way.

They have signed a joint resolution “expressing support for the Iranian people’s desire for a democratic, secular and non-nuclear Republic of Iran and condemning violations of human rights and state-sponsored terrorism by the Iranian government.” 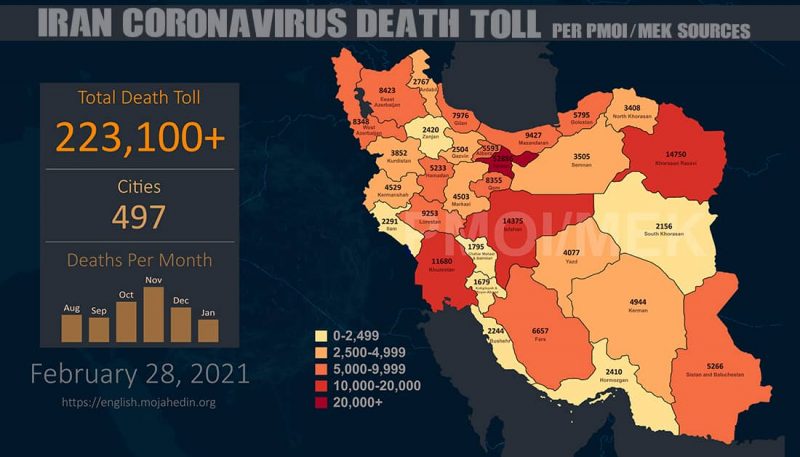 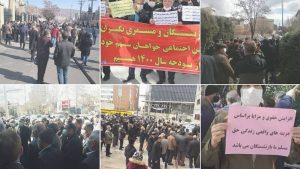 On Sunday, Iranian pensioners held protest rallies in several cities to reiterate their demands from the regime. This is the fourth consecutive week that pensioners hold organized rallies despite the heavy atmosphere of repression and presence of security forces. In the past years, the pensioners have been regularly protesting low wages and the government’s refusal to adjust their pensions based on the devaluation of the rial and the rising inflation rate.

Previous articleIran: Uprising of Sistan and Baluchestan No. 8- Baluchi Uprising Continues for Seventh Day Running Despite the Unbridled Repression
Next articleProtests in Iran’s Sistan and Baluchistan: Overview and Origins