Morgan Ortagus: Any nation that sells weapons to Iran enables the regime’s diversion of funds away from its citizens and towards the regime’s military aims

Elliott Abrams, the U.S. Special Representative for Iran and Venezuela, pointed out during a hearing at the Senate Foreign Relations Committee that “The U.S. is committed to holding accountable those who deny freedom and justice to people of Iran and later today the United States will announce sanctions on several Iranian officials and entities including the judge who sentenced Navid Afkari to death.” 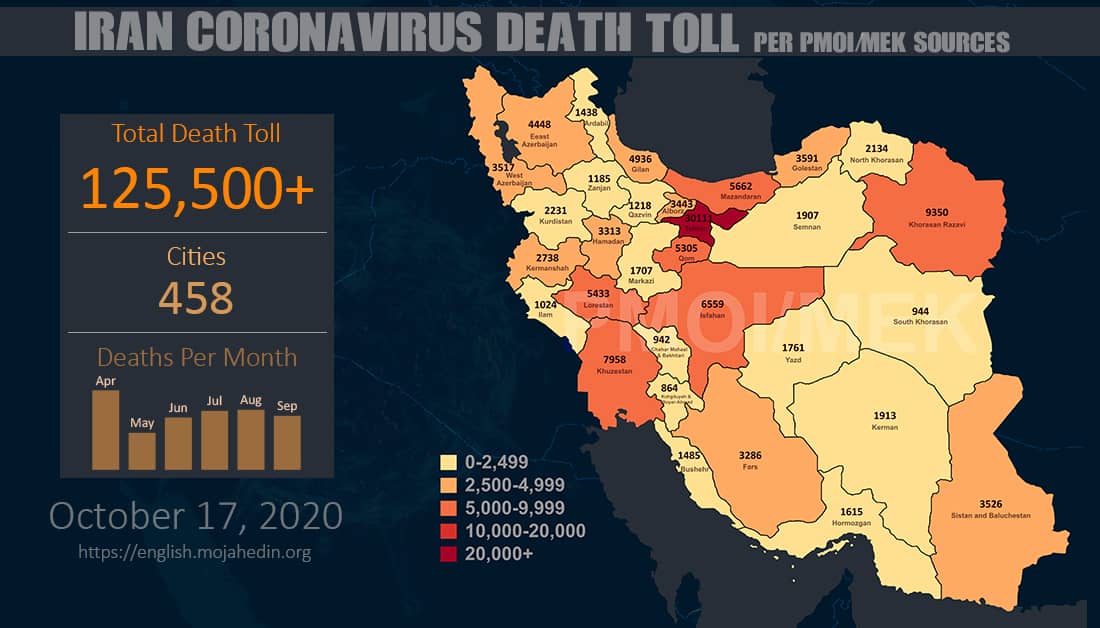 Maryam Rajavi: Condolences to the people and the Republic of France on the callous murder of a teacher

Condolences to the ppl &the Rep. of #France on the callous murder of a teacher. With sympathies on behalf of the ppl of #Iran with 120000 martyrs who are the first victims of religious fascism under the name of Islam.A tolerant &democratic Islam is the antidote to fundementalism

Nejat Anvar Hamidi and her husband have been recently sentenced to another 15 years in prison, each. They are charged with membership in the People’s Mojahedin Organization of Iran (MEK / PMOI) and disseminating propaganda against the state by Branch 4 of the Justice Department of Ahvaz. These charges are the same ones included in the first file against her.

Reports from Iran’s Sheyban Prison indicate that the condition of political prisoners is alarming. This is while that the number of inmates contracting Covid-19 in the prison has jumped up in recent months due to the increase in the number of prisoners in this facility.
Prisoners’ access to food is extremely difficult, and the prison store, which is the only food supply for prisoners, has been closed.

Sunday, October 18, 2020, marks the 337th day since the beginning of the nationwide Iran protests.

THE CONTENT OF THIS PAGE WILL BE UPDATED WITH THE LATEST NEWS UPDATE: 10:00 AM CEST Iran: The Staggering Number of Coronavirus Fatalities in 460 Cities...
Read more
News