Prisoner of conscience #SoheilArabi was transferred out of Greater Tehran Central Penitentiary on 18 Sept 2020. Prison officials have told his family he is now held in Raja'i Shahr prison, Karaj, but Soheil Arabi has had no contact with the outside world since his transfer. 1/3 pic.twitter.com/r3957vtFze

Workers of the Lamerd Petrochemical Co. in Fars Province (Iran), went on strike

The National Council of Resistance of Iran’s (NCRI) United States representative office in a press conference on Friday revealed details of the Iranian regime’s new centers to continue nuclear activities. In addition, the NCRI revealed the regime’s attempts for destroying all the evidence of their nuclear activities. 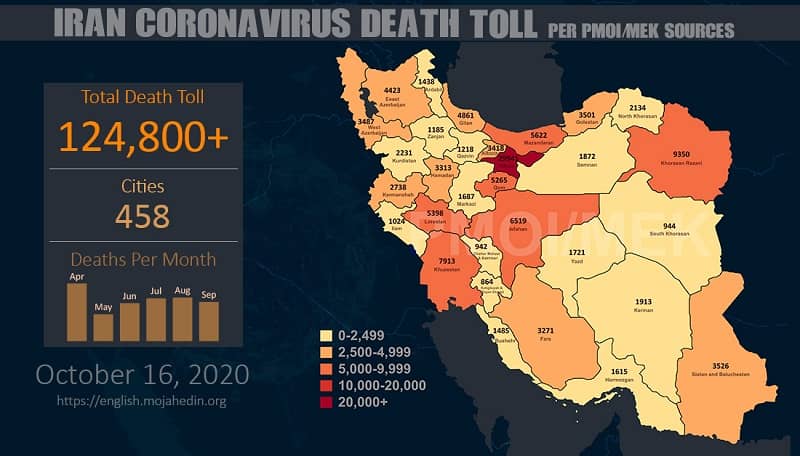 Saturday, October 17, 2020, marks the 336th day since the beginning of the nationwide Iran protests.

Previous articleIran: The Staggering Number of Coronavirus Victims in 458 Cities Exceeds 124,800
Next articleIran’s Regime Smuggles Medicine To Iraq, While Complaining About Sanctions