Internet Shutdown, Disruption of Mobile Networks, in Fear of Memorials for Killed Protesters 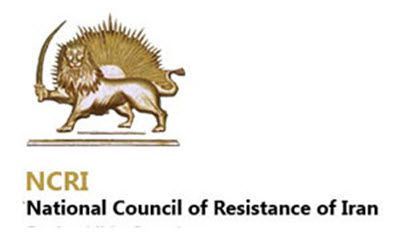 The anti-human clerical regime in Iran has again shut down Internet access in most parts of the country in fear of the traditional fortieth day anniversary memorial of protesters killed in the November uprising.

Reports indicate that internet access has been disrupted in the provinces of Tehran, Khuzestan, Alborz, Isfahan, Lorestan, Kurdistan, Kermanshah, Zanjan, Bushehr, and other locations. Authorities have also disrupted some mobile networks.

Authorities have attempted to prevent the ceremonial remembrance days held for those killed in the November uprising by arresting many of the families of martyrs, and young relatives, and freed political prisoners.

The regime has put all suppressive forces throughout the country on high alert and resorted to aerial surveillance with helicopters in areas such as Karaj and Shiraz.

3) “That order, confirmed by 3sources close to the supreme leader’s inner circle and a fourth official,set in motion the bloodiest crackdown on protesters since the Islamic Revolution in 1979,” Reuters added.https://t.co/fGpnpbCYc5#IranProtests #FreeAllProtesters #Internet4Iran

Suppressive forces on motorcycles and dismounted security personnel have deployed and are patrolling various streets and major intersections in Tehran, Karaj, Shiraz, and Shahryar.

The Iranian Resistance calls on the United Nations and all human rights defenders, and advocates of free speech and free access to information, to condemn the clerical regime’s suppressive measures. It also calls on the UN Security Council, the European Union, and its member states, to facilitate the free access of Iranian people to the internet.

Previous article
Names of 13 More Martyrs of the Nationwide Uprising Released
Next article
Iran: Messages and Pictures of Resistance’s Leaders in Tehran, Other Cities on Eve of 40th Day Memorial of Martyrs