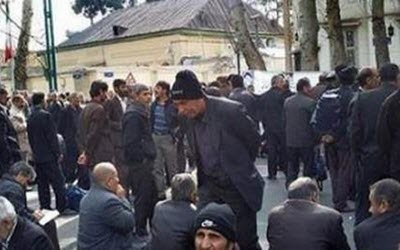 NCRI – A group of workers at Haft Tapeh Sugar Cane Company located in southwest Iran went on strike demanding insurance benefits which has been long overdue.

A worker participating in the rally that was held in the company’s complex on Sunday told ILNA state-run news agency that the workers have lodged the protest since the unemployment insurance receivables have not been paid to the sugar cane cutters who had been working in the company in the period 1988 to 2013.

Similar protest had been held in 2014 by the workers. After the protest, the Iranian regime had agreed to allocate 25 billion Tomans ($7.7 million) for payment of insurance premiums.

Furthermore, the amount of the insurance premium for the seasonal workers is still unclear.

Some 5,600 workers are currently working at the company. The workers have staged several protests in the past few years.

Previous article
Saudi Arabia: We Will Not Tolerate Iran Regime Interference in Syria and Yemen
Next article
The Iran Regime’s Revolutionary Guards (IRGC) Blacklisting Is a Long Overdue Measure