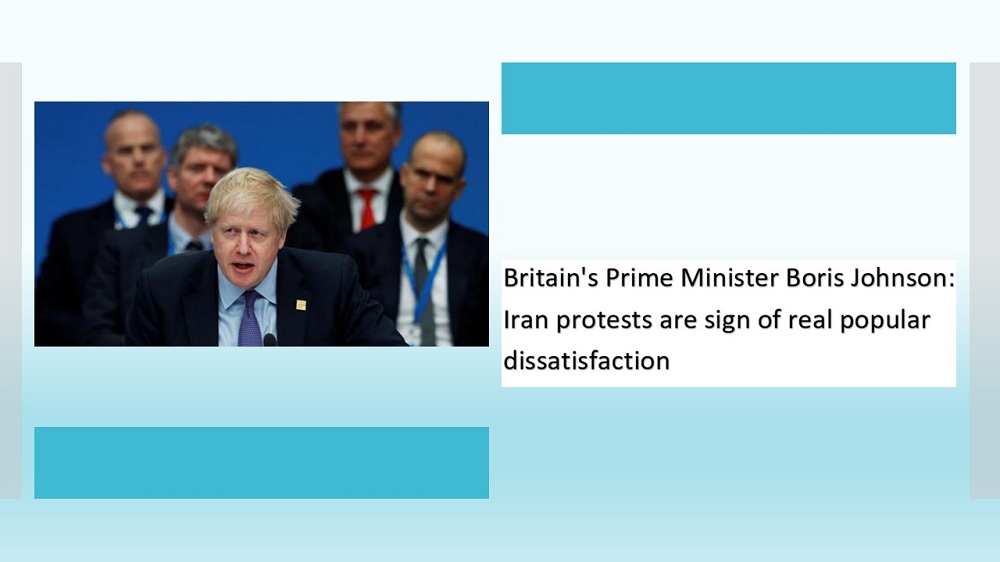 The : Death Toll in Uprising Surpasses 1,000

“My own feeling is that this is not just about fuel prices, this is a sign of real popular dissatisfaction with the regime and frankly I am by no means surprised,” Johnson told reporters at a news conference following a NATO summit in the UK.

“As so often, Iranian disruption in the region is a distraction from the failings of the Iranian regime,” Reuters quoted Johnson as saying.

“And the protests in Iran itself in 90-plus cities are taking place because the Iranian people are fed up.  They see a theocracy that is stealing money.  The ayatollah is stealing tens and tens of millions of dollars, putting it in his own pocket, money that should go to provide resources for the Iranian people.  And they just – it’s – they say enough and they’re demanding these basic rights.”

“In Iran, the reporting indicates that there are several hundred people who have been killed by the security forces, thousands detained inside of Iran, and to stand up and say that’s not right, these people are simply asking for a basic set of freedoms, and the Iranian leadership – that regime should change in a way that reflects the desires of their own people.”