Protests in Northeast Iran: A Sign of Society’s Restiveness 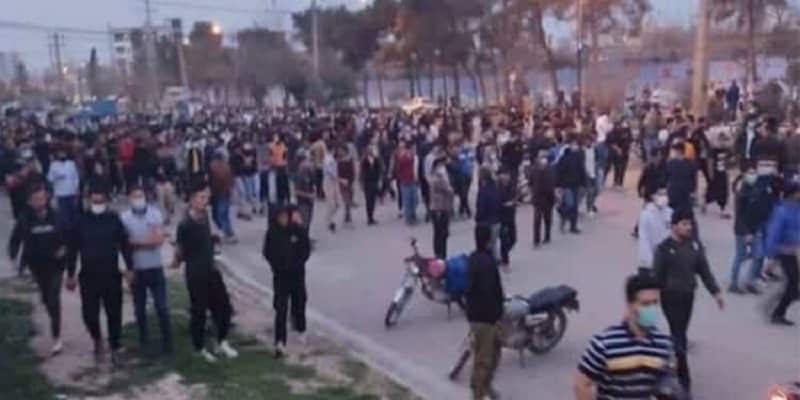 On Tuesday, locals in Gonbad-e Kavus, in northeast Iran, poured into the streets, protesting the regime’s inaction in the face of raping two girls.

A security guard in Golestan Dam raped two seven and eight-year-old girls. Their family members filed a judicial complaint and pressed charges of rape against the perpetrator.

Yet, the regime’s prosecutor rejected charges and claimed that the forensics report had denied any signs of rape. He added that the security guard had been summoned and charged with “kidnapping.” Following the prosecutors’ remarks, locals in Arab Sharank village held a protest. In response, the regime’s State Security Forces (SSF) tried to oppress protesters. People clashed with SSF forces and broke car windows of SSF forces. The regime has dispatched anti-riot units to oppress locals.

March 23 – Gonbad Kavus, northeast #Iran
Angry locals took to the streets and clashed with State Security Forces after a judge cleared a security from charges of raping two small kids.
The parents and locals were protesting this decision.#IranProtestspic.twitter.com/xdOSSkHp4e

The regime has not been able to quell society, and there have hundreds of social protests throughout 2020. The regime has increased its oppressive measures due to its fear of society’s restiveness. There have been at least 80 executions since the beginning of 2021.

On Wednesday, the regime’s Judiciary Chief, Ebrahim Raisi, threatened the public. “No insecurity in society is tolerable; the police and security officials should let disruptors act,” he said according to the state-run TV. These remarks are not unexpected from a person who is one of the main perpetrators of the 1988 massacre of 30,000 political prisoners.

In addition to Raisi, the regime’s SSF force and police held a maneuver on the Eve of the Persian New Year of 1400 in Tehran.