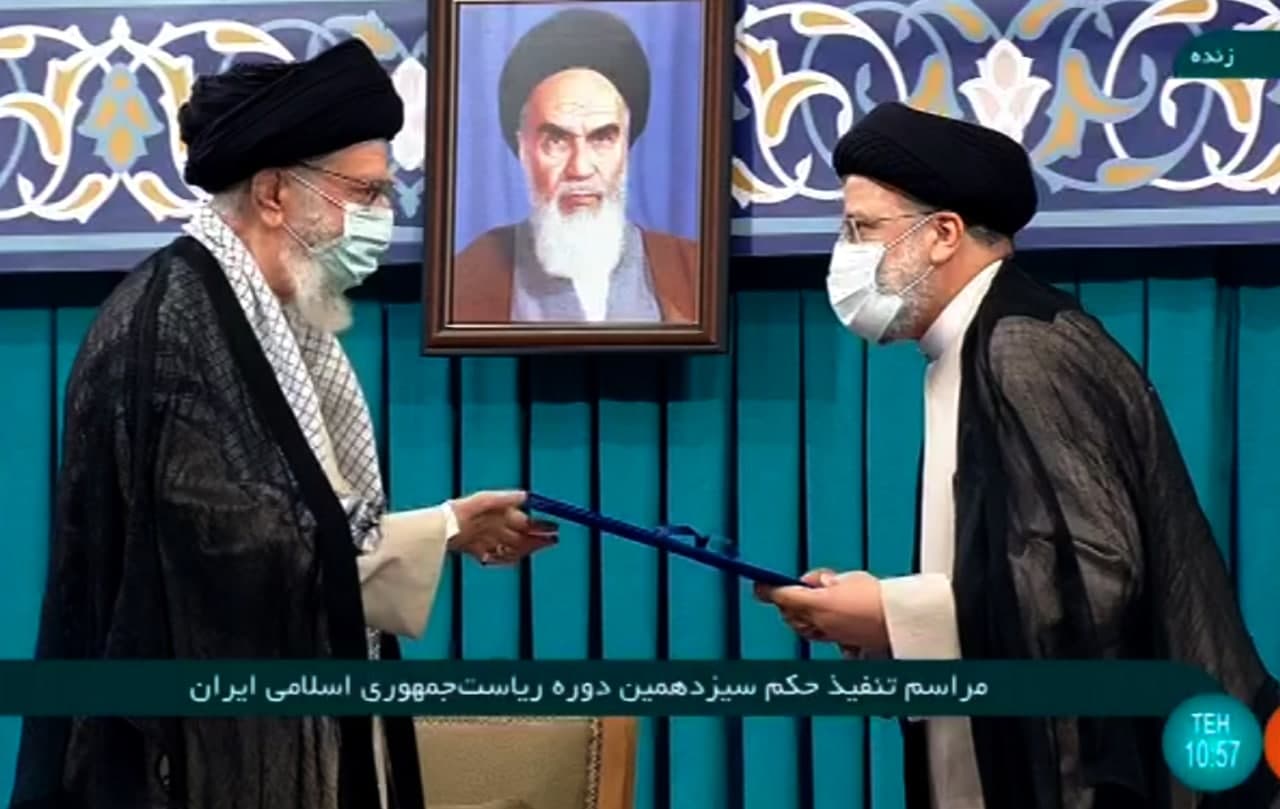 When the Iranian regime’s Supreme Leader, Ali Khamenei, appointed and blessed Ebrahim Raisi as president, state-run media applauded this action, hoping it would unify the shattered ranks of the clerical regime. A year later, the course of events continues to show the opposite.

The major Iran protests in November 2019 rattled the regime’s foundation. Iran’s ruling theocracy managed to stay in power by killing over 1500 protesters and indirectly killing over half a million Iranians by deliberately mismanaging the Covid-19 pandemic.

But soon, protests by angry Iranians due to the country’s economic woes and the regime’s corruption kick started. The upward trend of demonstrations since 2018 had terrified the regime exacerbating its infightings. Khamenei, who purged rival candidates during the sham parliamentary elections in 2020, was poised to get rid of the rival faction once and for all, as he perceived the slightest opposition in the regime could fuel more uprisings.

So, he chose Raisi, despite his dark human rights record and international status as a criminal due to his role in the 1988 massacre of 30,000 political prisoners. He also handpicked Raisi’s cabinet, appointing notorious Revolutionary Guards (IRGC) commanders or elements from his inner circle.

Raisi’s government was tasked with increasing oppression, and what is expected from an illiterate president who has spent his days issuing death and prison sentences?

Yet, to control Iran’s volatile society, Raisi and his government did not shy away from giving hollow promises of economic and social reforms. Raisi’s ridiculous gesture of ordering to eradicate poverty in two weeks or the bogus claim of Hojat Abdolmaleki, Minister of Labor, that people could start a decent job with 10 million rials- nearly $31- was even mocked by Iran’s tightly controlled media.

“Skyrocketing prices, rampant inflation, and the constant devaluation of the national currency are testaments to the ineptitude of those officials who came to power with the promise of rapidly resolving people’s problems. Now, they face righteous protests by people due to the financial calamity,” the state-run Jomhurie Eslami daily acknowledged on June 16.

In an open letter to the Iranian people, Iran-based economists acknowledged some aspects of Raisi’s disastrous policies. “The trend of social unrest and public concern about the livelihood and sustainability of their businesses has reached an explosive stage,” they warned.

“The reforms eliminated the preferential exchange rate of 42,000 rials for a dollar, impacting the prices of dairy products, animal feed, poultry farming, eggs, vegetable oil, and some medical products and medicine. Prior to this, the subsidies and the preferential rate allocated to import flour, the prices of bread, pasta, and cakes skyrocketed.”

Raisi, who has been projecting all problems on his predecessor Hassan Rouhani, was called out by the regime’s supporters, who asked why he has not resolved economic crises despite selling oil at $110 per barrel. Of course, they deliberately avoid mentioning how Tehran squanders billions of dollars on terrorism and its ambitious nuclear program.

As Iran’s economy plunges, protests by people from all walks of life continue to increase. People chant slogans against Raisi and his government, and this has caused a lot of stir in the regime. Ongoing demonstrations showed the first cracks in Khamenei’s so-called “revolutionary” government and parliament. The carefully handpicked and Guardian Council-vetted MPs called for the impeachment of Raisi’s ministers, and some members of the IRGC’s Basij paramilitary asked Khamenei in a meeting on May 25 to stop calling the Majlis “revolutionary.”

Khamenei, who has gambled the fate of his regime on Raisi and the current Majlis (parliament), did not back down from supporting them. But he asked his MPs to stay “revolutionary” and “avoid confronting other branches,” thus acknowledging the increasing and “dangerous” infightings.

With growing calls in the regime’s parliament to impeach Abdolmaleki, he resigned on June 14. Shortly after, Minister of Industry, Mines, and Trade Reza Fatemi Amin, who failed to provide a convincing answer to MPs’ questions about the ministry’s weakness in controlling prices, was threatened with impeachment.  It seems that the “revolutionary” Majlis can no longer cope with Raisi’s “young and Hizbollahi” government. When there is nothing to loot, thieves lock horns.

The regime’s corrupted MPs, who themselves have open corruption cases by the Judiciary, are just shedding crocodile tears for the people. Their real fear is the public reaction to the country’s worsening economic crunch.

The people’s slogans against Raisi and Khamenei, the increasing number of attacks on the regime’s clerics in many Iranian cities, along with the remarkable growth of operation by the Iranian Resistance Units point to the volatile situation in Iran, delivering heavy blows to Khamenei’s efforts to close ranks in his moribund regime. Nevertheless, will Khamenei see the end of his “beloved” and “sweet” government of Raisi, as he described it once?