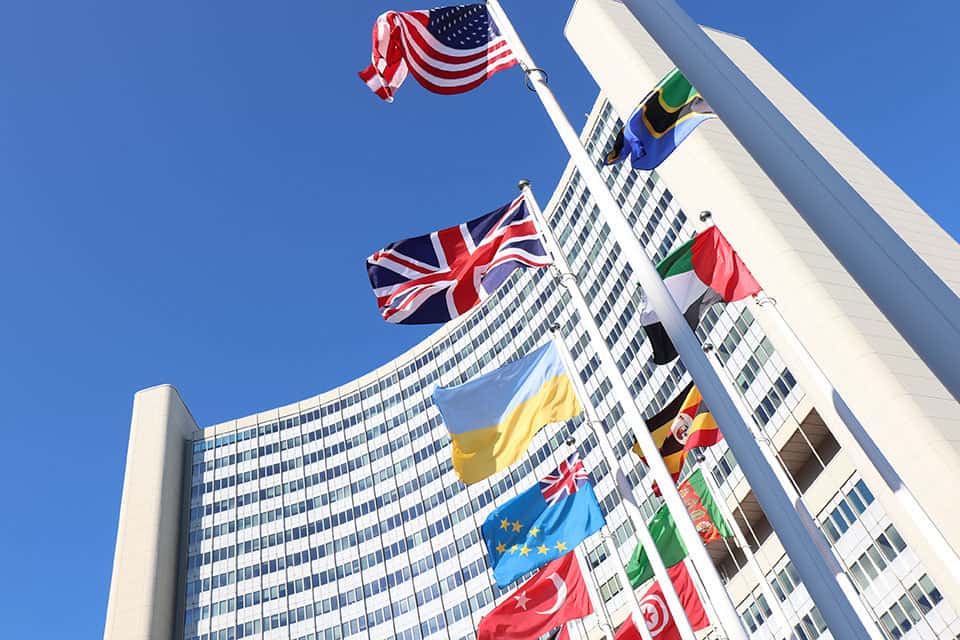 The Iranian Resistance has long advocated for regime change as the only reliable means of solving problems created by Iran’s theocratic dictatorship. But for just as long, American and European lawmakers have continued to operate on the assumption that regime change is not attainable and that the clerical regime’s long-term hold on power is an indelible fact of geopolitics.

That assumption has been reinforced by – and arguably grounded in – the Iranian regime’s own propaganda. Ever since the authorities killed thousands of Mojahedin-e-Khalq (MEK) members during a massacre of political prisoners in the summer of 1988, the regime has been acting as if there is no pro-democracy opposition to speak of. Countless state media broadcasts and scores of state-financed books and movies have written off that opposition as nothing more than a small “cult,” and their talking points have variously infiltrated global media and thereby influenced Western policy discussions.

Albania’s Top Channel T.V., citing an Albanian intelligence source, disclosed on August 2, 2022: “In addition to the cyber-attack in Albania, the extra-territorial intelligence unit of the (IRGC’s) Quds Force secret operations also dispatched secret agents to vilify MEK members. To this end, this unit also attempted to infiltrate into the Albanian media.” Reads a statement by NCRI on August 3, 2022.

It is a well-known fact that Iran’s Ministry of Intelligence (MOIS) secretly recruits former MEK members and instructs them to act as opposition to the regime while being critical of the MEK. This has been one of the main tactics of the regime to pursue its demonizing campaign against the MEK.

On July 15, Albanian media reported that 20 Iranians have been under investigation by local authorities and anti-terrorism units on suspicion of espionage, based on orders of Albania’s Special Courts against Corruption and Organized Crime (SPAK—GJKKO). “At the request of the Special Prosecutor’s Office, inspections are being carried out in their apartments,” according to one report. The investigation into these individuals has continued for four years, according to the BalkanWeb website.

The main goal of this campaign has been to say that the regime has no alternative and the right policy towards the regime in the engagement and efforts to force the regime to change its behavior.

The resulting policies have shown a troubling tendency toward appeasement of the Iranian regime since European and American leaders have persisted in viewing themselves as having little choice other than to deal with the regime on its own terms or else risk a long, devastating war aimed at driving the mullahs from power.

To deal with Tehran’s threats, the world should stand with Iran’s people

Concurrent with the notion that the regime has no viable alternative, the narrative that the choice between “dealing with the regime on its own terms or risk of a long war” is what the regime’s lobbies in the West have been parroting for years.

The people and their organized resistance are missing factors in the West’s policy towards Iran.

“A serious missing factor in U.S. policy towards Iran has been the lack of political support for the organized opposition. The regime in Tehran went to the extreme to massacre 30,000 political prisoners, whose main targets and a majority of victims were the MEK.” Former U.S. Secretary of State Mike Pompeo said in a visit to Ashraf-3, Albania, on May 16, 2022.

More than a simple endorsement of regime change, that message includes detailed explanations of how that outcome can be achieved without severe costs or additional risks for Western nations. The NCRI has always insisted that the Iranian people are prepared to pursue a change of government on their own, and at the same time, the MEK has been actively organizing protests and direct action to demonstrate the truth of that claim.

Despite the regime’s widespread propaganda, its Supreme Leader Ali Khamenei was put in a situation at the beginning of 2018 which compelled him to acknowledge that the MEK was demonstrating more social clout and organizational capability than his regime had previously admitted was possible. Iran started that year already mired in a nationwide uprising that featured chants like “death to the dictator” in well over 100 participating cities and towns.

Since then, there have been several similar uprisings, including one that began last month as a result of arbitrary cuts to food subsidies by the regime’s President Ebrahim Raisi. That uprising and an underlying trend of popular unrest have provided further outlets for the slogans and calls to regime change that defined the 2018 uprising. In this way, they also demonstrate the relative imperviousness of that messaging to the regime’s concerted efforts to suppress it.

Raisi’s installation as president in June of last year was widely recognized as a precursor of greater repression to come. He assumed that position as a promotion from the head of Iran’s judiciary, which he oversaw during prior uprisings, including that of November 2019. That uprising, in particular, saw at least 1,500 Iranians killed by armed security forces, who also carried out thousands of arrests and set the stage for Raisi’s judiciary to initiate a months-long campaign of torture and protracted interrogation.

These actions helped to compound Raisi’s reputation as the “butcher of Tehran,” which he earned after serving as one of the four officials on the capital city’s “death commission” which oversaw the mass execution of political prisoners in Evin and Gohardasht Prisons during the 1988 massacre. Nationwide, that massacre is reputed to have claimed 30,000 victims, and Raisi is arguably responsible for the greatest single share of them. His role in the massacre marked him as one of Tehran’s most enthusiastic supporters of corporal and capital punishment, and it is no surprise that since Raisi took office last year, abuse of the death penalty has skyrocketed, with more than 300 inmates being hanged in the first half of 2022 alone.

This sort of overall tendency toward abuses makes it all the more remarkable that the Iranian people have been willing to go on openly defying the clerical regime, spurred on by the MEK and the NCRI. This, in turn, underscores the value of listening to those groups on the international stage. At the same time, Raisi’s career trajectory from mass executioner to president clarifies the moral imperative to support that opposition and help set the stage for it to achieve its ambition for regime change.

It is more apparent now than ever that the international community needs new strategies for dealing with the Iranian regime and the crises it creates. The Iranian resistance has clear recommendations to offer on that topic. It is time for regime change skeptics finally to pay attention to this reality.