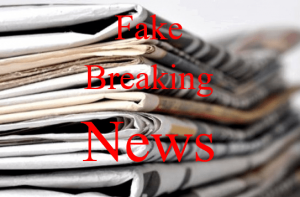 The Iranian regime is globally infamous for its international terrorism. Its history of domestic repression is also well-recognized, albeit with significantly less detail than its history of attacks on Arab and Western assets. Meanwhile, there seems to be hardly any attention at all being given to the Iranian regime’s parallel strategy of sowing disinformation about its domestic situation in order to influence policy decisions among foreign adversaries.
However, some Western lawmakers and foreign policy experts have been making an effort to correct this oversight. Many of them appeared in a videoconference that was organized in July by the National Council of Resistance of Iran (NCRI). While not strictly focused on the regime’s strategy of disinformation, that event went to great lengths to counter the regime’s official narratives regarding the domestic opposition groups that make up the NCRI coalition, particularly the People’s Mojahedin Organization of Iran (PMOI-MEK). Supporters endorsed the view that this group presents a meaningful threat to the regime’s hold on power, and they also sought to explain why their own governments have not yet done the same.
Among these speakers was US ambassador and former Assistant Secretary of State Lincoln Bloomfield. His remarks largely focused on the findings of an investigation that he made into the MEK in the year before it was finally freed of its false inclusion in the State Department’s list of terrorist groups. Bloomfield noted that his findings eventually led to him co-authoring a book on the history of the MEK, with the intention of correcting many falsehoods that had spread throughout the world with their roots in Iranian state propaganda.
“Incredibly,” he told the NCRI event, “seven years after this book came out – in 2020 – Western media and think tank reports still repeat the allegations that were entirely debunked, officially, by court challenges in France, the European Union, the UK and the United States.” Bloomfield and others then went on to explain that this persistent disinformation is generally the result of ongoing efforts by the Iranian Ministry of Intelligence and Security to infiltrate Western media with its talking points, often by having government operatives pose as independent experts or even former members of the MEK.

If there is any doubt about this, let it be known that Tehran is all but transparent about its efforts to infiltrate MEK communities abroad using operatives who pose as aspiring members, or relatives of existing members. The Intelligence Ministry even runs an institution it calls the “Nejat Society,” with the ostensible goal of helping family members to reunite with MEK activists who currently live at the compound in Albania known as Ashraf-3.

In April of this year, the institution issued a statement that said “representatives of the Nejat Society became widely active in 27 provinces of the country” to collect signatures demanding that the Albanian government issue visas for persons wishing the visit Ashraf 3. But the claim that these visas would be issued for the families of MEK members is belied by the fact that in the past, merely having family in the MEK has been grounds for harsh punishment by the Iranian judiciary. Actually visiting that family has proven to be a death sentence on multiple occasions.
In 2006, a 59-year old man named Ali Saremi was sentenced to a year in prison for visiting his son in Camp Ashraf, the community in eastern Iraq that had housed many of the current residents of Ashraf 3 until they were relocated following many attacks from Iranian operatives. Sometime after Saremi was released in May 2007, the authorities determined that his punishment had been inadequate and that the visit with his son most likely signified his own support for the MEK. For this, he was accused of exhibiting “enmity against God,” and was sentenced to death. That sentence was abruptly carried out in December 2010.

Amnesty International responded to the incident by issuing an urgent action statement about seven other visitors to Camp Ashraf who were still in prison and at risk of similar execution. The statement called attention to the unfairness of their trials and to their mistreatment and lack of access to medical care while in prison. Yet it obtained little attention from Western powers and the very next month two of the seven men – Jafar Kazemi and Mohammad Ali Haj-Aqai – were also hanged.

It would be an unbelievable reversal of perspective for the Iranian regime if it had gone from executing the relatives of MEK members to actively trying to reunite them through the “Nejat Society.” It is plainly obvious that this institution is part of an ongoing effort to infiltrate Ashraf 3, for the dual purposes of plotting attacks on the regime’s adversaries and lending credence to the propaganda that is always being spread on a global scale about those adversaries.
The former goal has failed thus far. But the threat was underscored in 2018 when the Albanian government expelled two Iranian diplomats after determining that they had been involved in the planning of terrorist attacks on Ashraf 3. But the goal of disinformation has been somewhat more successful. On multiple occasions, Western media has cited a “former member” of the MEK in libelous stories about the conditions of Ashraf 3, even after it was proven that the member in question had not simply left the group but had been cast out on suspicion of ties with Iranian intelligence.
These issues were exposed once in 2019 and again early this year in two separate German court cases. The first dealt with a story on Ashraf 3 and the MEK which had been published in the news magazine Der Spiegel, the other with a similar story in Frankfurther Algemeiner newspaper. Both cases ended with rulings in favor of the MEK’s parent coalition, and orders for certain claims to be removed and not repeated by the publications.
Yet by the time of these rulings, the damage had already been done. No doubt the false information in both articles is still circulating somewhere in other media, if only in Iranian state propaganda, where references to legitimate foreign news outlets can give a veneer of plausibility to narratives created by the Iranian Intelligence Ministry.
This in turn makes those narratives more attractive to news organizations and other media that are prone to influence from Iranian propaganda networks. And from there, they contribute to what former US Senator Robert Torricelli referred to in July’s videoconference as “a shadow of public relations firms, operatives, and companies that are disseminating false information.”
This persistent cycle of disinformation arguably does even more damage than Iran’s domestic repression and foreign terrorism, because it convinces the international community that there is no viable and respectable alternative to Iran’s clerical regime, and thus no way of seeing that regime overturned other than by starting a way. This is apparently the only reason why leading world powers haven’t been spurred to support the Iranian Resistance in the wake of two recent, nationwide uprisings that challenged the regime in unprecedented ways. In this way, the lack of awareness about Tehran’s disinformation campaign leads the world to turn a blind eye to the best opportunity for establishing democracy in the heart of the Middle East.

Previous articleIran Coronavirus Crisis: Over 100,500 People Lost Their Lives, Yet Mullahs Reopen Schools. What Is the Outcome?
Next articleIran: Coronavirus Update, Over 100,900 Deaths, September 9, 2020, 6:00 PM CEST