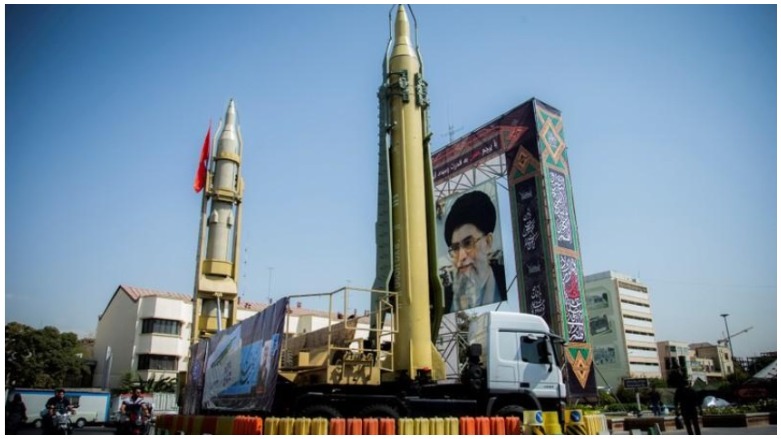 Simultaneous with the ongoing negotiations in Vienna between the Iranian regime and the world powers over the Iran nuclear the majority of the United States House of Representative called for a firm Iran policy.

On Tuesday a press conference was held to highlight a resolution that had been introduced to the US House of Representatives, which expressed support for the Iranian Resistance movement and condemned a range of malign activities that the Iranian regime is performing outside of the nuclear sphere.

Although H. Res. 118 does not mention the nuclear agreement by name, it prominently called for “a democratic, secular, and nonnuclear Republic of Iran.”

Earlier in April, the Natanz nuclear facility was damaged by an attack. The regime boasted that it was installing more advanced centrifuges at the site and immediately putting them to work enriching uranium to 60 percent fissile purity. It is the highest level of enrichment that the regime is known to have achieved so far, and it is also far beyond the level that it would need for any of the civilian nuclear projects that the regime insists are the sole purpose of its nuclear program.

When the mullahs’ regime achieved 20 percent enrichment before the start of negotiations that would lead to the Joint Comprehensive Plan of Action, it was widely reported that this put the regime only a short technical step away from the 90 percent purity that would be necessary for the construction of a nuclear weapon. With the advent of 60 percent, that step has become substantially shorter, now there is more reason that the agreement never actually reduced the regime’s “breakout time” to the extent it was supposed to.

This argument was already in full force soon after Tehran began systematically and publicly violating the deal. To a great extent, those violations took place more quickly than should have been possible if the JCPOA had truly impeded the progress of Tehran’s nuclear development. Iranian state media provided a partial explanation of that situation when it published interviews with Ali Akbar Salehi, the head of the Atomic Energy Organization of Iran, in which he blatantly admitted the regime had deceived fellow signatories and the UN’s nuclear monitors by feigning compliance with restrictions on uranium enrichment and plutonium production.

Mahmoud Alavi, the head of the regime’s Ministry of Intelligence, underscored the significance of these deceptions in February when he pointed publicly contemplated the possibility of Tehran actively pursuing a nuclear weapon, then attempted to present that outcome as something the regime might be “pushed” into by foreign pressures. The remarks laid bare the regime’s strategy of nuclear blackmail or using the threat of nuclear armament as a basis for demanding more extensive financial and diplomatic concessions from negotiating partners. This was the regime’s starting point when discussions began in Iran, and the regime has shown no willingness to move from that position ever since.

Leading regime officials have explicitly and repeatedly demanded that the US lift all sanctions at once before Tehran takes one step back toward compliance with the terms of the JCPOA. This should have been a non-starter for the agreement’s European participants, but unfortunately, their actions in Vienna support the notion that they are primarily obsessed with restoring the status quo, and are prepared to continue pressuring the White House to adopt concessions that lead to that outcome.

There are grave concerns that European pressure could prevail, leading to the regime facing no consequences for its systematic violations or for its implicit and explicit threats of nuclear blackmail.

This is troubling enough on its own, but what is much worse is the fact that if the regime isn’t swayed from its position in the Vienna negotiations, then it will effectively be getting away with a range of other malign activities, as well. Since the JCPOA went into effect, the regime has been escalating its hostage-taking and repression of dissent, has committed some of its worst human rights violations in many years, and has attempted to carry out terrorist attacks on European soil.

A number of these incidents were highlighted in H. Res. 118, in support of the declaration that US policy should “hold Iran accountable for breaching diplomatic privileges,” “stand with the people of Iran,” and “recognizes the rights of the Iranian people and their struggle to establish a democratic, secular, and nonnuclear Republic of Iran.”

In the wake of many provocative nuclear activities, it becomes clear that the latter goal cannot be attained under the existing regime.

In November 2019, the regime cracked down on a nationwide uprising by killing 1,500 peaceful protesters, and in February 2021, four of the regime’s operatives were found guilty of attempting to set off explosives at the NCRI’s annual gathering in France – a plot that could have killed hundreds, including American and European citizens and political dignitaries. These and other incidents have, by all accounts, gone unmentioned at the Vienna talks. But it is naïve to think that matters of terrorism and human rights can be fully separated from Iran’s nuclear provocations when all of these stem from the same belligerent ideology.

The JCPOA’s European signatories should increase pressure on the regime to curb its malign activities. They should live up to their own claims of being human rights defenders by making it clear that the nuclear agreement cannot lead Tehran to adopt a greater sense of impunity in other areas of its policy and behavior.

Previous articleRouhani Acknowledges the Role of the Supreme National Security Council (SNSC) In Terrorism, Crimes, and Warmongering
Next articleIran News in Brief – April 30, 2021