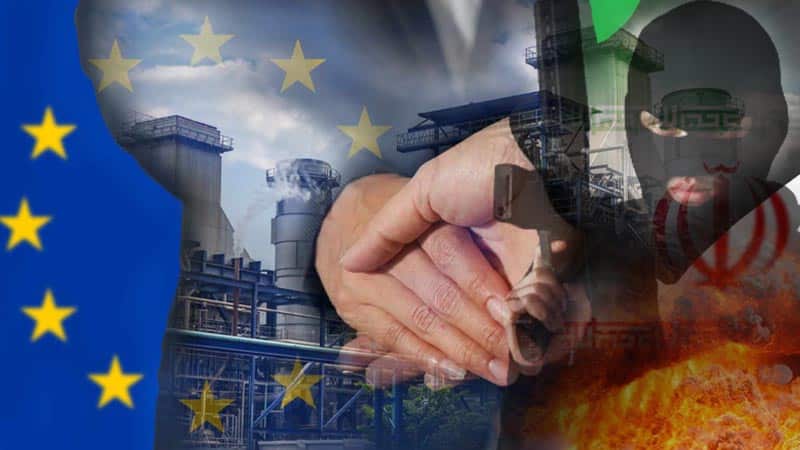 Josep Borrell, the European Union’s head of foreign policy, recently confirmed that he would be taking part in the Europe-Iran Business Forum at the beginning of March. Borrell is scheduled to deliver one keynote speech at the online conference, while another will come from Iran’s Foreign Minister Javad Zarif. The plans have already sparked outrage among critics of the Iranian regime who had urged Borrell and other leading European officials to specifically take action against Zarif in the wake of the February 4 conviction of a high-ranking Iranian diplomat who led an unsuccessful plot to set off a bomb at a 2018 gathering of Iranian expatriates near France.

In a statement expressing concern over European silence on the matter of that conviction, the International Committee in Search of Justice (ISJ) described the forthcoming Business Forum as an example of “catastrophic capitulation to the Iranian regime’s attempts to bomb and kill people on European soil.” Former officials from Britain, Italy, and Portugal signed that statement along with former European Parliament Vice President Alejo Vidal-Quadras, who now serves as chairman of the NGO which focuses on promoting human rights and democracy in Iran.

Many other European lawmakers had previously joined Vidal-Quadras in signing a similar statement while the trial of the Iranian diplomat, Assadollah Assadi, was still ongoing. That statement anticipated Assadi’s conviction but emphasized the notion that European governments should not be satisfied with targeted legal penalties for the individuals directly involved in the 2018 plot. Instead, the signers agreed, the EU should pursue a broader political response with the goal of enforcing accountability for high-ranking Iranian officials such as Zarif.

The Assadi trial took place in Belgium, and the nation’s security service issued a report in early 2020 which declared that the terror plot had not been undertaken by Assadi on his own initiative but had been ordered from high within the regime. The National Council of Resistance of Iran (NCRI), which organized the target event, announced that both the regime’s Supreme Leader Ali Khamenei and President Hassan Rouhani had contributed to plans for the attack. Clearly the worries being expressed by the likes of ISJ include the potential for things like the Europe-Iran Business Forum to give undue legitimacy to the entire ruling system, as well as the Iranian officials who will be personally taking part.

ISJ, its supporter, and like-minded individuals all have good reason to be frustrated with the response they have received so far to expressions of this concern. About three months earlier, it seemed as if the EU’s leadership and the organizers of the Business Forum were concerned with the relationship between their own reputations and that of the Iranian regime. The event had originally been scheduled to take place in December but was cancelled at the last moment when international condemnation followed the news that the regime had executed a dissident journalist.

That individual, Ruhollah Zam, had been residing in France. Zam was reportedly lured to Iraq upon false promises of a story lead, then was kidnapped back to Iran. In mid-December 2020, the regime announced that they had executed him on the basis of the vague, political charge of “spreading corruption on Earth.”

The EU unquestionably made the right decision by cancelling the Business Forum in response. But the value of that move will be essentially nullified if Borrell and other European officials follow through in resuming their original plans after a delay of only three months. The Zam execution was a horrific injustice in its own right, but it was also indicative of several larger phenomena involving the Iranian regime, and the goal of any political response should have been to secure meaningful concessions in each of those areas.

As it stands, not only has Iran’s overall behavior not changed, but there hasn’t even been any serious accountability for the Zam and other executions cases, considering that thousands of Iranian citizens were arrested and tortured in the wake of a November 2019 uprising, as part of a crackdown that also involved an estimated 1,500 peaceful protesters being shot dead by the Islamic Revolutionary Guard Corps (IRGC).

Even on the most superficial reading, the Europe-Iran Business Forum promises to let Javad Zarif and his regime off the hook for the unjust killing of Ruhollah Zam. On a deeper reading, it also promises to let them off the hook for the underlying habit of political violence – something that has implications both for Iran’s domestic human rights record and for its foreign policy.

If the Business Forum takes place over the first three days of March, it will take place in the wake of dozens of executions. In January, the Iranian judiciary hanged at least 27 people, putting itself well on the way to renewing its status as the nation with the world’s highest per-capita rate of execution. On February 17 alone, the regime killed at least seven prisoners, including one woman who had apparently killed her abusive husband in self-defense.

Worse still, the Business Forum will be taking place before there has been any serious reckoning with the guilty verdict for a high-ranking Iranian diplomat who led a terror plot on European soil.

This will only send a dangerous message to the mullahs in Iran; they can continue their brutality at home and pursue their terrorism in Europe.