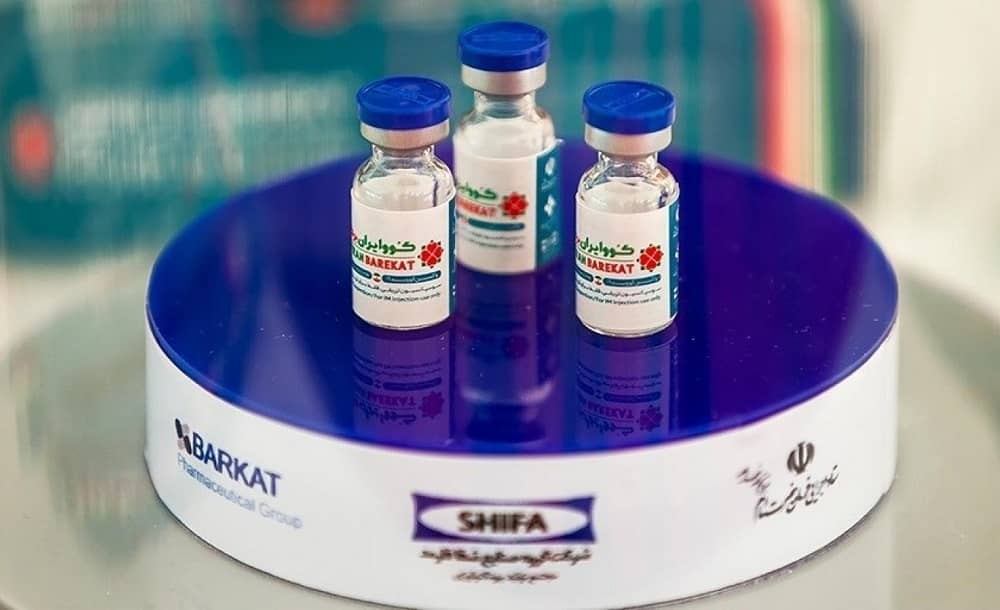 Iran’s Covid-19 death toll is rapidly rising. Many Iranian health experts warn about the upcoming sixth wave of the coronavirus and its high mortality rate. This crisis could have been prevented if Tehran had used an effective vaccination plan. Instead of procuring WHO-approved Covid-19 vaccines, the regime insisted on producing and using its COVIran Barekat vaccine.

Reports from Iran indicate many people contracted Covid-19, experienced painful side effects, or died after receiving the first dose of COVIran Barekat. Thus, the regime has been forced to stop using Barekat due to the public opinion’s pressure.

Mohammad Reza Mahboubfar, a health expert, confirmed this fact in an article published on Wednesday by the state-run Hamdeli daily.

“With the new surge of the Covid-19 outbreak and the early arrival of its sixth wave in Iran, reports indicate the injection of Barekat vaccines has stopped, and the project has been silently dismantled,” Mahboubfar wrote. He cited ‘some Barakat vaccine side effects and the lack of public trust in the vaccine’ as the reason for stopping this project.

While Barekat’s efficiency was under scrutiny since its early production stages, the regime claimed it would produce 50 million doses of these vaccines by the first half of 2021, but it did not.

“If the eight-month delay in vaccination in the country was only due to the provision of safe vaccines for the people of the country, then why, unlike all vaccines in the world, after months of Barakat vaccine injection, a scientific article on Barakat vaccine results and documentation has not been published,” Mahboubfar wrote in this regard.

“Due to the ban on valid foreign vaccines in the country and the self-imposed sanctions, Iran practically lost the opportunity to purchase all types of WHO-approved vaccines from COVAX,” Mahboubfar wrote in this regard.

Before Khamenei publicly banned vaccines, regime officials, such as the former Central Bank Chief, Abdolnasser Hemmati, blamed U.S. sanctions for not importing the Covid-19 vaccines. On December 7, Hemmati claimed that U.S. sanctions were preventing Iran from procuring vaccines, using the COVAX payment facility that is jointly managed by Geneva-based Gavi, the Vaccine Alliance, and the WHO.

Gavi immediately rejected this claim. This organization’s spokesperson said was no “legal barrier” to Iran purchasing vaccines through COVAX as the U.S. Treasury’s Office on Foreign Assets Control had issued a license covering coronavirus vaccine procurement.

Even now, after it has become evident that the mullahs deliberately refused to procure vaccines, the regime officials continue to blame sanctions for not procuring enough vaccines and shortage of raw materials for producing vaccines.

Why, Unlike Many Countries, Iran’s COVID-19 Crisis Amplified?

“It has been suggested that in addition to vaccines, the raw materials needed to produce vaccines in the country have been severely restricted due to sanctions. But humanitarian goods or the sale of food, agricultural products, medicine, and medical equipment and vaccines have not been subject to sanctions from the beginning. If Tehran had not banned credible vaccines, it could have procured vaccines through COVAX using its frozen assets. It could have provided the vaccine required by the population and not to delay the vaccination for up to 8 months,” Mahboubfar wrote in this regard.

The regime’s new president, Ebrahim Raisi, also acknowledged recently that the regime “has never faced financial problems to import of valid vaccines into the country,” and “Iran can purchase foreign vaccines with the necessary resources it has.”

Now one might ask why Khamenei banned vaccines and insisted on producing “domestic vaccines?”

The major Iran protests in November 2019 rattled the regime’s foundations. People called for regime change. Khamenei could control Iran’s society by killing over 1500 protesters. But, protests erupted in less than two months when the Revolutionary Guards (IRGC) shot a Ukrainian airliner. Khamenei needed a much stronger weapon to oppress or shelve increasing protests. When the Covid-19 virus entered Iran, the regime embraced this deadly virus as an ally. Khamenei called it a “test” and “blessing” in March. Thus, the regime started an inhumane Covid-19 policy, trying to use the mass casualties as a barrier to another popular uprising.

Besides, when the global vaccination began, Khamenei cunningly rejected credible vaccines to both continue using the virus and its mass casualties to control society and profit from the so-called domestic vaccine.

On December 14, the state-run Jahan-e Sanat revealed that “The Food and Drug Administration is under intense pressure to approve domestically produced vaccines and anti-coronavirus medicines. Because obtaining approval from the Ministry of Health means a huge profit for the drug owner.”

Barkat Pharmaceuticals Holding Company was behind producing the COVIran Barekat. The holding is controlled by the Execution of Imam Khomeini’s Order (EIKO), which is under Khamenei’s direct supervision.

As Raisi and his administration have been making hollow promises of vaccinating the entire population, it should be noted that EIKO’s chairman, Mohammad Mokhber, is Raisi’s Vice President, and Raisi’s Health Minister Bahram Ainollahi is one of the signatories of a letter opposing the import of credible vaccines to Iran.

In other words, as Mahboubfar suggested, the world should expect Iran’s Covid-19 crisis to worsen under the mullahs’ regime.